Struggling to get to grips with the slow-mo breaches on this mission? We've got some handy tips to help you overcome this mission.

The remastered campaign for Call of Duty: Modern Warfare 2 is now live on PS4 and is to be released on PC and Xbox on April 30th.

Containing several graphical and physical improvements, the single-player mode looks better than it ever did and there is no better time to get back into the story or experience it for the very first time.

In this article, find a full walkthrough of the “The Only Easy Day…Was Yesterday” mission along with some handy tips for various stages of the mission.

You begin the mission in the submarine as you and the task force prepare to take control of the oil rig. The opening sequence of the mission is very straightforward as you are piloted through the seas to the oil rig.

Once you have surfaced from the water, pull one of the guards into the depths and make your way up onto the rig.

Follow the rest of the 141 up the stairs, take out the sole enemy with a suppressed weapon and begin preparations for the first slow-motion breach of the mission. 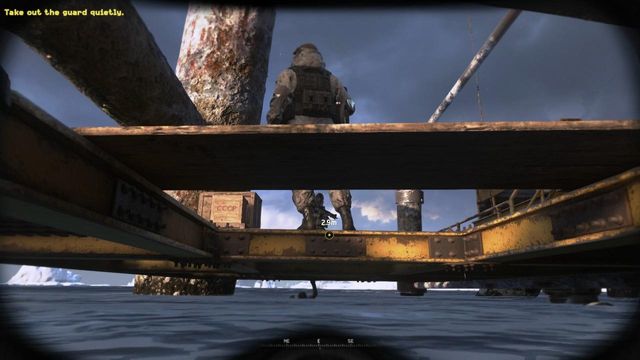 TIP: Aim for the heads of the enemy during the breach for a quick kill. Don’t forget that accuracy is key as you will be penalised for accidently shooting a hostage!

Once the first group of hostages is secure, advance to the second floor of the oil rig. Once you have reached this point, an enemy helicopter will be patrolling the perimeter of the rig so stay low to avoid attracting some unwanted attention from the chopper.

Once the chopper has flown past, make your way to the second breach. Choose from either of the two doors to make your entrance. 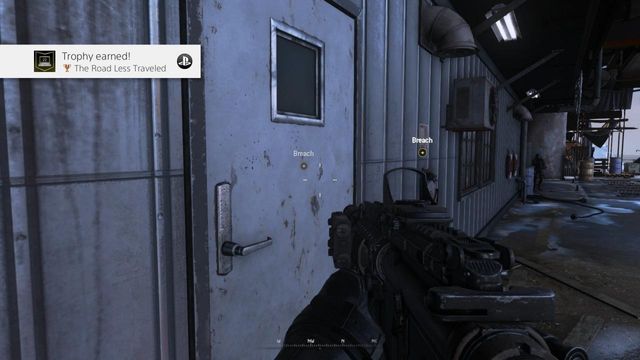 As soon as the door breaches, take out the knife-wielding enemy immediately before dealing with the other targets. Once all hostages are secured, a Russian radio message blares out, forcing you and Ghost to set up a plan B in case everything goes pear-shaped.

Join Captain MacTavish atop some scaffolding to overlook a group of enemies that have found the aftermath of the second breach.

On the command of Soap, detonate the C4 and take out any remaining enemies left standing. A siren will sound, alerting several enemies to your location. 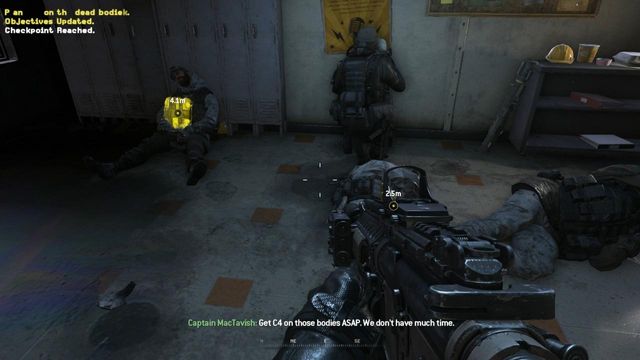 TIP: Watch out for the fuel containers. They can be blown up using grenades or gunfire, making them a good way to clear out a large group of enemies quickly.

As the next wave of enemies halts your progress to the next level of the oil rig, the helicopter appears and begins to open fire on your location.

The room on the right has an AT4 rocket launcher leaning up against the wall. Use it to take down the chopper, allowing you to regain focus on the foot mobiles in front of you.

Now at the top level of the rig, the enemies will begin to throw down smoke grenades and utilise thermal optics to their advantage.

If you don’t have a weapon with a thermal scope equipped, an Intervention can be found on the staircase you just climbed. 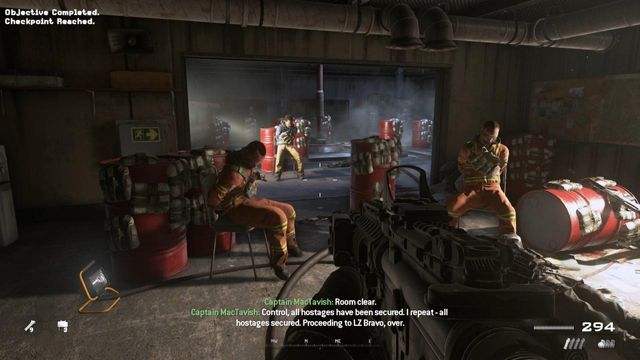 Once the enemies have been dealt with, select which door you want to breach. The third and final breach is much harder than the previous two as the hostages are strapped with C4 so accuracy is essential to avoid being sent back to the previous checkpoint. 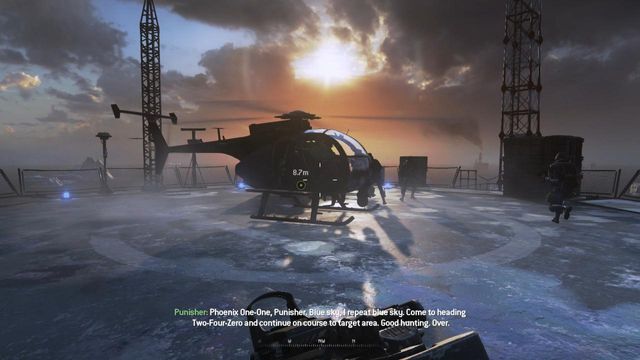 Head to the extraction zone as the Marines begin landing onto the rig to disarm the explosives. Now you and the task force are on your way to the gulag to rescue prisoner 627.