Resident Evil Village Release Date, Showcase, Pre-Order, Collector's Edition, Demo And Everything You Need To Know For Xbox One, PS4 And PC

Resident Evil 8 Village will be the next instalment in the historic franchise, and it's planning to take some big creative risks.

We'd argue that Capcom has earned that right, however, with both Resident Evil 2 and Resident Evil 3 receiving excellent remakes in recent years.

Here's everything we know about the next-gen survival horror title.

Capcom has confirmed that a new Resident Evil showcase will show off first-ever gameplay from Village next week.

Resident Evil has primarily been about zombies and the shadowy Umbrella Corporation, but Resident Evil 7 sidestepped that narrative for the most part – and Resident Evil: Village will do the same.

Looking to return to the first-person view, it'll feature werewolves and all sorts of other ghouls - a big departure.

Fabled horror game leaker Dusk Golem has already reported that the game will be very different from what the franchise has seen so far, with their info stating hallucinations, occultism, and insanity could be a big part of how the game plays.

The game is expected to launch in 2021, although we don't yet have a clearer timeframe than that.

A recent leak suggested that the game will launch in late April, but we are yet to receive official confirmation. 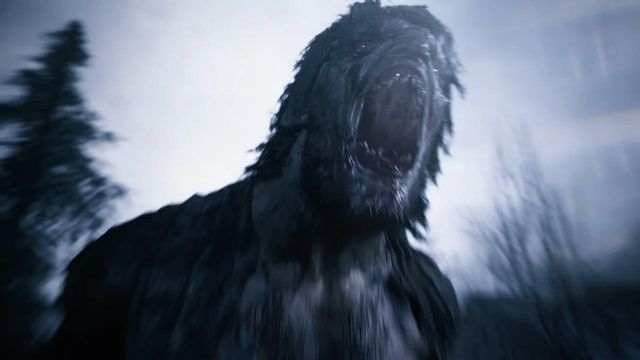 With the game being announced at the PlayStation 5 reveal event, we know it'll come to Sony's system at the very least.

We'd expect to see it on Xbox Series X, too, so you can scare your new consoles silly.

On top of this, Capcom has confirmed they are looking into releasing the game on the past generation of consoles as well.

This would mean the game would also be released onto PS4 and Xbox One.

As for next-gen features, a recent update to the game's PlayStation Store page has promised plenty of enhancements for the PS5 version.

The game will support 4K with HDR and ray-tracing on Sony's new machine, as well as 3D audio and haptic feedback and adaptive triggers.

Expect something gruesome to be included, alongside the usual costume packs.

In recent years, Capcom has readily embraced demos. Both Resi 2 and 3's remakes have one (albeit the former had a time limit), and Resident Evil 7 offered two teasers.

With the rumours of an entirely fresh direction, we fully expect Capcom to want to get fans on board as early as possible – what better way to do that than by putting the game in players' hands?

A large Capcom leak suggested a demo will come before launch, with PS5 players expected to get access to it early.

We don't know what it could be yet, but we'll update this page when we hear more.