Valorant could be seeing another agent when it releases this summer, let's take a look!

The hot new FPS hitting the gaming scene (Valorant) has had data miners hitting the game code HARD and details about a new agent called Shatter have been found.

Valorant is the first-person team-based fps developed by Riot Games that is coming this Summer, and we were finally able to get a sneak peek of how the game is going to play.

One of the core components of the game is the agents, similar to Overwatch players will have to lock in a character to use each match.

It appears we are going to be getting some new agents soon, let's take a look!

Originally posted on Reddit and later posted on Twitter by FortTroy who is a prominent Fortnite leaker.

It appears there has been another agent found within the game files, whether or not it gets released during the closed beta is still up in the air. But for now, we will have to take a look at what we know thus far about Shatter! 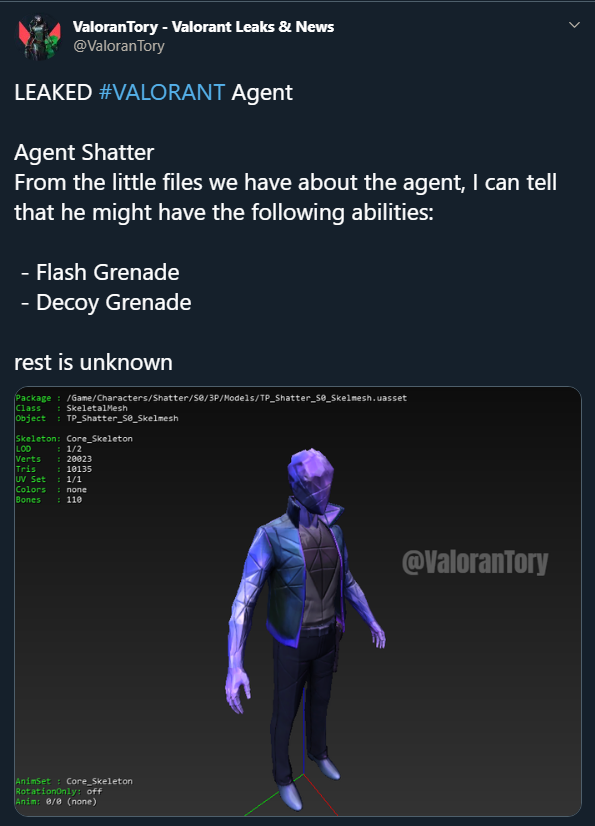 Along with the leaks of the new agent below and the rumoured abilities for Shatter!

It is safe to say that Shatter is still in the early stages of development as an agent, but it should be ready for use when the game releases sometime this summer.

Many fans have also linked that this new agent is based off the League of Legends character Ryze!

Valorant To Buff Attackers In The 1.11 Update!