Valorant will be using a Battle Pass - here's what you need to know.

In what has been the most anticipated game of 2020 by far, players all over the world were able to showcase Valorant gameplay for the first time this past Friday.

Over a million people flocked to Twitch in aims to get the elusive beta key drop for the upcoming closed beta this week.

Valorant is Riot Game's take on a first-person team-based shooter, and the community has never been more excited for a game as long as we can remember.

Some prominent Fortnite leakers transitioned over to Valorant since gameplay went live, and have made a shocking discovery.

Let's take a closer look at what they have dug up regarding the battle pass coming to Valorant.

VALORANT Points, or VP for short, is the premium currency you can use to unlock content. VP can only be purchased using real currency within the VALORANT game client." 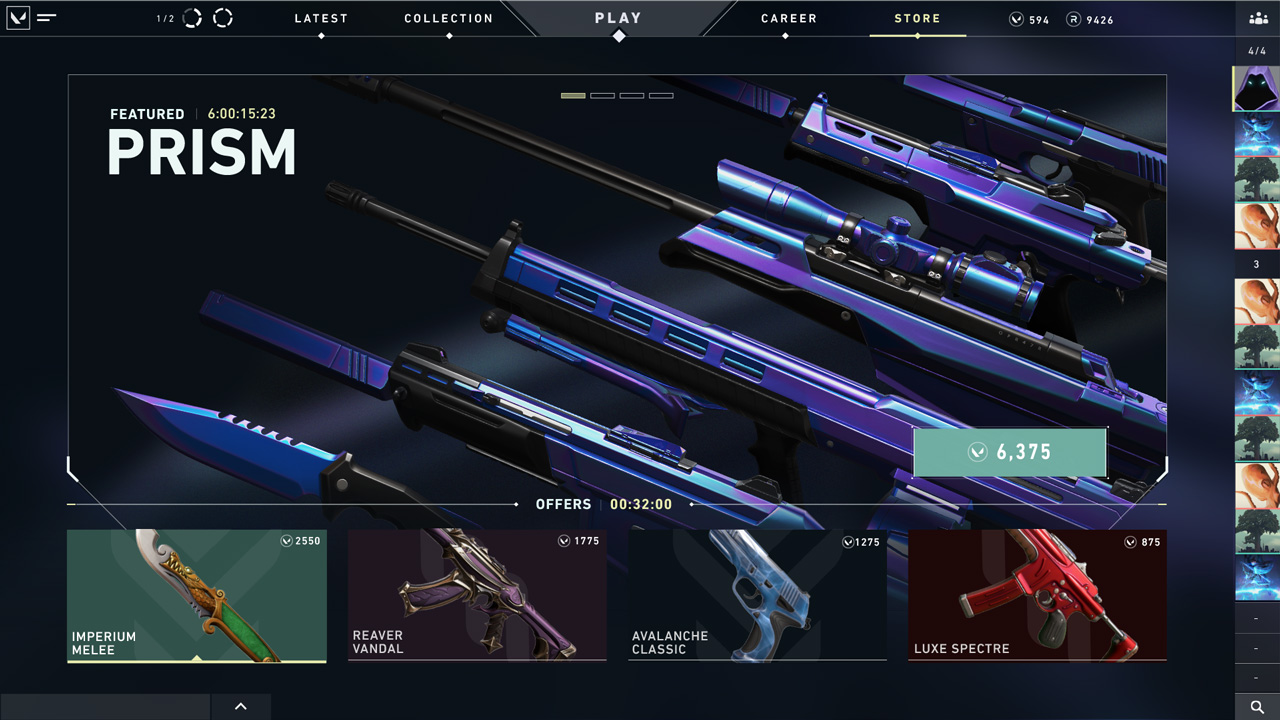 "VALORANT is introducing Radianite Points as a way to evolve certain weapon skins. The first level is unlocked when you get the skin. You can then use Radianite Points to unlock each additional level, featuring customizations like new visual effects, audio, animations, unique finishers, and variants.

The primary way to earn Radianite Points is via the battle pass, but you can acquire more in the store."

The battle pass model has been adopted by nearly every major title in recent years, Call of Duty was the most recent one to opt into the battle pass method this year.

FireMonkey who has been a relevant Fortnite leaker for quite some time now, got into the Valorant game files and uncovered some information regarding the battle pass for Valorant. 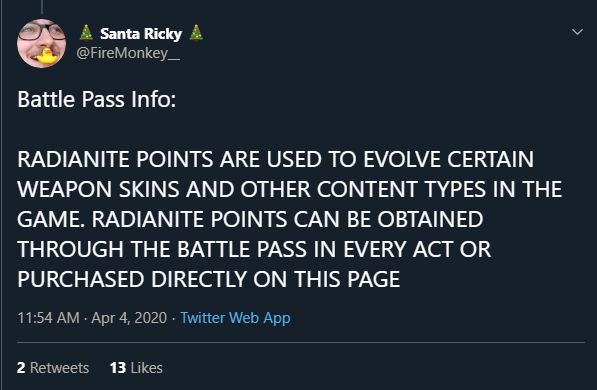 Cosmetics have been confirmed for Valorant, as we witnessed some weapon skins when content creators showcased their gameplay.

It appears according to FireMoneky's tweet that they are going to have some sort of progression.

Players will be able to rank up their weapon skin battle pass-through "Radianite Points", which can be obtained through the battle pass itself.