Could Valorant be coming to PS4?

Valorant's closed beta arrives on Tuesday and the client is already available to download - some players have been digging into the code a bit more.

While data miners find out the many secrets hidden in Valorant, some interesting code mentions the PS4 specifically.

@ValorantSource tweeted out a few lines of code that specifically mention the PS4 controller: 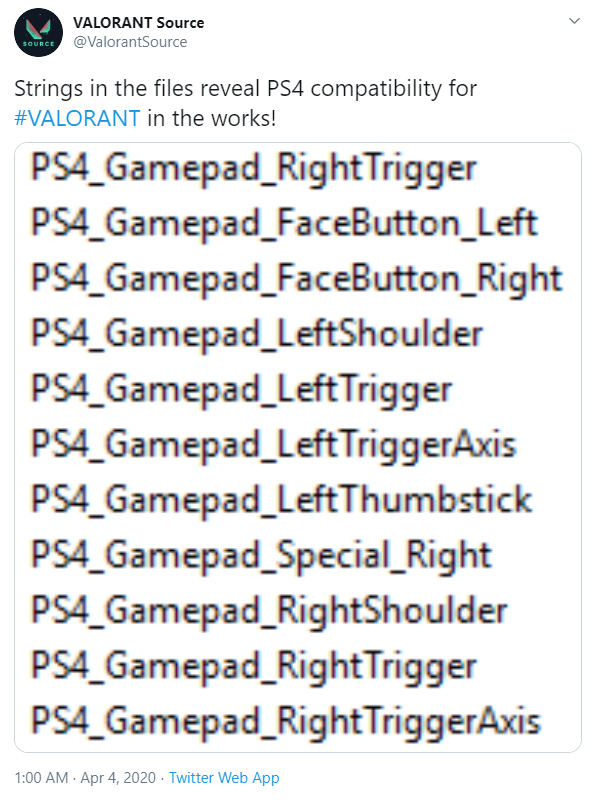 It's very likely this is simply coding for controller support, in this case, the PS4. As a spiritual successor to CSGO and Overwatch, it's natural for a PC game to support controller inputs; as many games these days do.

However, as Riot are trying to transition more of their games to more devices, it could be hope for a console port in the future.