It looks like the first GTA 6 character has been leaked!

GTA 6 is still all but confirmed, but many rumours and leaks are worming their way into the public. The latest one is that we may have confirmed the first character.

With Grand Theft Auto 6 looking poised to launch on the next-generation of consoles, this could be the most in-depth world full of more characters than ever before, thanks to the power of the PS5 and Xbox Series X.

So who could this character be?

Earlier this week, actor Jorge Consejo seems to have got the hearts of GTA fans racing as he may have inadvertently revealed some interesting GTA 6 development news.

For those unaware, Jorge Consejo is a Mexican actor that's starred in a lot of the country's leading crime dramas.

According to a thread on ResetEra, the professional thespian has publicly stated that he is involved with the development of Grand Theft Auto 6, listing work on the game on his resume.

The document reads that he is playing the role of somebody called "The Mexican."

Since this discovery, Jorge has taken to Twitter to issue a statement.

"Dear friends, While I read every message from you, please know that because of contract stipulations sometimes I’m unable to comment on certain projects. Please don’t feel ignored or unseen. I appreciate and value every single one of you." 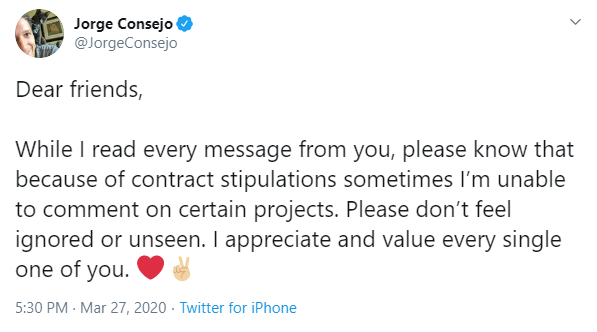 So does this mean "The Mexican" is our first GTA 6 character?

Nevertheless, we can surely expect to see more news in the coming weeks.