Twitch is giving mods more powerful tools to crack down on inappropriate conduct.

Twitch might be the biggest live streaming service on the planet, but that doesn't mean it's perfect – something it seems the company is acutely aware of.

While the chat window has long been a place to chat about games, converse with streamers, and occasionally get something off your chest, it does have a tendency to get a little wild at times.

Twitch has been making changes to fix that, though. For one, if you block a user they'll now be removed from your follower list. You can also remove them from the channel list entirely, and banned users won't even be able to see any channel chat – they'll be siloed off entirely. Good riddance!

Read More: Be sure to check out our Gfinity Twitch Channel

If you're thinking that players will circumnavigate the ban with an alternate account, you're sadly quite correct, but Twitch has thought ahead and is implementing shadowbans on IP addresses – preventing even alt accounts from being able to interact. 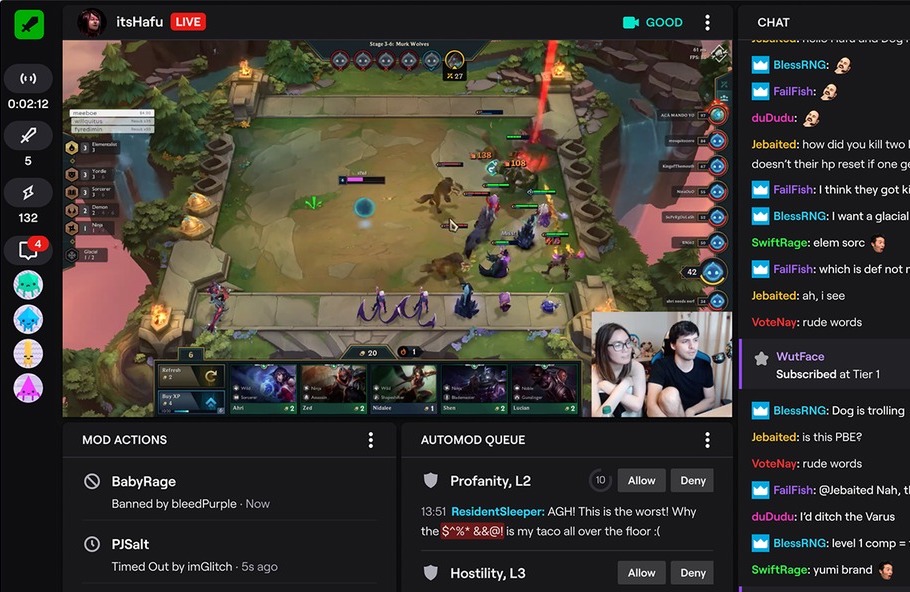 Finally, there's also a new "Mod View" for channel mods that offers widgets that can instantly block users or issue timeouts, while also being able to see user details.

Of course, if you're worried about being banned, then maybe just be nice?