Call of Duty: Warzone allows players the opportunity to craft their own loadout from loadout drops.

The Kar98k in Modern Warfare's multiplayer is JUST as strong as its Battle Royale counter-part - here's the best setup for Warzone. 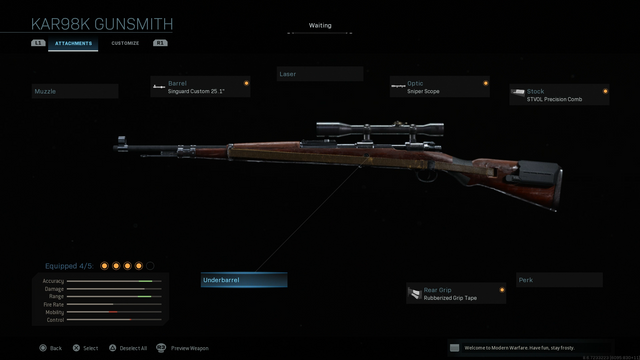 It's important to have a good back up weapon and the MP5 is the perfect gun to compliment the Kar98k.

When posted up in a building, the last thing you want is an enemy sneaking behind you and taking you out with a brutal finishing move. Place a claymore on the other side of a doorway to stop anyone from ruining your sniper montage!

Overkill is essential when opting to run a sniper rifle setup. Having a strong secondary weapon always makes the difference if you have to deal with a target in close proximity and you want a weapon that is more effective than a pistol or a launcher.

Valorant: How to download the beta, where to get a beta key and play now!

Valorant: How To Control Recoil And Weapon Spray Patterns Guide