Maybe it's the delirium of self-isolation that's getting the internet more and more excited about a GTA 6 announcement or there's some real legitimacy.

A new development has been discovered regarding the GTA 6 website - the domain appears to have been updated and could validate a few past rumours that fans had disregarded.

It's been discovered that the Grand Theft Auto 6 domain has been updated and no longer redirects to the Rockstar Games website.

Usually, this happens when a website is ready to launch (this also happened before the reveal of GTA 5). 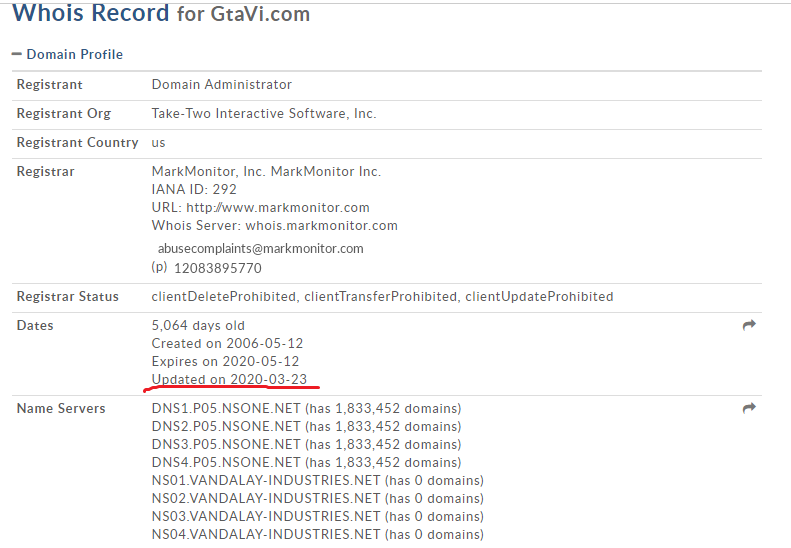 The new update came on the 23rd March and reveals that the domain's nameservers no longer point to Munich, Germany but rather New York, USA; this is important because all Rockstar domains point to New York.

It's important to note that gtavii.com and gtaviii.com take you to the official Rockstar Games website, whereas gtavi.com does not.

A few weeks ago, 4chan user JCZ posted about how they were speaking to there "co-worker's spouse (who works at Rockstar)".

In the post, he detailed that an announcement was likely to arrive at the end of this month despite the COVID-19 crisis.

The post also mentions about how the map is "huge" and will "blow people's minds thanks to next-gen" - even mentioning that we will be heading to Miami aka Vice City.

There was also an anonymous 4chan post that stats the game will be announced on the 25th March, which is today!