Its first seven days then went on to break more numbers, as Call of Duty Warzone had racked up 15 million players.

Activision tweeted "Over 30 million of you have dropped in to play Warzone. Thank you to this amazing community". 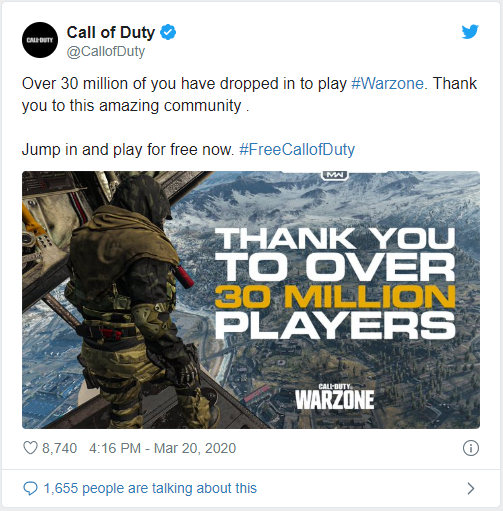 The game is very close to topping Apex Legends' peak of 50 million players.

Of course, it has quite a while to go before swiping the battle royale crown from Fortnite, as the fan-favourite battle royale has now surpassed 250 million players worldwide.

Call of Duty: Warzone: The Best Controller And Audio Settings To Use In The Modern Warfare Battle Royale