After the release of the new TOTW Moments concepts in FIFA 20 Ultimate Team, many players have been looking at ways they can use these new weekly releases to make a tonne of coins in FUT, ahead of Team of the Season.

While we're in the middle of the FUT Birthday promo, it's essential that players don't get distracted and sleep on this opportunity to cash in.

Ones to Watch & Headliner Cards

As announced in yesterday’s patch notes, released alongside the first TOTW Moments squad, pre-existing dynamic FUT items, i.e. Ones To Watch and Headliner cards, will continue to upgrade as normal with the release of future TOTW Moments squads.

However, given the seemingly unpredictable nature of the TOTW Moments squad selections (a random past TOTW squad from recent FIFAs), it’s harder to predict what OTW/Headliner cards will be receiving upgrades every week from players being included in TOTW Moments.

What this does mean though, is that if you’re quick, you can make a tonne of profit flipping these OTW/Headliner cards.

For those that were able to get in early on De Ligt, the profit potential was massive.

Another example from yesterday’s release is Headliner Walker, who also received an upgrade to his dynamic item following his TOTW Moments inclusion.

So, we can clearly see that there are some big increases from cards that are included that have dynamic items, but how do we make a profit?

Well, a key factor lies in predicting future cards that are going to be included in upcoming TOTW Moments squads, allowing us to buy into cards early, and look to profit either before the new TOTW Moments announcement (to people also expecting upgrades), or we can hold out for riskier, but higher profits.

So how can we predict future TOTW Moments players?

Currently, it’s uncertain how future TOTW Moments Squads will be selected. Will they be a random selection, will they run in order of TOTWs, i.e. the next squad will be a past TOTW 29.

At the moment, we’re not 100% certain, however, for next week, we can use this to our advantage to make a profit.

These are some cards from TOTW 29 from previous FIFAs that have dynamic Ones to Watch or Headliner cards that may be good investments for next week.

Sell before the new TOTW Moments squad announcement to reduce the risk of losses from a different release. 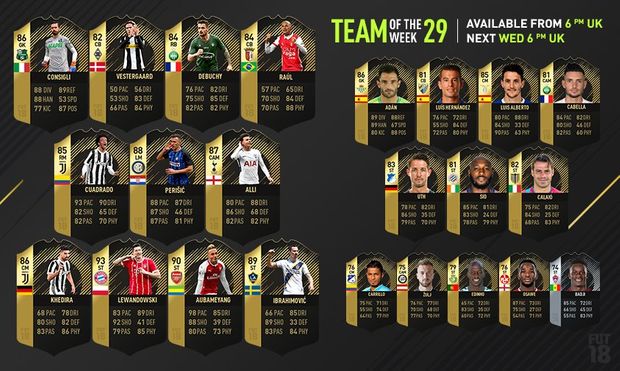 FIFA 18’s TOTW 29 had a number of cards released that have dynamic items in FUT 20 this year, so there may be some good investments for next week here. Included are: 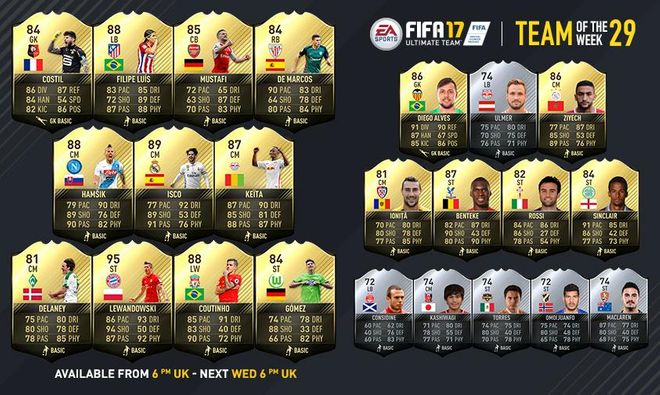 FIFA 17’s TOTW 29 also had a number of players that have featured in FIFA 20 as dynamic items, including:

Other TOTW 29’s from previous FIFA’s have included the following players: