One of the most iconic full backs in Brazilian history has to be in the game at some point. Known for his searing pace and ability to create as well as defend, he would add to the comparative small pool of players in the full back area currently available...

With FIFA 21 around the corner, we're expecting new icons to be added to FUT.

Icons were first introduced as 'Legends' during FIFA 14 and we're later reworked to feature 3 (eventually 4) versions for players to get their hands on.

We've heard rumours about Eric Abidal and Lilian Thuram in the code for FIFA 20, so will they be joining the lineup in the next game?

One of the most iconic full-backs in Brazilian history has to be in the game at some point.

Known for his searing pace and ability to create, as well as defend, he would add to the comparatively small pool of players in the full-back area.

With 142 caps for Brazil and a World Cup winners medal under his belt, alongside and hugely successful domestic career, he would be the perfect fit for the top tier ultimate team.

I love flair players, it really is as simple as that. Paul Gascoigne is one of the most colourful players in English history and was the diamond in a 90s side who otherwise failed to sparkle.

Take his real-world stats into the FUT arena and surely you would be looking at a 5* skiller to add to your arsenal, with incredible dribbling statistics.

His ability to take over games in real life would have you searching out the former Tottenham man to create, juggle and ultimately volley past your opponents (especially if they are wearing a Scotland kit).

Also, Could we have an icon specific celebration? We all know the one. After THAT goal against Scotland in Euro 96. Sorry Scotland fans, maybe this pick inst one for you. 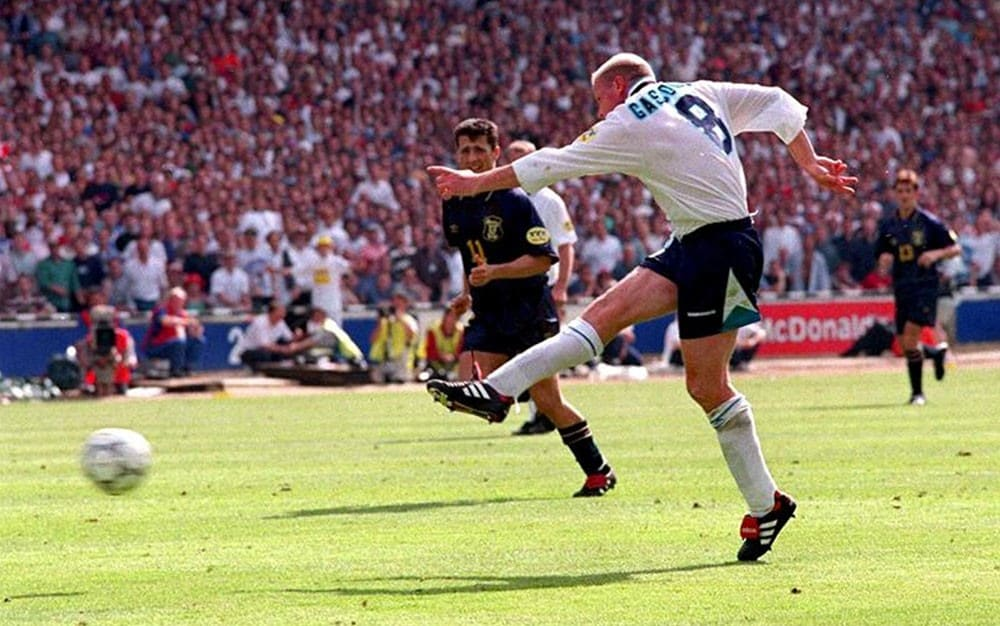 The Puskas Award is one of the most iconic awards in the footballing world, awarded for the best goal of the year.

The man behind it was just as iconic in his own right, scoring goals for fun during his distinguished career.

513 goals in 530 games and an icon of Hungarian Football surely books this man a place into the FUT hall of fame?

His finishing stats would be INSANE, plus who wouldn't want to try and recreate some of the goals that have won the Puskas award with the man himself?

The World Cup winner is in my picks for only one reason - the legendary comb-over haircut.

Imagine breezing into those spaces between the central midfielders, with that glorious lock of hair flowing behind you into the faces of those tracking you.

Or the fact that he is one of England's and Manchester United's greatest ever players. Charlton was an incredible technician, scoring 211 goals in 649 games for club and country.

A leader on and off the pitch, he would be a great addition to the current crop of English Icons. Plus that hair.

Only a few players can say they defined a position in football - Beckenbauer was one of those players.

The king of the 'sweeper' position, he would break up play and then maraud forward with the ball to create; occasionally even finding himself on the score sheet.

With 572 career appearances and 429 of those being for Bayern Munich, the German link is always a strong one in FUT and would offer partnerships with the likes of Matthaus in the midfield.

A true box-to-box option would give you a CM pairing no one would want to face up against.