Could Gears 5 being enhanced for Xbox Series X via Smart Delivery?

As the PS5 vs Xbox Series X console war rages on, Microsoft are continuing to make strides with a potentially enhanced version of Gears 5.

The Microsoft exclusive released in September last year and as the conversation and attention turns to the next generation of consoles, Xbox are using every trick they can to engage the gaming audience and ensure the first console they buy is an Xbox Series X.

So will Smart Delivery make another game available on Xbox Series X?

The Xbox Series X will be backwards compatible, allowing users to play Xbox One games, but an enhanced version of Gears 5 appears to be on the cards.

Phil Spencer, Head of Xbox, recently tweeted that he was checking out Gears 5 with "enhancements". 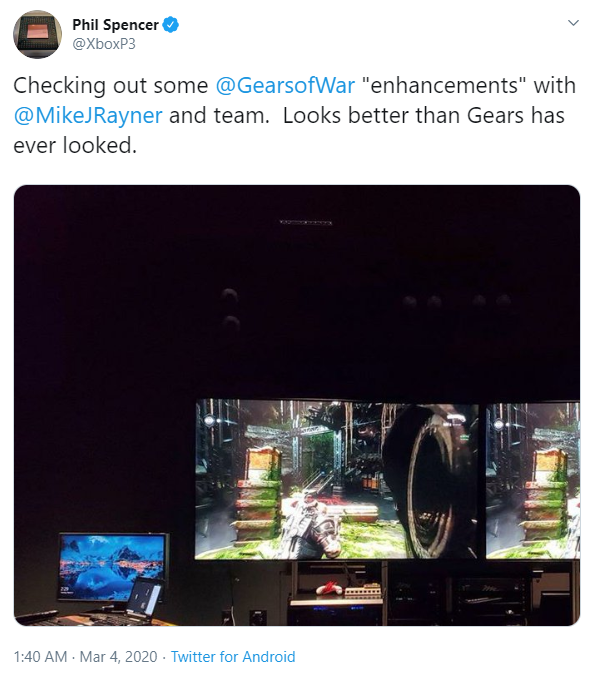 He said that Gears 5 "looks better than Gears has ever looked."

Now is this due to the incredible power of Xbox Series X or has it been given an upgrade to make use of the capabilities the Xbox Series X has?

In that past, talking about an enhanced next-gen version would mean you'd need to buy a new game.

With Xbox's new Smart Delivery, buying games multiple times is a thing of the past - with Halo Infinite and Cyberpunk 2077 already confirmed to be part of it.

It's not confirmed whether a Gears 5 version will be made specifically for purchase with the Xbox Series X, but after this news it's certainly hopeful.