Roller Champions is the latest 3v3 competitive sports game from Ubisoft, which releases later this year and will begin with a CLOSED Alpha!

The World Announcement has gone live today and it revealed plenty of juicy information, including the platforms it will appear on.

Here's what we know about Roller Champions.

Players who register for the closed ALPHA on PC will receive an outfit that cant be acquired anywhere else. The servers open 11th March, 4PM GMT and ends 23rd March, 8PM GMT.

So players won't have long to get involved, you can sign up here if you haven't already. What Is Roller Champions?

Likened to Rocket League, this game involves two teams that compete to score five points within seven minutes by throwing a ball into a goal.

To score players must gain possession of the ball and skate at least ONE lap without being interrupted by opponents.

Subsequent laps can be completed by other teammates by passing the ball to them. Players can earn more points per goal by completing more laps, though their progress will be lost when they are stopped by opponents. 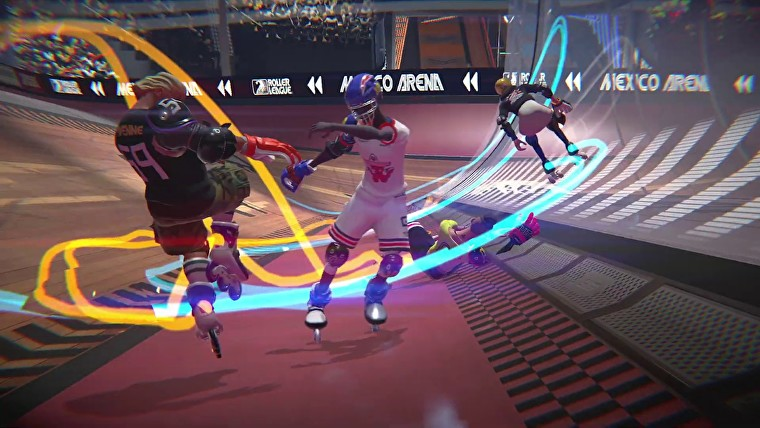 There is no official release date for the game, but it will launch in early 2020.

The game has been confirmed to arrive on PC, Xbox One and PS4, Nintendo Switch and iOS and Android.

You can join the Roller Champions Discord here.

The game is free-to-play but will likely feature in-game purchases.

No news has been announced about a beta or demo, but a pre-alpha demo was available on the Uplay store back in June 2019.

A closed alpha will run from 11th-23rd March - you can sign up here.

If you don't get selected you will end up on the waiting list and given a chance to get into the closed beta.

The final phase after this will be Season 0.

Go head-to-head against the opposing team through speed, wit, crushing tackles, and daring dodges to lap around the arena and be the first team to reach 5 points by throwing the ball through the hoop.

Feel the thrill of riding up and down the wall of the arena as you gain speed, quickly stop, pivot, and re-calibrate your location as your teammate races toward the goal with just one pass away from winning or one interception away from losing.

Obtain more fans in the arena stands as you complete spectacular actions and progress to bigger stadiums.

Write your name in Roller Champions’ history books as you climb up the leaderboards.

Gain sponsors and sport their colours when you acquire notoriety, fans, and credits.

You can create your own character and customise your outfit as you progress.

The player avatar and their gears, as well as fans’ outfits, can be freely customized with various cosmetic items. It can be assumed that new customisable features can be bought in-game.

Create your perfect gathering of admirers to celebrate your every success in the arena.

Customise your fans with dedicated outfits and group animations.