Valorant is set to release in the summer of 2020 - here's everything we know so far!

Valorant, which was known as Project A until recently, will be releasing in the Summer 2020.

Although we don't have a concrete date, we were given lots of information recently.

We'll be covering all of the latest news, updates, leaks and rumours right here as we countdown to the launch.

Valorant's next Agent could have some bite.Check everything we know here! 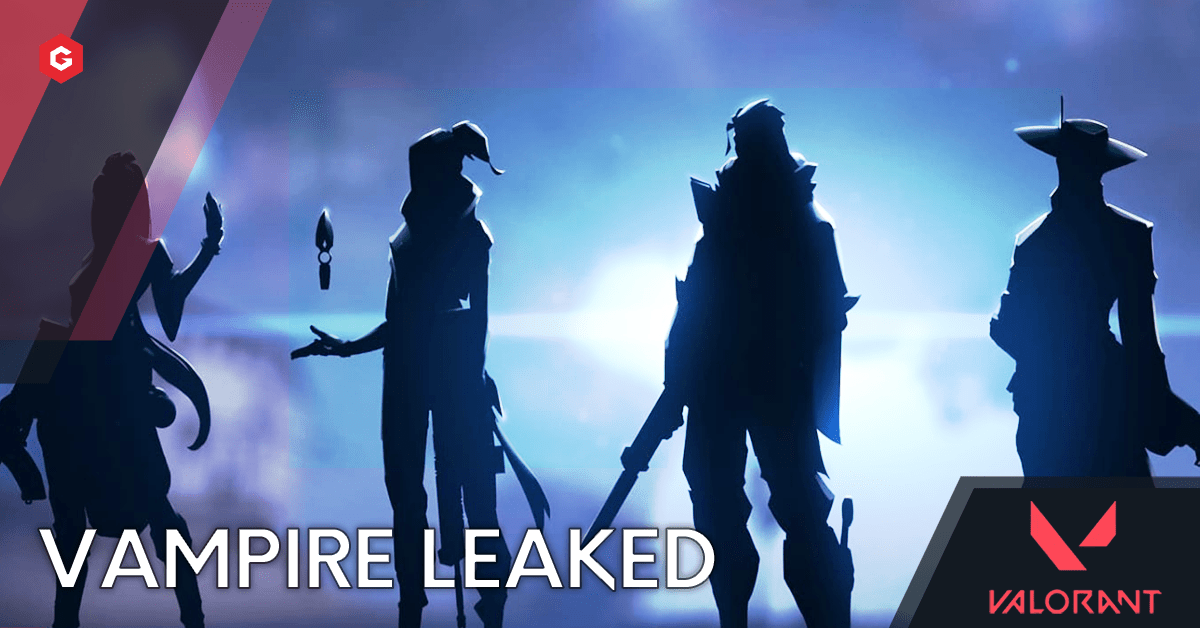 “I don’t plan on going pro or competing at the highest level. (Valorant will) definitely be a game I play a lot until a new game comes out. Here’s what you guys don’t understand about going professional and playing a game at the top level. If you truly want to play at the top, you cannot stream your practices. That is just an easy way for people to creep on your strategy and how you’re gonna play. Granted, as much fun playing a game professionally is, I can’t stream it at the same time.”

Assists Being Added To The Killfeed In Future Update - 6th May

Valorant is continuing to strive for excellence as the new tactical shooter king - a new feature that will be coming is assists in the killfeed. Check out everything we know here! 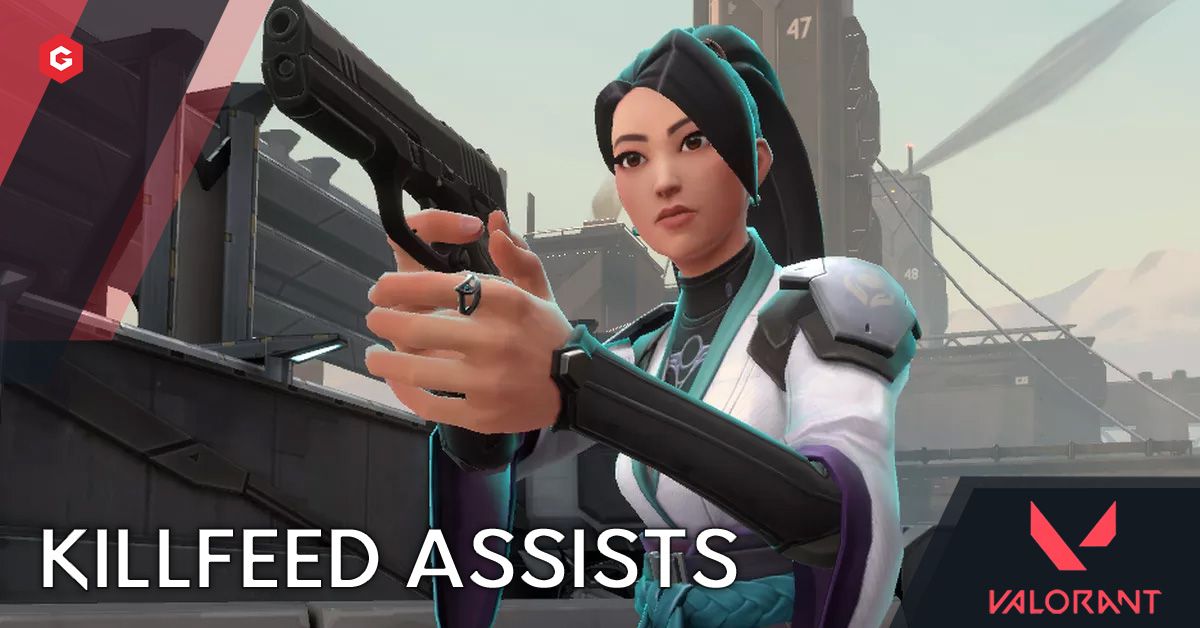 Does this new image confirm Bombshell and Vampire coming to closed beta soon? Find out everything we know here! 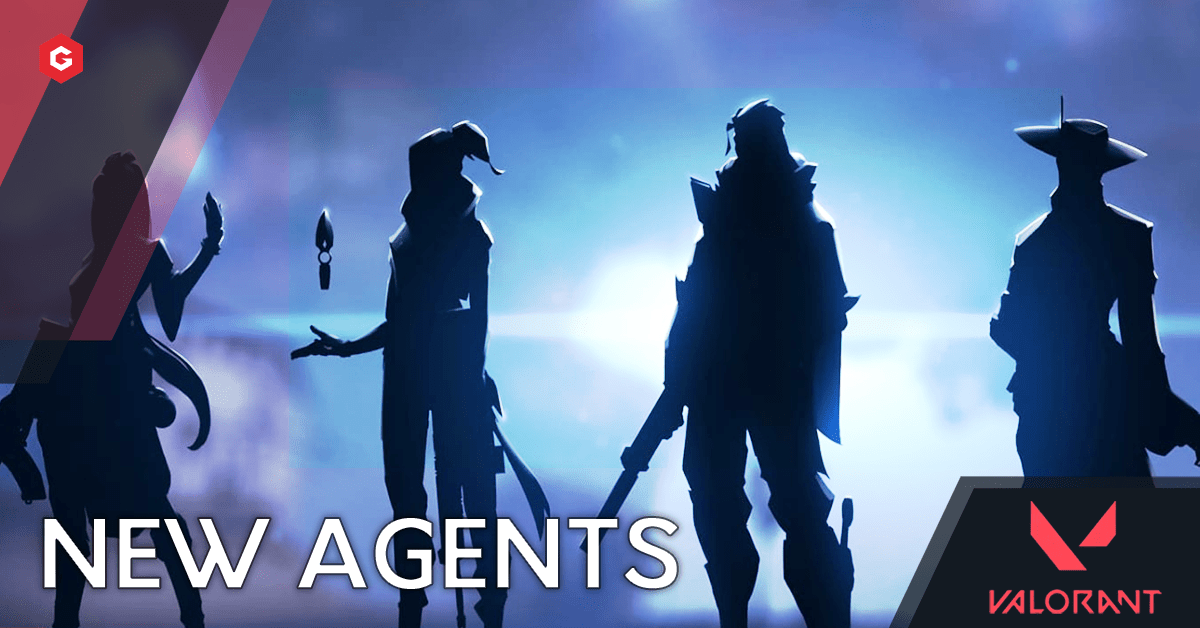 Is Bombshell the new leak? Find out everything we know right here! 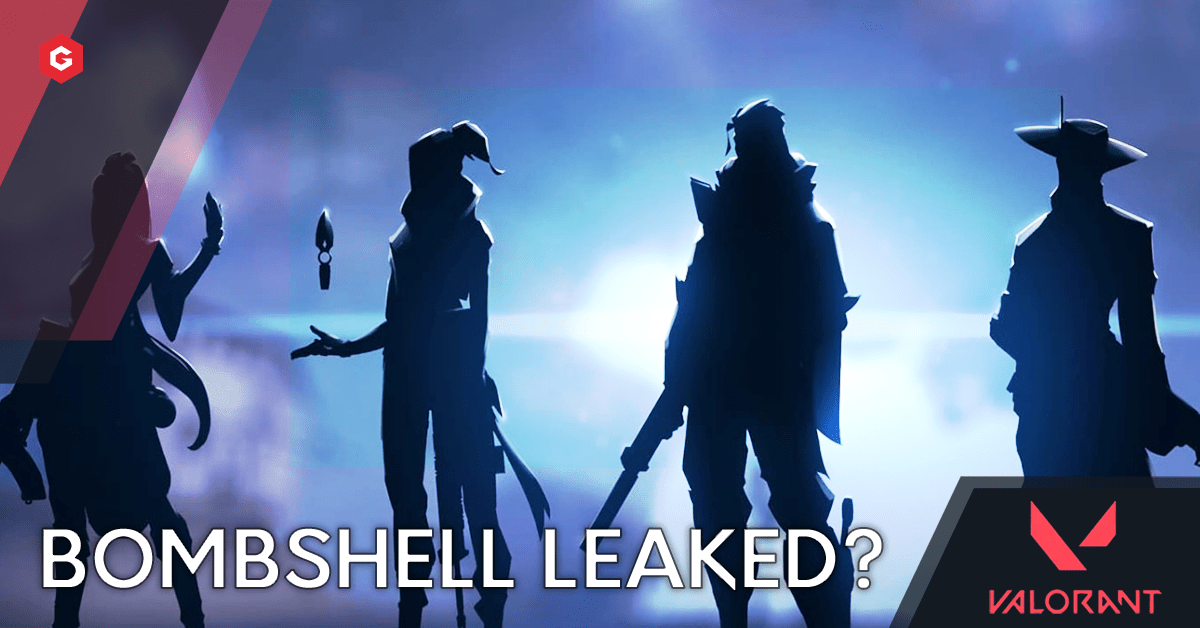 How Radianite Points Work - 3rd May

Learn everything there is to know about Valorants currency that levels up weapon skins and more here!

How The Contracts Work - 2nd May

If you're trying to get your head around how the contracts will work in Valorant, check out our article here! 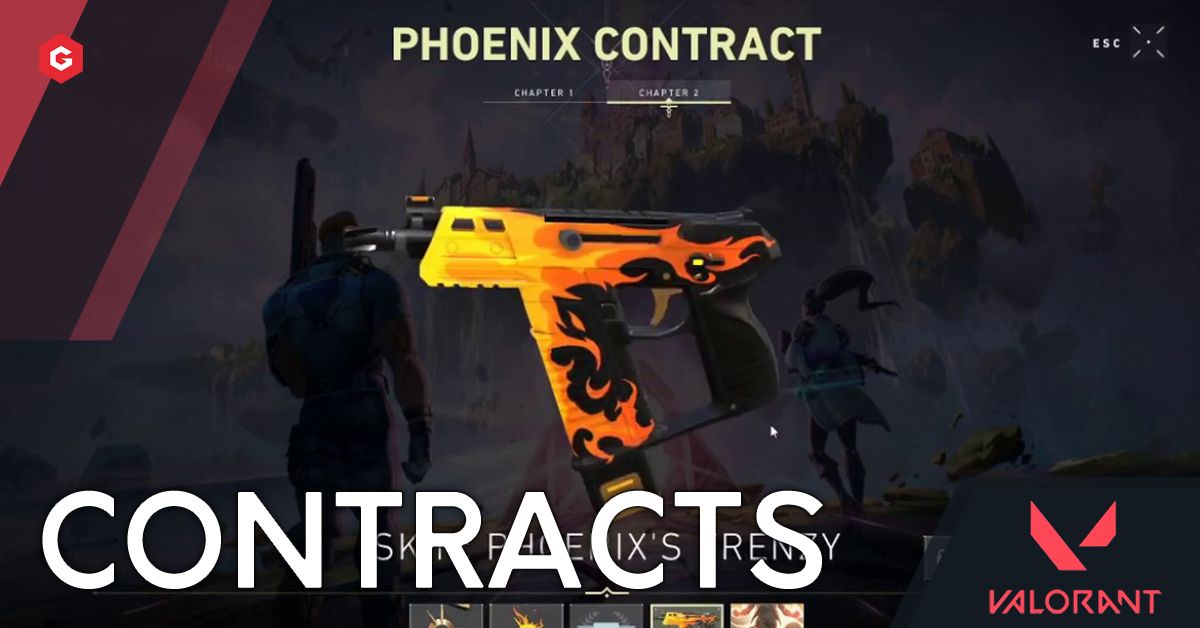 It's no secret that Riot Games takes its anti-cheating technology seriously.

So much that you can't get on the game without its Vanguard software installed and switched on.

However, Riot announced on Reddit that, from today, players will be able to switch Vanguard on and off as they please.

A new bug has been discovered in Valorant and it once again has Cypher in the mix of it. 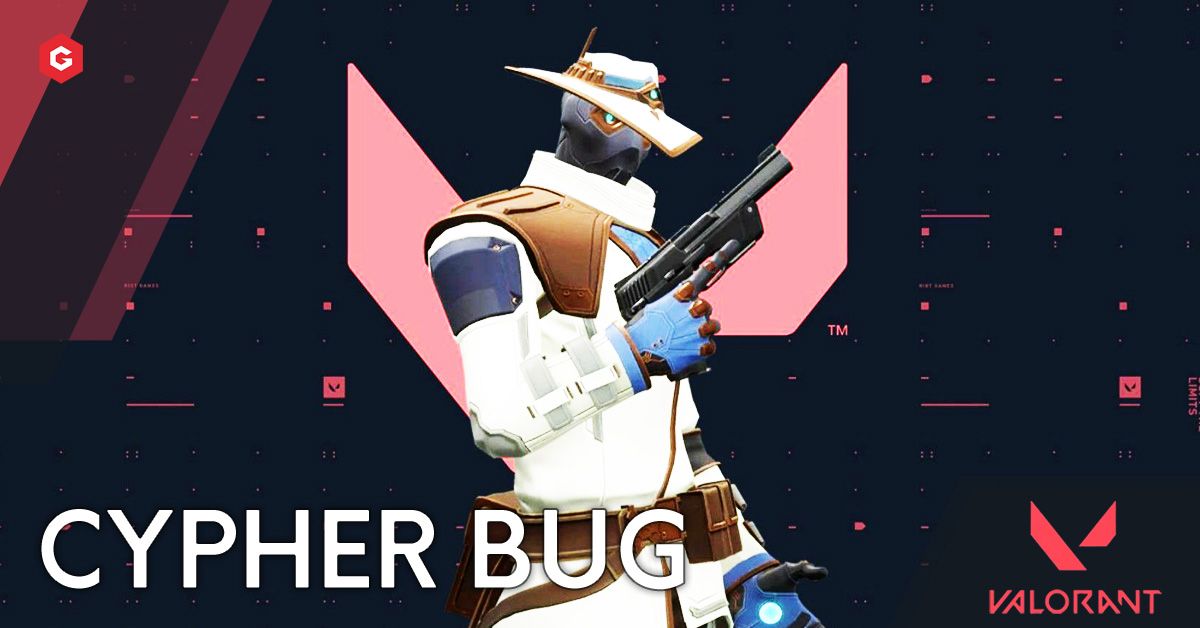 Riot Games has stated it will fight to find “long-term solutions” against sexual harassment in games.

This came about after League of Legends UX designer - Riot Greenily - posted a clip of her live stream on Twitter, exposing the harassment she faced while streaming Valorant on Twitch. GeForce Now, a software that lets you stream the games you own on a variety of different devices wherever you are, is an incredibly controversial topic.

Although it has proven extremely popular with gamers, plenty of companies have pulled their games from the streaming software.

The Valorant release date has been set for Summer 2020, and Riot Games has stated that it's undecided on streaming support, which includes GeForce Now. First mentioned on the subreddit, one of Valorant's premium skins, Prism, removes the black field around sniper scopes, giving its users a big advantage.

Riot has now confirmed that, no, this is not an intentional, 'premium' bonus, it's just your run of the mill bug.

It has been confirmed that the fix for this bug will be delivered in the next update.

You can see the bug below. 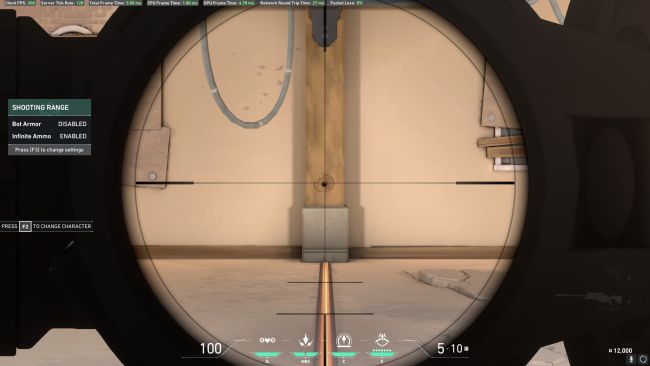 Valorant's beta went extraordinarily well on PC, and now Riot Games has provided us with a bit of an update as to when console and mobile gamers could get involved with the free-to-play tactical FPS.

Here's everything you need to know! 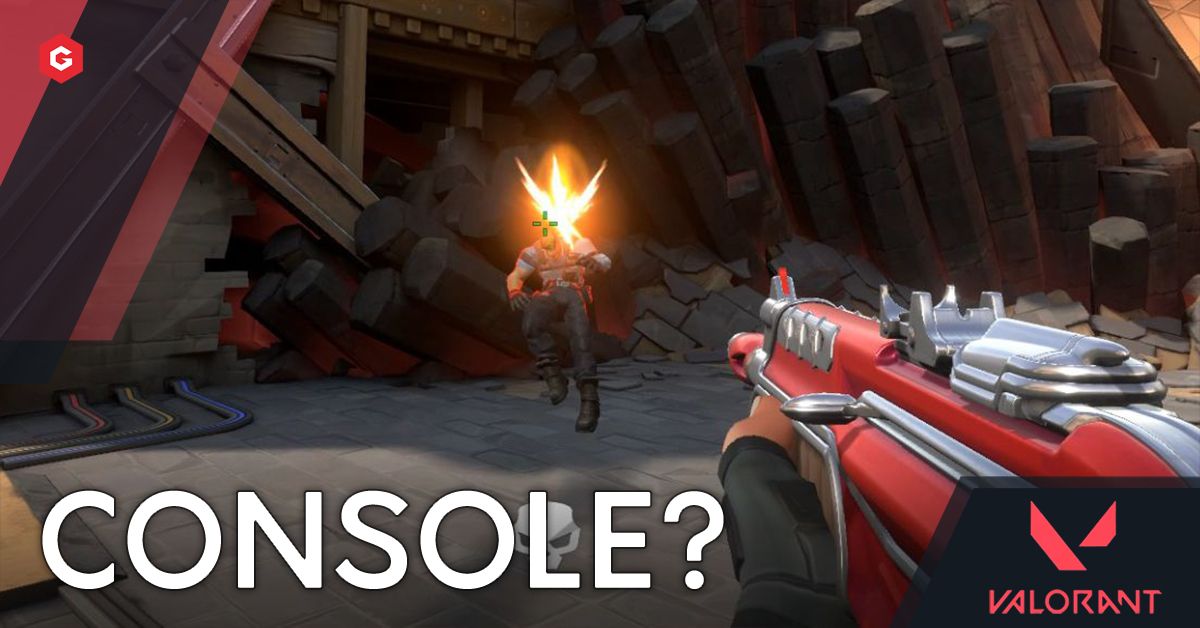 In an interview, Joe Ziegler, Game Director of Valorant at Riot Games discussed the question on all of our minds.

He explained: “While we are exploring other platforms like console and mobile, right now the team is working hard to deliver a top notch experience on PC.” 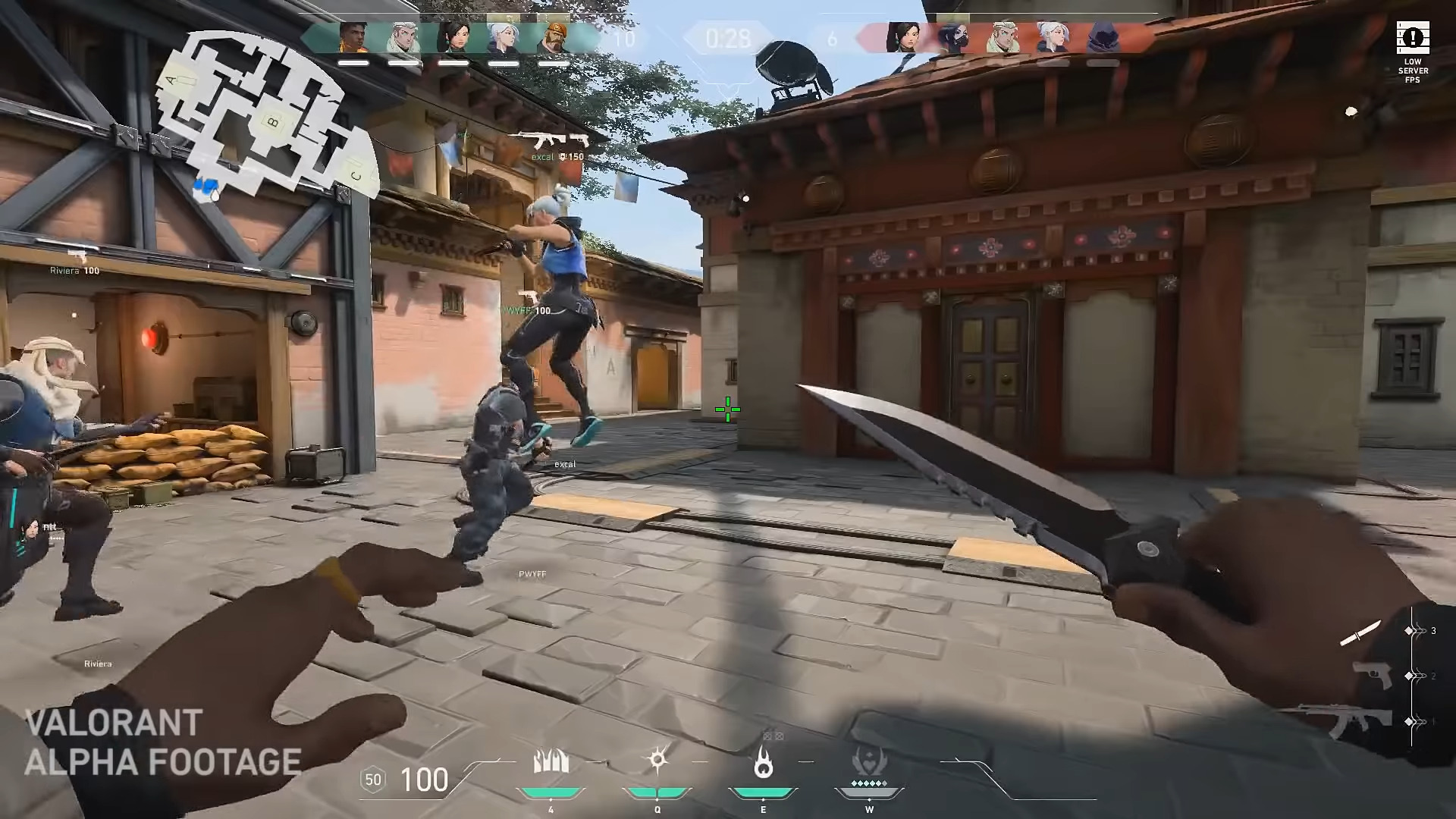 Valorant adopts a similar Ping system to the one popularised by Apex Legends. Here's how it works. 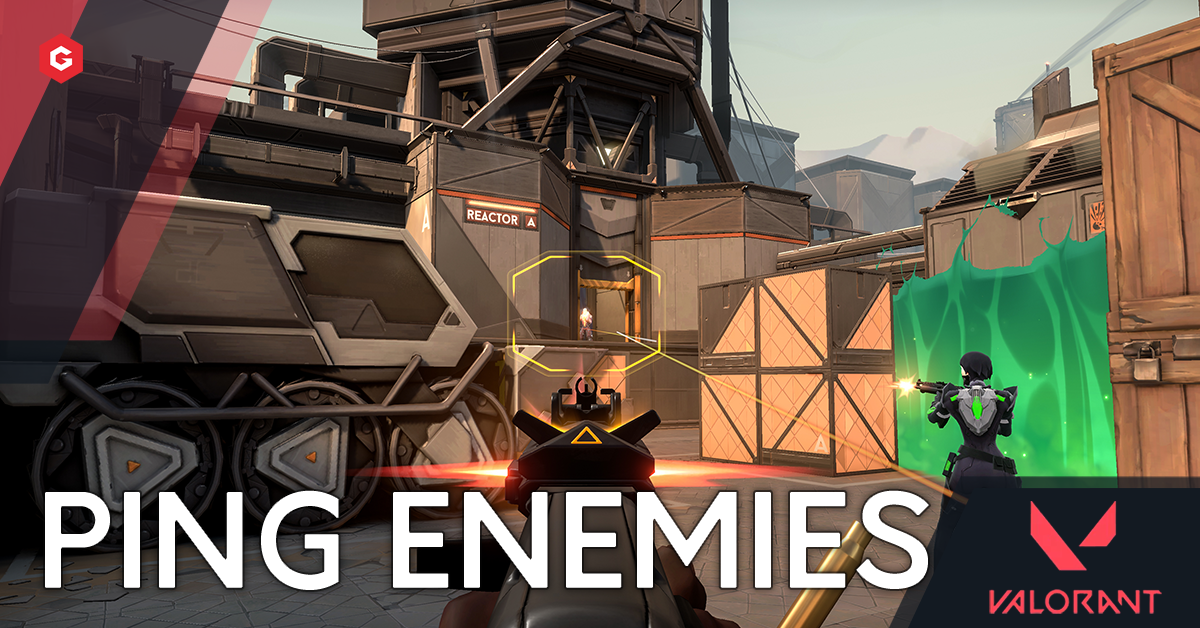 First patch may include a Raze nerf, according to Riot - 17th April 22:00 BST

The developer is also looking at how to make her abilities more clear. All Twitch streamers with access to the closed beta can now drop keys - 14th April 20:00 BST

Riot will make it easier to gain access to the closed beta of its popular new tactical shooter Valorant, the game developer announced late Tuesday.

Now, not just select Twitch streamers, but all Twitch streamers who have access to the game can now drop the coveted beta access keys, so long as those streamers playing are actively live streaming the game and turn on the in-game drops feature.

Riot is also increasing its server load capacity by 25 percent to account for the spike in new players. Your best bet to find all of the channels of the players participating in the tournament will be on Twitch, where the majority of them stream. 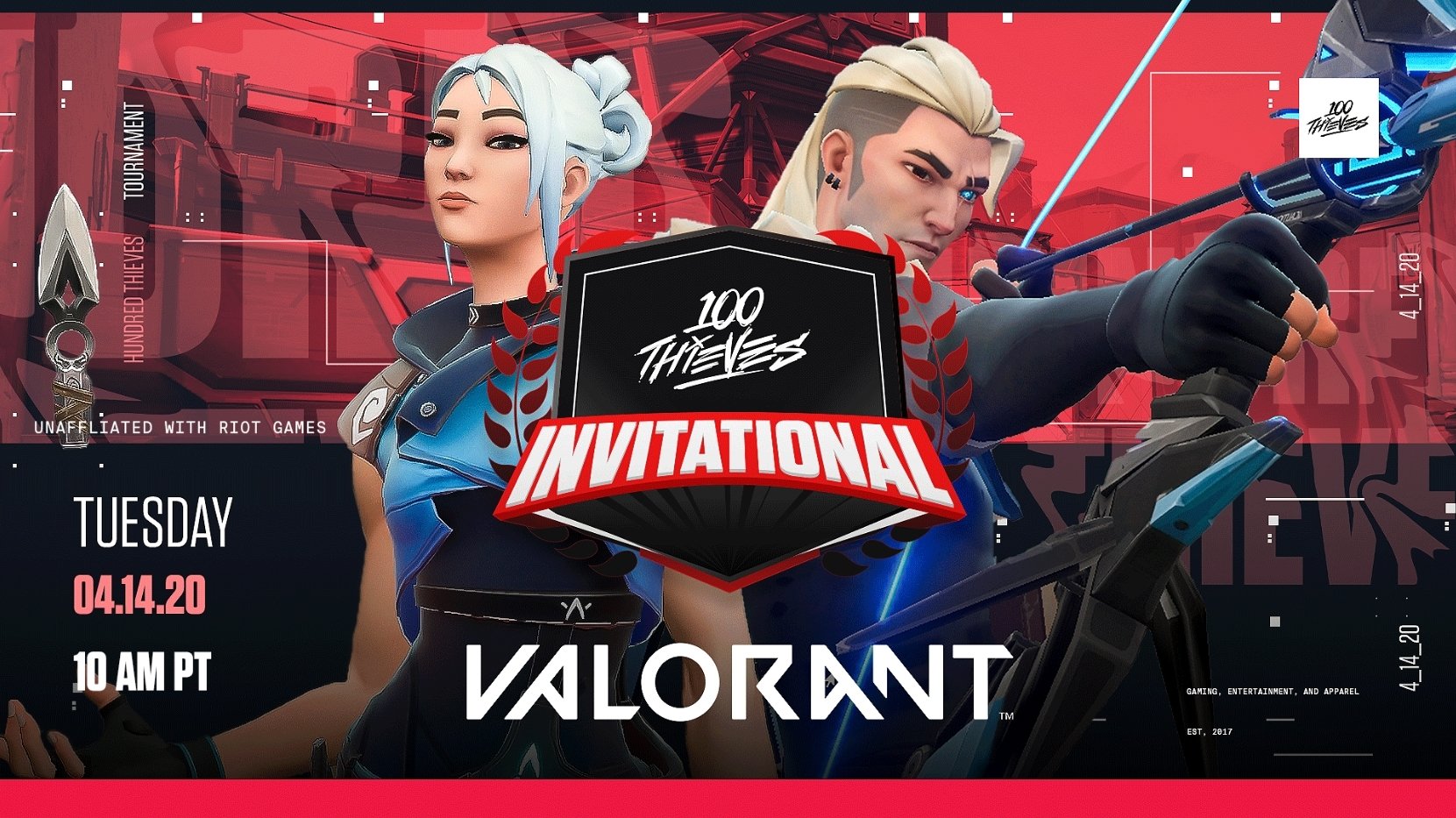 Valorant Game Developer Joe Ziegler has revealed Riot Games’ plans to incorporate a ‘Rated’ mode in their tactical shooter during the closed beta. 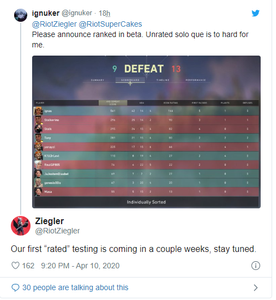 Valorant had a record-breaking day on Twitch - 11th April 17:00 BST

Riot’s latest game had a record-breaking day on Twitch — despite the fact that it isn’t even out yet.

The game hit a peak concurrent viewer total of 1.7 million, which is second only to the 2019 League of Legends World Championship.

Want to optimise your Valorant experience? Check out the best settings to use! A sneaky set of leakers have uncovered a yet to be announced Valorant agent apparently known as 'Raze' from the game's files.

Valorant's closed beta arrives on Tuesday and the client is already available to download - some players have been digging into the code a bit more.

While data miners find out the many secrets hidden in Valorant, some interesting code mentions the PS4 specifically. 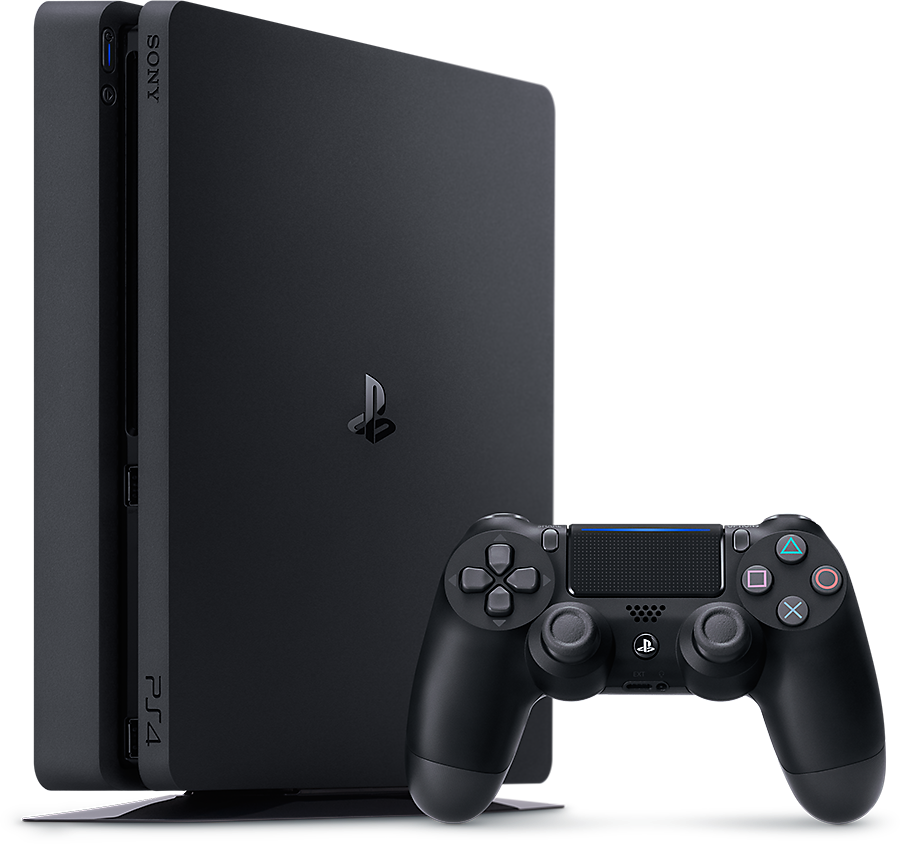 All 36 Hero Abilities So You Can Start Studying Before The Beta - 5th April 20:00 BST

Riot Games has officially announced another Agent with a gameplay trailer.

to get your code:

Summit1g claims Valorant will not have aim assist for controllers - 31st March 20:00 BST

“Don’t gotta worry about mkb (mouse and keyboard) vs controller on Valorant,” he tweeted. “No aim assist means they don’t show up to the party.”

The initial online beta test of gameplay that was shown to professional FPS players, streamers, and other content creators is finished.

Now the beta client and anti-cheat programs for Valorant have been found publicly available for download.

Even though both are indeed openly downloadable, players can’t log into the game without their Riot Games account being whitelisted by the company, so there’s no way to access the beta early.

According to esports journalist Rod “Slasher” Breslau, the media event went well and early impressions of the game were extremely positive.

According to Twitter account ValorantNEWS there is currently an exclusive private beta going on for Valorant that only certain people have access to, the current beta is 6.9GB in size and looks like this when you install it from the Riot Games client.

The capture event allows multiple streamers, esports players, and other content creators to play the game.

Although the event won't be streamed, players will be able to capture footage.

This footage will then be available to publish on a certain future date. Slasher believes that date is April 3, but it very well could change depending on unforeseen circumstances

Valorant will be released with its own anti-cheat program.

“We built a game to resist the most common types of cheat in shooters. This was possible because we started thinking about security against fraud early in production, technically before pre-production,”says Chamberlain.

Riot Games has confirmed that an upcoming Valorant event, which would have featured hands-on gameplay, has been cancelled.

This was scheduled to kick off in March and has been written off due to the current Coronavirus situation.

Riot Games has officially announced another Agent with a gameplay trailer.

Riot Games Reveals How The Lore Of Valorant Will Be Told - 19th March 20:00 GMT

Critically acclaimed developer Riot Games has openly discussed the way they intend to reveal and develop the lore behind Valorant's characters.

So far we know that there are (currently) eight unique characters: Phoenix, Viper, Sova, Cypher, Brimstone, Sage, Omen, and Jett.

We can assume Valorant is set on Earth, as each Agent represents a real-life country.

Viper is from the United States, while Phoenix is from London.

The fact that the agents have powers suggest either that a magic element exists in Valorant's world, or the character's abilities are based on some insane technology.

Either way, we're excited to see what Riot Games is cooking up!

Overwatch will definitely remain a fan-favorite in the competitive scene, especially as there's a sequel coming.

But Pokimane is says that Riot Games' expertise is not something to overlook, and said Valorant could be the "Overwatch killer"

With all of the hype building consistently for Riot’s tactical shooter, a leak has given Valorant fans a first look at the game’s potential client screen. In the new agent teaser for Viper, Riot may have given us a glimpse into how teleportation between Reactor Sites work.

14 seconds into Viper’s teaser, you can see what appears to be a portal to another location, which is labeled ‘Laboratory’.

While we don’t see the one-way portal used during the trailer, a lot can be derived from where it’s located.

You can see the full teaser for Viper here. It has been confirmed that Valorant will launch with 5 unlocked characters and around 5 more to earn!

A new post from the official Valorant Twitter showcases an up and coming character Viper, absolutely slaying it. You can watch the new trailer here. In a lot of PC games, it's possible to use a different aspect ratio and resolution to create a 'stretched res'.

This can be used by players and some feel that it gives them an advantage, as targets look a lot wider, and are easier to hit, because they take up more pixels.

Players have been practicing ready for the Valorant release, and Classick said: "If you're going to use 4:3, I would recommend NOT stretching if you're practicing for Valorant." Rumours are circulating that influencers may get the game soon.

Riot wants to tell the story of Valorant in-game, where most traditional multiplayer shooters (especially the tactical ones) struggle to do this, Valorant wants to break the mould.

Valorant is set on Earth in the near future. This new Earth has futuristic tech and at some point there’s a mysterious world-wide event called First Light.

Shroud Not Convinced Valorant Will Be Successful - 16:00 GMT

Shroud isn't convinced Valorant will be as big as fans expect it to be. He's unsure if new players will understand the many abilities and mechanics that come with it:

"So, I don't know if this game can surpass CS, but, I think it'll be successful."

Valorant have confirmed that due to growing concerns regarding Corona Virus, that they will be rescheduling their hands-on gameplay event until further notice 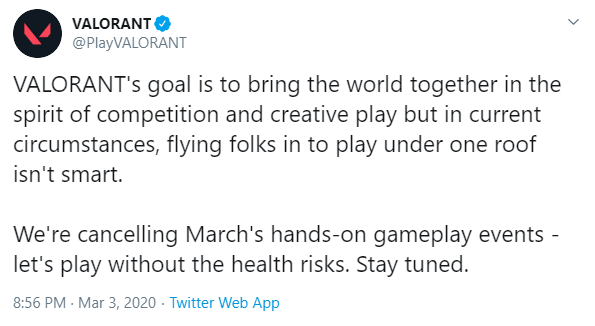 What do you need to play Valorant?

Here are the PC specs: 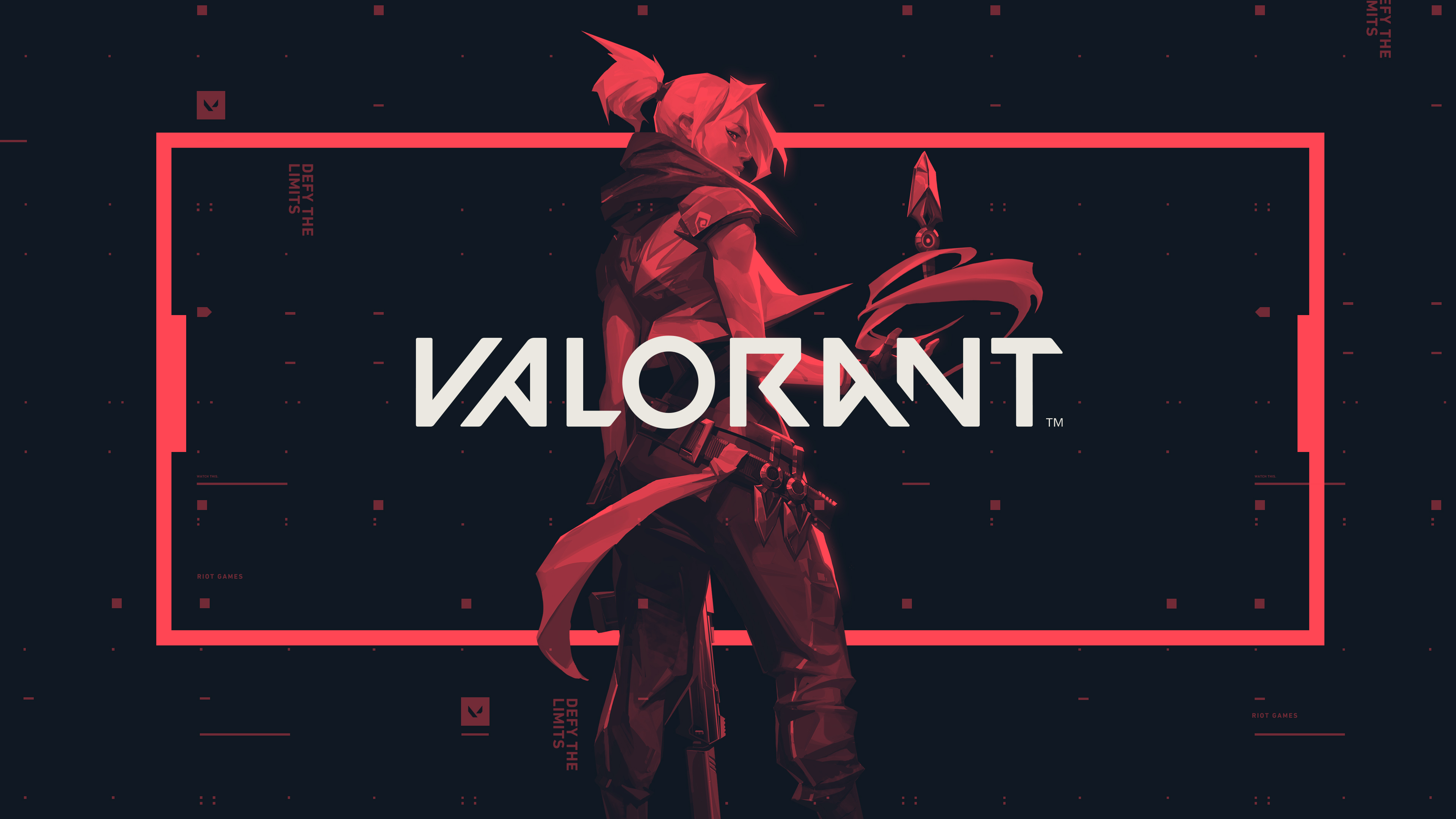 So who are the best characters? It may be early and there are only 8, but we've ranked the characters so far.

The best ones are:

Read our thoughts on the characters here.