COD Mobile Season 4 is here and it's called Disavowed! - check out the latest news!

After the devastating news that Zombies will be removed from COD Mobile at the end of March, the blow has been softened by the new Meltdown Map and KN-44 weapon.

The new Call of Duty content keeps coming as we're only a few weeks into Modern Warfare Season 2.

Season 3 introduced new maps, characters and modes and there's no doubt that Season 4 will do the same.

Here's everything we know about COD Mobile Season 4.

You can find the information you need by clicking the links below:

YouTuber 'Call of Duty Mobile Leaks' has done exactly that and given us leaks for Call of Duty: Mobile, in the form of skins.

Although we can't guarantee the authenticity of this video, you can still check it out below!

Prolific leaker and data miner TheGamingRevolution has managed to get his hands on some pretty juicy news, regarding a few different potential upcoming titles. One of these titles is said to be a Call of Duty game that will be free to play. Find out everything there is to know about it here.

Are We Actually In Season 4? - 9th March

There are growing disputes about whether we are actually in Season 4 or not.

YouTuber Grow Positive is one of many who believes that we are in fact in Season 3 part 2.

It makes sense as this season hasn't been referred to as Season 4, but the COD Mobile team did say they were dropping the numerical seasons.

It would also explain why the new map Cage was added so late.

A new community update confirms that new map Metldown will arrive in the next update and the KN-44 will be added.

This slow-firing but high damage assault rifle from the Black Ops series is making its debut in Call of Duty: Mobile soon (next week). You’ll be able to acquire it in two ways:

We are also getting new test servers for different regions. 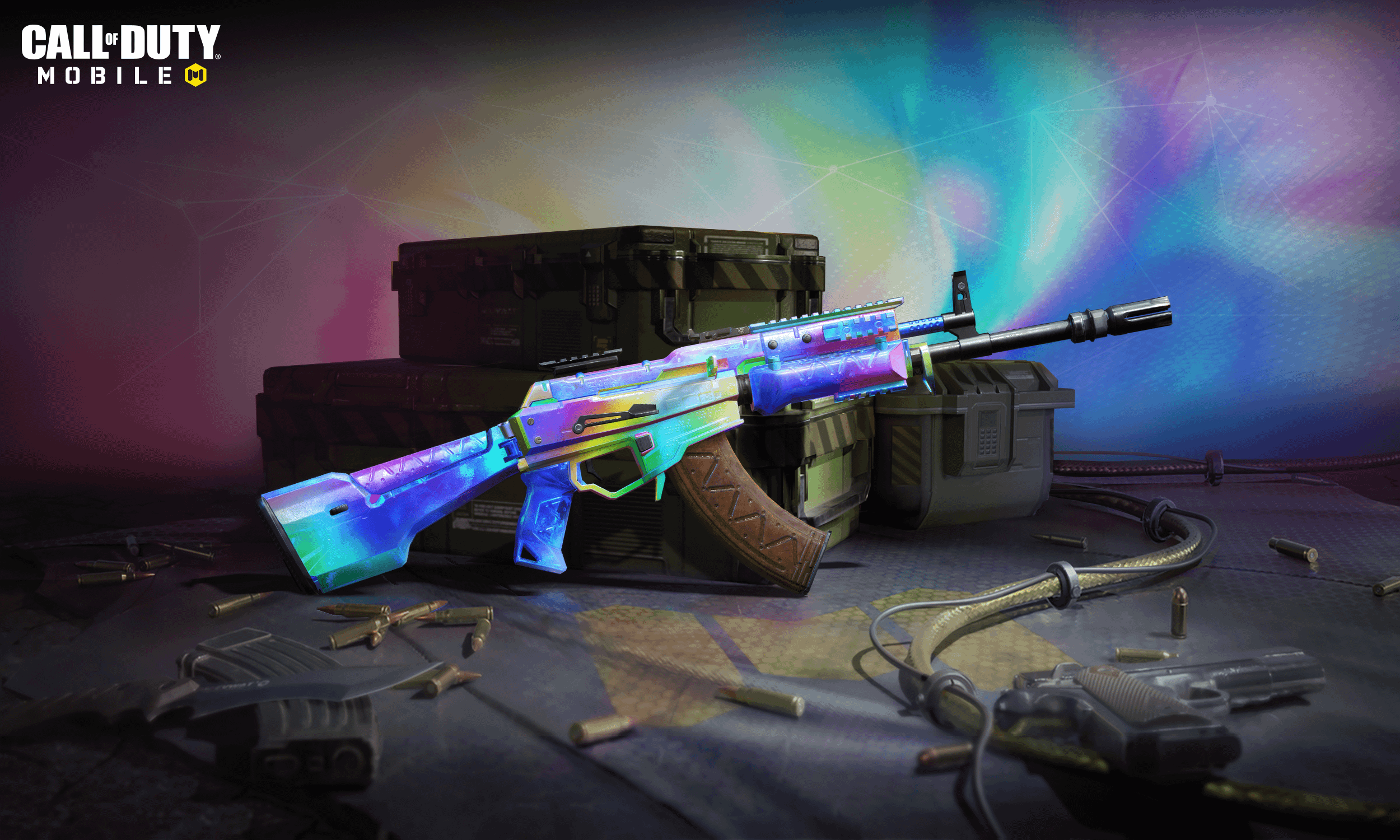 When Does COD Mobile Season 4 Start?

However, there are disputes that we have not finished Season 3 - this is actually part 2 of Season 3.

The season will likely run for six weeks, meaning that it will end on the 12th April - where Season 5 will start.

A lot of the promised content from Season 3 appears to be dropping, such as the new map Cage.

Read More: How To Level Up Fast In COD Mobile Season 4

With this brand-new Battle Pass we will have our first ever female operator in a Battle Pass, Urban Tracker, and the return of the Call of Duty: Modern Warfare series legend, Soap MacTavish.

Of course, that’s just the two main characters featured in the pass, there is also the savagely effective RUS-79U Viking, the Brambles series of weapons and gear, the MacTavish series of weapons and gear, and more. As per usual, there is both a free Battle Pass and a premium Battle Pass available with their own selection of gear to earn and acquire. The main reward on everyone's mind is the fact that John "Soap" Mactavish will be unlockable through the Season 4 Battle Pass.

There is also a character named 'Sentinel'. 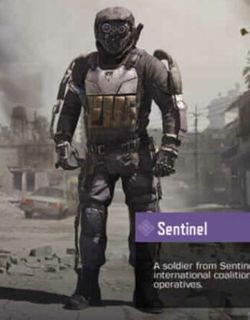 There has been a lot of issues with the paid vs free content in the game, particularly surrounding the battle pass.

Starting in April, you'll be able to earn a free variant of one of the newer weapons.

Cage has gone live in this new season.

We are also getting Meltdown later on.

The LK24 will be getting a Viking themed Skin in the new season and be the BIG weapon reward in the battle pass. 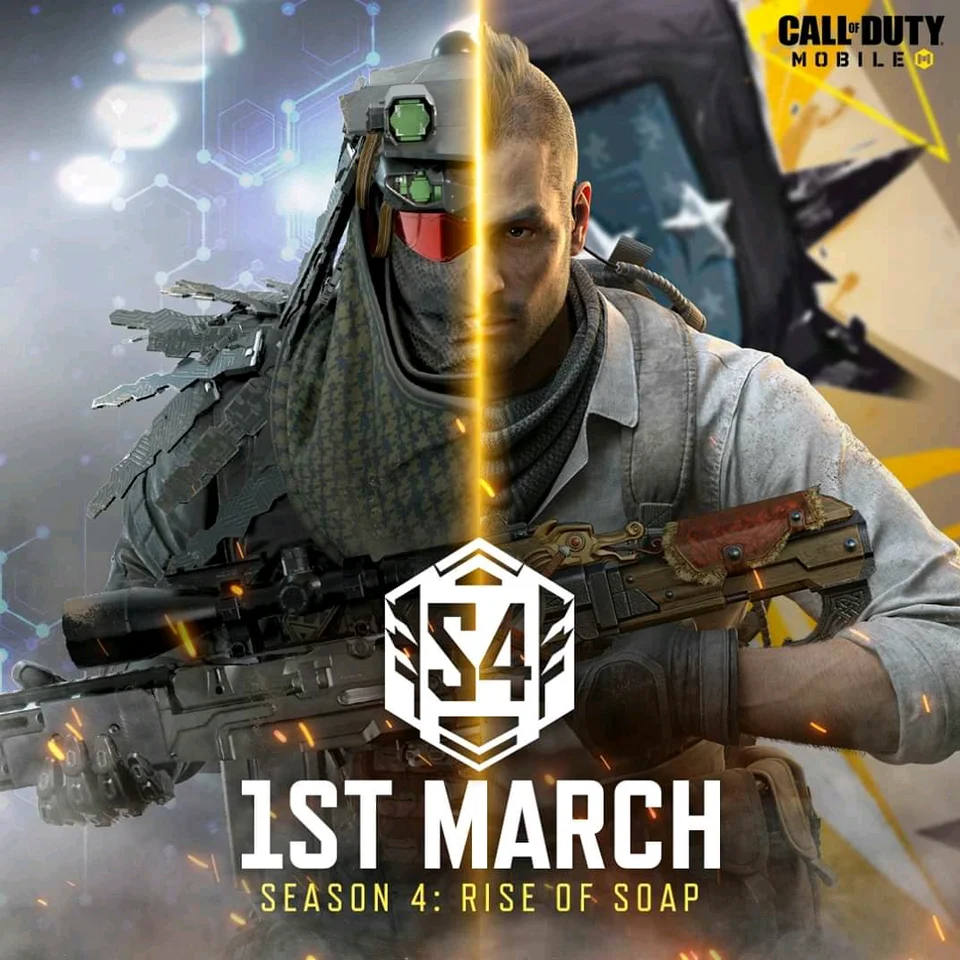 Unfortunately, COD Zombies is being removed, Activision had this to say:

"One of the most frequently asked questions to these updates is “what about ZOMBIES Mode?” Today, after extensive evaluation we are sharing that ZOMBIES Mode is being removed on March 25th.

We had always mentioned it was limited but with no explicit end-date. We wanted to see the reception, see the feedback, and see how we can potentially shape the mode for the future. However, the mode just didn’t reach the level of quality that we desire. The second map, Nacht Der Untoten, is also not releasing in the global version".

However, it appears that Nacht Der Untoten is rolling out to users.

Although it doesn't seem much has been mentioned for the early stages of Season 4,  @CODM_Updates has shared a number of new weapons that could be arriving later on in the season.

@CODM_murdablast believes that something similar to the Barrett .50cal will be added in the new season.

Based on the above photos, it's likely to be the NA-45. 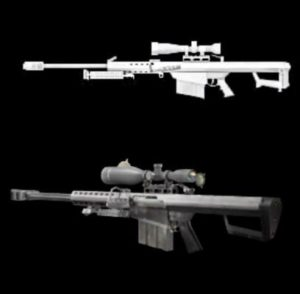 As part of the Credit Store update - the latest Scorestreak is: MQ-27 DRAGONFIRE

This versatile weapon can be used for defence or offence.

Release pods at doorways and block entry points or crowded routes, like when blocking off the routes to a capture point or use it aggressively to make an area a walking bee-field of deadly pods.

Starting today, you’ll be able to earn this skill by completing various Multiplayer based objectives: login, play MP matches, use other operator skills, take out enemies with scorestreaks, or just get general kills.

The skill will be available to earn until March 11th (UTC). One-Shot One Kill and 20v20 Warfare will be unlocked for 24 hours on March 1st, as well as double weapon and double player XP.

Hardpoint has been added to core and ranked multiplayer rotation and the win condition for S&D has been reduced to 5 rounds.

You can find the mode available today in core Multiplayer and in Ranked mode. However, in Ranked Mode you’ll have to rise to the rank of Elite before you can participate in Hardpoint.