Pokemon Sword And Shield: How To Get Zarude - The New Mythical Pokemon

New Pokemon being added to the Galar Pokedex is not becoming uncommon at this stage, 35 Pokemon were recently added to the game to celebrate the release of Pokemon Home.

We've already had confirmation that over 200 Pokemon are being added to the Isle of Armor expansion.

Here's what you need to know about this new Pokemon.

It can grow vines from the back of its neck, its wrists, and the soles of its feet at will. The vines are strong and flexible.

They can be used to wrap around tree branches to move around or to grab Berries from distant branches. They’re useful for many different situations. The vines also have a healing property. If the vines are wrapped around a wound, it will heal.

Zarude is set to feature in the 23rd Pokemon movie. 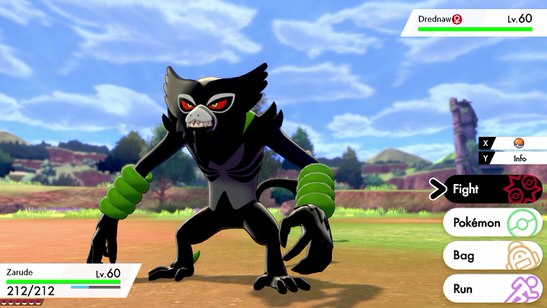 Zarude lives in a pack deep in the heart of dense forests. It treats anyone that isn’t part of its pack with immediate hostility, attacking right away.

This is why other Pokémon that live in the same forest are afraid of Zarude. When fighting it swings around using trees and their branches, attacking relentlessly with its sharp claws or any other means it has. Its quick wit helps it excel in battles.

His ability 'Leaf Guard' prevents the Pokémon from being afflicted by non-volatile status conditions and Yawn in harsh sunlight (including via the Flame Orb and Toxic Orb).

It has no effect on any current status condition prior to the weather being set up.

If a Pokémon with this Ability is drowsy due to Yawn in harsh sunlight the Ability activates and keeps it awake.

How To Get Zarude In Pokemon Sword And Shield

This is a Pokémon that can’t be found through normal gameplay in the world of Pokémon Sword and Pokémon Shield.

It's unclear where exactly where or when this Pokemon will become available.

Although unlikely, this Pokemon may be part of a promotional campaign to push the new movie (to which he is tied to) and have players go to select locations/stores to receive him - this is something that has been done in the past.

It could be this Pokemon will appear in the Isle of Armor expansion - we'll update this article once we have a clearer idea of where you can catch it! 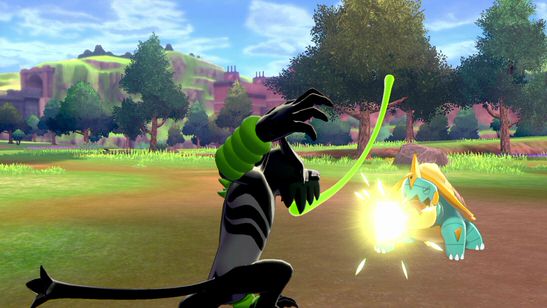