With the news that Kings Canyon is returning to Apex Legends for this weekend, we've put together the best landing and looting spots for the classic map.

Since Season 2, we've only seen fleeting cameos of King's Canyon in selected modes and limited-time events.

With Season 5, King's Canyon is getting a facelift and being brought back for good. It's going to be the only map available for the first two weeks of Season 5, so you'll need to know your way around.

Here's our map guide for this old classic, we'll start with the new additions.

The Broken Coast And Salvage 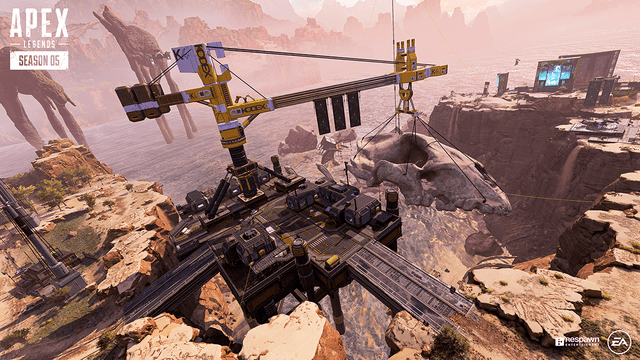 This is the area that replaced Skull Town and Thunderdome when they fell into the ocean. It's a massive excavation site that looks like a great landing spot, filled with loot.

There is High Tier loot to be found, and a two-way zipline balloon connecting Salvage - the excavation site - with Gauntlet on the other side of the bay.

Further from Salvage, which will be the main POI in the area, is an underground network that could prove interesting.

This will be especially popular early in the season as players are exploring new areas, especially ones so connected to the teasers and lore. So many, in fact, that there's a lot of lag at the moment.

Read more: Apex Legends Season 5: How To Get Vault Keys, and What They Do 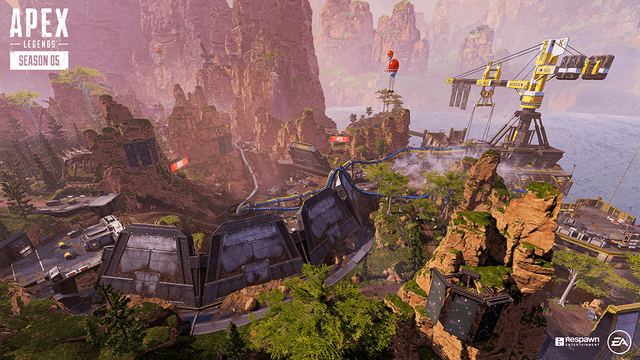 In the North-East corner of the map and the right-hand side of this image, we've been introduced to the Offshore Rig. This huge new POI connects Relay, Capacitor, and Swamps, offering High Tier loot to those who venture there.

Aim for the "hanging platform on the north end of the Rig" to find the very best loot, but this will likely be busy - and will leave you with a trek to the first circle.

This is high risk/high reward, but worth it if you like dropping hot! 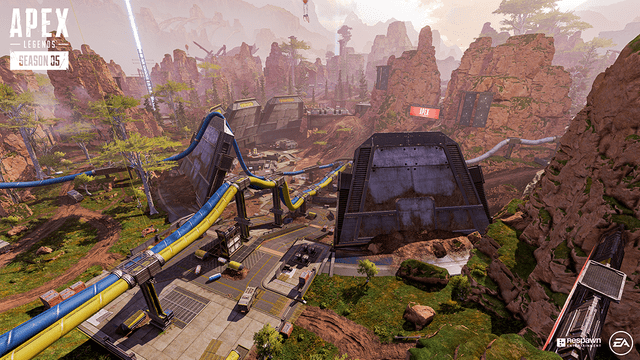 Capacitor isn't new to King's Canyon, but the addition of the Rig will give it a renewed importance, putting it further towards the centre of the map.

It has also broken down according to the in-game lore, so it looks completely new and you'll have to relearn its twists and turns.

Keep your eyes open for Mid Tier loot and squads approaching from all sides.

Read more: Apex Legends Season 5: How To Self Revive 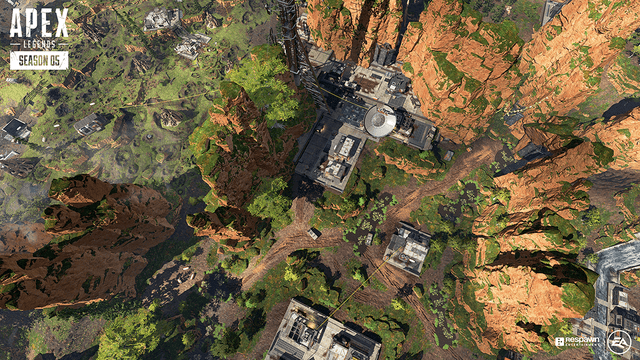 This used to be Shattered Forest, but as the world continues to regrow, the map changes with it. The world is healing, so to speak.

New roads have added verticality to this area, and the exterior of Singh Labs is now a POI, too.

There still seems like little reason to drop here (other than into Singh Labs), but it will be more interesting to pass through and could provide some useful loot as you run for the circle. 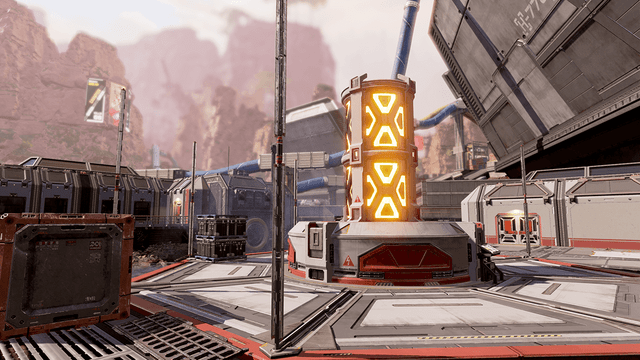 Charge Towers are new areas that, when activated, will fully charge any Legends' Ultimate if they're in the area.

These will be hotly contested and could see some brutal gameplay as entire teams let loose their Ultimate Abilities at once.

Expect to see a lot of fighting around these.

Swamps have suffered badly from the addition of the Offshore Rig. While they were a popular landing spot for players wanting to pick off inexperienced players landing in the nearby Shattered Forest (now Reclaimed Forest), now players dropping here will have to contend with opponents coming off the Rig as well.

There is still a lot of good loot available, and Swamps will be nearer the centre of the map than the Rig, but why drop here when you could go there?

Located on the southern end of the map, the Water Treatment area has relatively limited loot, but it is usually high-tier.

The location is essentially a large building filled with corridors, broken up by big tubs of water.

As lootable items only appear in the building, you’ll need to be pretty clued up in order to get there ahead of opposition players.

If you arrive and the location is mobbed, you have Thunderdome to the west and the Market directly north.

Market is a very centralised location on the Apex Legends map, but it also features some fantastic looting opportunities.

You may have to compete with another squad for the loot, but locking down the indoor market usually goes a long way to help your team.

Caustic is a solid choice of legend to use here, as he can deploy gas traps inside that give you control of the rooms. Alternatively, Loba's Passive ability will allow her to access the best loot before opponents.

Adding to this, there’s a huge cave nearby that has a bunch of supply bins inside, or you can choose to escape outside via the nearby cluster of houses.

Located to the west of Relay, Artillery is best known for its two massive hangars and buildings full of loot.

The only drawback is that it’s really close to the edge of the map, so it’s going to take a while to catch up with the shrinking zone if it’s on the opposite side of the map.

Despite there being an abundance of loot, this location is usually empty.

There’s just so much to find at this location – even a tunnel to the west with supply bins lining the sides – making Artillery one of our favourite locations.

Read more: Apex Legends Season 5: How To Get Legend Tokens

At the beginning of the game, players might notice the supply ship making its way onto the map.

Judging from its direction, players can see where the Supply Ship is going to land, and it guarantees high tier loot every single time.

One drawback of this location is that it usually attracts opposition squads - especially if it's in the path of the dropship.

Bear this in mind if you are a beginner to Apex Legends.