Have you considered using the Grau?

The Grau 5.56 still remains one of the strongest weapons across multiplayer and Warzone.

Despite being hit by a few nerfs in past updates, players are still falling back to this weapon for its reliability, damage and accuracy.

It also boasts a strong rate of fire and clean iron sights (freeing up an attachment slot).

Here are the best GRAU classes in Warzone and Modern Warfare. 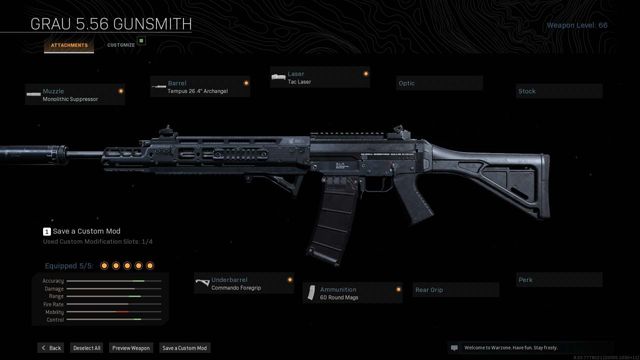 Use the stun grenade to slow the enemy down, making them an easy target and use the frag grenade to either launch across the map in the hopes of scoring a crazy hail Mary kill or cook it and bounce it into a crowd for a massive impact.

Further increasing the lethality of the GRAU with some stopping power rounds to make it even more deadly at close range.