Apex Legends Season 5: Gun And Weapon Tier List - The Best Weapons To Use In The Latest Season

Season 5 of Apex Legends is now LIVE and players can experience the various weapon changes that come with it.

The Mastiff has been taken out of care packages and placed in the overworld for Season 5!

However, this has also meant reductions in damage output, a huge nerf to the headshot multiplier (from 2x to 1.25x) and an increase to magazine size and rate of fire. However, you'll now be able to stock it with Shotgun Ammo.

We'll see whether this affects the Mastiff's ranking - it's likely it will drop significantly - but we'll playtest it a bunch before changing this document, so be sure to check back in a week or so.

Again, one you’ll need to be lucky to find (or kill its previous owner if you don’t get to the care package first), this sniper rifle can instantly kill any Legend with a headshot, but don’t be afraid to go for anything you can hit – the Kraber deals big damage to all areas.

We saw in Loba's gameplay trailer that she found a Kraber using her Black Market Boutique ability - it is as of yet unknown whether it was in a nearby care package, or if she can pull weapons from nearby death boxes.

No longer found in care packages, the L-Star no longer needs to reload but it will overheat if fired too often.

If you pick it up, be sure to stock up on your energy ammo as without needing to reload it can be all too easy to get careless – but it is very powerful nonetheless.

While it can take a little while to fire at full speed, once you've got going the L-Star is the best fast-firing weapon in the game, even knocking the R-99 off its perch. Managing your fire so it doesn't overheat can also give you the edge when opponents need to reload.

The Devotion really improved in Season 4 after being moved to supply drops. It is incredibly accurate and suffers from very little recoil, making it one of the very best weapons in Apex Legends.

But the best thing about the Devotion is the sheer damage it produces. With a little practice on the Firing Range, you won't have to worry about losing a single 1v1 fight with this LMG in your hands.

A sub-machine gun that’s fairly common, the R-99 relies on attachments such as an extended mag and a lightweight optic to bring out its full potential.

Nevertheless, it's ideal in close range, able to shred shields and health with impressive speed, and for that reason just keeps its spot in S Tier.

Speaking of which, the Longbow DMR has long been a consistent performer in the Apex games (even with a slight nerf to its rate of fire in Season 3).

Our advice is to narrow the spread with a Precision Choke hop-up to maximise your damage output. 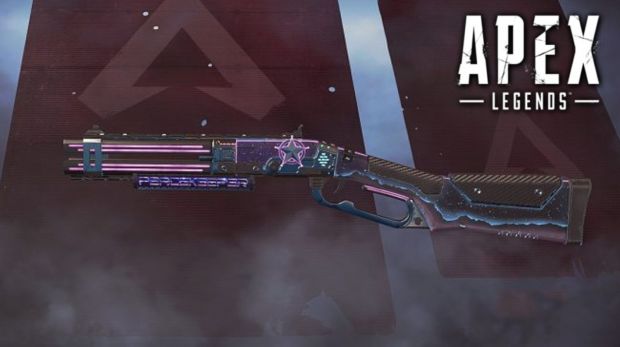 That makes it ideal at anything except long range, especially with a decent optic attachment. Keep your eyes peeled for the golden Legendary Hemlok in Season 5 games.

Without it, the Prowler can be a tad unwieldy with its relatively small magazine. Just be sure to stock up on attachments.

However, its best use is a place to store attachments until you pick up a superior R-99, when they'll all fit the SMG.

Without it, aim for the head – there’s no Skullpiercer hop-up anymore, but it still does impressive damage.

The fact that you can now find a fully kitted-out Legendary Spitfire as of Season 5 has pushed this weapon up two tiers - it will be devastating in the early game.

We expect it to continue to reign supreme into Season 5, despite significant increases to recoil. Check back to see whether this affects its rank once we've conducted our playtesting.

It’s an assault rifle that packs an accurate punch, although the charge time can be an irritant. There's also the fact that L-Star users will be hoarding most of the Energy Ammo in King's Canyon, which really holds the Havoc back. It hits hard and fast and is an ideal weapon to keep in reserve when breaching an internal area.

A reduced reload time and increased damage from 11 to 12 make this a reasonable weapon if you can't find anything else.

It also shares plenty of attachments with the R-99 we mentioned earlier, so you’ll want to grab that one when you can.

A sniper rifle that spreads ammo sounds like a dream come true, but in reality, the Triple Take isn’t as good as it could be - unless you equip a Precision Choke to harness those shots.

The most vanilla of pistols, the P2020 just isn’t that exciting.