Apex Legends Season 6: Weapon Tier List And The Best Weapons To Use

Season 6 of Apex Legends is now LIVE and players can experience the various weapon changes that come with it.

The Mastiff was taken out of care packages and placed in the overworld for Season 5, leading to widespread use of the deadly shotgun.

However, this has also meant reductions in damage output, a huge nerf to the headshot multiplier (from 2x to 1.25x) and an increase to magazine size and rate of fire. On the other hand, you'll now be able to keep it fully loaded with Shotgun Ammo.

Despite the nerfs, the Mastiff remains one of the best close-range weapons in Apex Legends, and in Season 6 it is one of the weapons that you can find fully-kitted, making it even more dangerous.

The most iconic Apex Legends weapon has been moved to Supply Drops in Season 6, which has a whole host of impacts down the tier list.

Nevertheless, it's ideal in close range, able to shred shields and health with impressive speed, and buffs to damage and magazine size keep it well in the S-Tier, despite its rarity.

Again, one you’ll need to be lucky to find (or kill its previous owner if you don’t get to the care package first), this sniper rifle can instantly kill any Legend with a headshot.

But don’t be afraid to go for anything you can hit – the Kraber deals big damage to all areas.

Get some practice in the Training Arena first, though, as the painfully slow rate of fire means you have to make every shot count.

The Devotion really has been taken back out of supply drops, but the Energy LMG still packs a brutal punch. It is incredibly accurate and suffers from very little recoil, making it one of the very best weapons in Apex Legends.

But the best thing about the Devotion is the sheer damage it produces. With a little practice on the Firing Range, you won't have to worry about losing a single 1v1 fight with this LMG in your hands, despite the reduced clip size for Season 6.

Grab a fully-kitted one for best results.

The Longbow DMR has long been a consistent performer in the Apex games (even with a slight nerf to its rate of fire in Season 3).

The Precision Choke is now also built into the shotgun, meaning that you'll be able to charge up those shots right away for maximum damage. 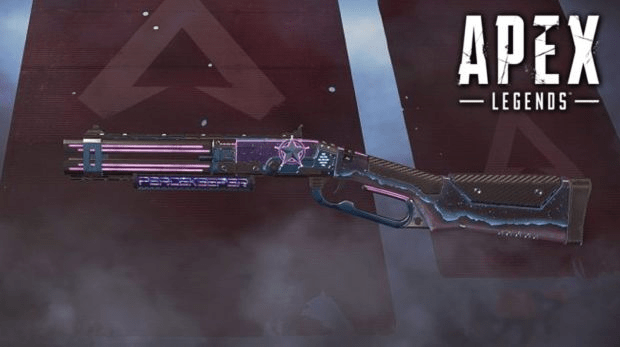 That makes it ideal at anything except long range, especially with a decent optic attachment. Keep your eyes peeled for the golden Legendary Hemlok.

Season 6 buffs mean less recoil, too, so the Hemlok remains a great choice.

Without it, the Prowler can be a tad unwieldy with its relatively small magazine. Just be sure to stock up on attachments - especially that extended mag.

The Volt is the brand-new weapon straight out of Titanfall 2, and everybody wants to know how good it is. And, to be honest, it's really very good.

The Volt takes Energy Ammo and fires it at a rapid rate, destroying shields in seconds at close range.

The SMG eats ammo, so be sure to stock up, and make sure to grab one of the new Extended Energy Mags to make the most of your pushes.

As the R-99 heads to Supply Drops, the Volt is ready and willing to take its place.

Check out our Volt guide here. 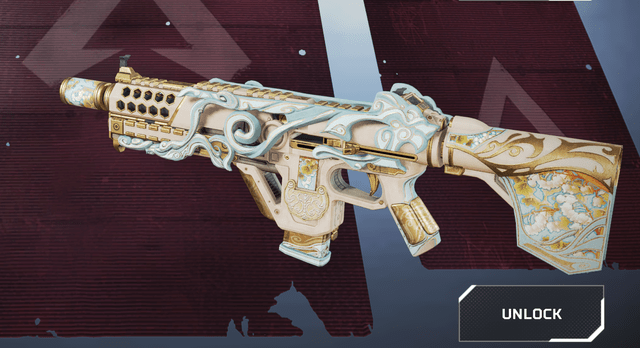 Without it, aim for the head – the return of the Skullpiercer means this trusty pistol does 2.25x headshot damage.

Equip the Rampart hop-up for an even bigger magazine - or use the character herself with devastating effect.

The Havoc has a firing rate so high it can shred shields in an instant, but multiple increases to the horizontal recoil have taken their toll.

It’s an assault rifle that packs an accurate punch, although the charge time can be an irritant.

If you can manage the recoil, this has the potential to be a serious threat.

No longer found in care packages, the L-Star doesn't need to reload any more either - but it will overheat if fired too often.

If you pick it up, be sure to stock up on your energy ammo as without needing to reload it can be all too easy to get careless.

While it can take a little while to fire at full speed, once you've got going the L-Star is fantastic. Managing your fire so it doesn't overheat can also give you the edge when opponents need to reload.

Season 6 updated the Charge Rifle to use two sniper round per shot, but it can hold eight rounds in a clip.

However, the move to Evo Shields across all game modes has taken the Charge Rifle up a few places - it is perfect for getting big damage in the early stages of a game and levelling up that shield!

A Season 6 change means that if you're wearing Gold Armor, you will only need one Shield Cell to charge the Sentinel to its souped-up mode, but this is too situational to be considered a large buff. It hits hard and fast and is an ideal weapon to keep in reserve when breaching an internal area. Make sure to attach a Double-Tap Trigger to really make the most of this shotgun.

Keep an eye on your ammo, as this will eat through it in moments - especially when double-tapping.

Even the fact you can find it fully-kitted in Season 6 doesn't make the VK-47 a viable option.

A sniper rifle that spreads ammo sounds like a dream come true, but in reality, the Triple Take isn’t as good as it could be.

The Precision Choke is now built-in, which helps the Triple Take out a lot, as well as the fact you can now find fully-kitted variants of the sniper in Season 6.

However, it is still outclassed by other sniper rifles and even by some mid-ranged weapons.

The most vanilla of pistols, the P2020 just isn’t that exciting. A buff to its damage in Season 6 doesn't help it at all.