With Apex Legends entering its fifth season, we've had a number of new characters join the roster for Respawn's battle royale. She's great for solo play due to her small hitbox and its tactical ability, Into The Void, which is great for escaping scary situations. Long story short, her movement abilities mean she outranks most of her compatriots. Gibraltar was once the least used character in Apex Legends, his hitbox was massive compared to other characters. However, a series of buffs put him at the top of the pile.

However, his Dome Shield received a big nerf in Season 5, as now lasts for 12 seconds, whereas it previously protected teammates for 18. We'll see whether this change affects his viability and ranking. Now, Pathfinder is viewed as one of the core characters to use in competitive play and public matches. The ability to lay down zip-lines and propel yourself behind enemies for better angles is without a doubt one of the best aspects of Pathfinder.

Plus, that larger hitbox that was the bane of early players' lives now gives the Fortified boost, meaning he takes 15% less damage.

Unfortunately, Pathfinder suffered the biggest nerf in Season 5, as his Tactical Ability Grappling Hook now has a huge 35 second recharge time, more than double the 15 seconds it used to be. For the moment, they cling onto the S Tier, but Pathfinder could drop to A Tier thanks to this substantial change. The number of Lifeline Supply Bins has been increased, and the quality of their extra loot improved, so she's going from strength to strength thanks to her Season 5 buff. Setting up Interception Pylons can be vital for defending a position, especially if the circle is looking small in the latter stages of a game. Her Perimeter Security does a small amount of damage to enemies, but more importantly lets you know exactly where they're pushing from. Information is king, and Wattson is the info queen. 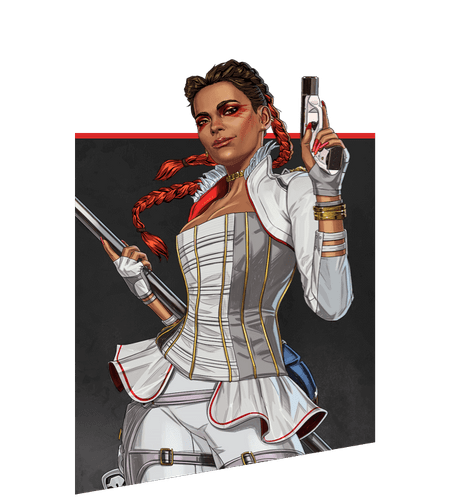 We'll come back and check on Loba's rank after a couple of weeks of Season 5, but we're putting her in A Tier based on how effective we think her abilities will be.

However, she has a large profile - around the size of Bangalore - meaning she'll likely miss out on low profile boosts and a Fortified boost. Thanks to a Season 5 buff, his gas no longer slows teammates and traps are no longer triggered from behind doors, which helps his team play immensely.

Caustic has the benefit of being the only one able to see through the gas - flummoxing opponents and allowing for easy kills. The residual damage isn't to be sniffed at, either. Although Bloodhound's Passive ability doesn't serve much help during matches, their ultimate ability is rather cool. Acting as a Digital Threat of sorts, the best part is the speed boost and the fact that the timer for your Beasthood is increased by 15 seconds for every knock you get.

Using Bloodhound's Tactical Ability can be useful for identifying threats in new areas or after dopping hot, plus they have some of the best skins in the game! 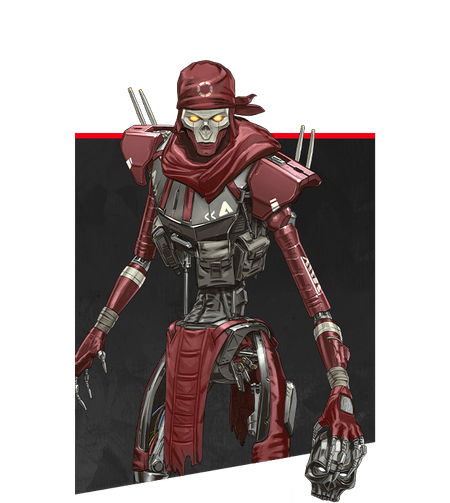 Everyone's favourite Simulacrum enters the fray in the B Tier due to the situational usefulness of his abilities. His Passive doesn't help a lot but could help you out when you really need to get the higher ground.

Revenant's Tactical Ability is probably his most useful, as it gives your teammates the edge in a fight when they can use their abilities but opponents can't.

The Death Totem can be incredibly useful if you're headed into a firefight, but if a third party camps by your totem, you will respawn with low health into a crossfire of certain death - this time for good. However, the Rolling Thunder does a fraction of the damage that Gibraltar's Defensive Bombardment does, and gives enemies plenty of time to clear the area. Bangalore is a useful starting Legend, but once you've got the ropes, it's best to move on. Mirage has had some serious reworks for Season 5, so many that we've already upgraded him to B Tier! Besides the mobility options Octane offers to the player, this character does not offer a lot of options offensively or defensively. The reduced cooldown time for his jump pad in Season 5 will do little to make him viable.

Launch Pads can come in handy, but any team with Wraith or Loba will be mobile enough without the need for Octane's speed. There was a lot of hype around Crypto's release, but he fulfils a much more niche role than expected. The slight buff to his drone in Season 5 is not enough to move him from the bottom tier.

The information you can gather from his drone is useful, but little else. Team up with some of the best Legends to have any chance of success with Crypto.