PUBG Mobile Season 12 is due to arrive on the 6th March - Season 11 will come to an end on the 3rd. Here's everything you need to know.

PUBG Mobile Season 12 is now LIVE and will celebrate the second anniversary of PUBG Mobile.

Although the latest season is still new, there's plenty to come in Season 13 already.

The latest 0.17.0 patch update has already gone LIVE and Season 11 has come to a finish.

The latest update brings a new shotgun, death replays, colourblind mode, the Erangle amusement park to celebrate the second anniversary of PUBG Mobile and much more.

So what does Season 12 bring to the table? Here's everything you need to know.

PUBG Mobile players are called upon to share their oldest screenshot of the battle royale mobile game, for a chance to win some cool rewards.

Community members are asked to find the oldest screenshot that they have for PUBG MOBILE and post it on social media with the hashtag: #2getherwelookback 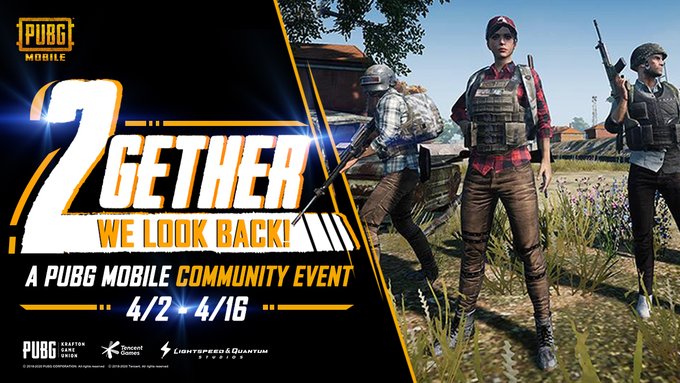 When Will Season 12 End?

Choose one ultimate set out of two. Anniversary theme items are returning to the Shop, don't miss out!

There has also been an Improved Purchase and Upgrade interface display and added support for Exclusive Vouchers (available from events).

After obtaining the pass, players will immediately receive a skin for the QBZ assault rifle.

The final tier reward is a Robotic skin and as the theme of both items will be the “anniversary special”, neon lights will be covering the number “12”.

Here's a closer look at what's on offer - you can see ALL of the rewards right here. 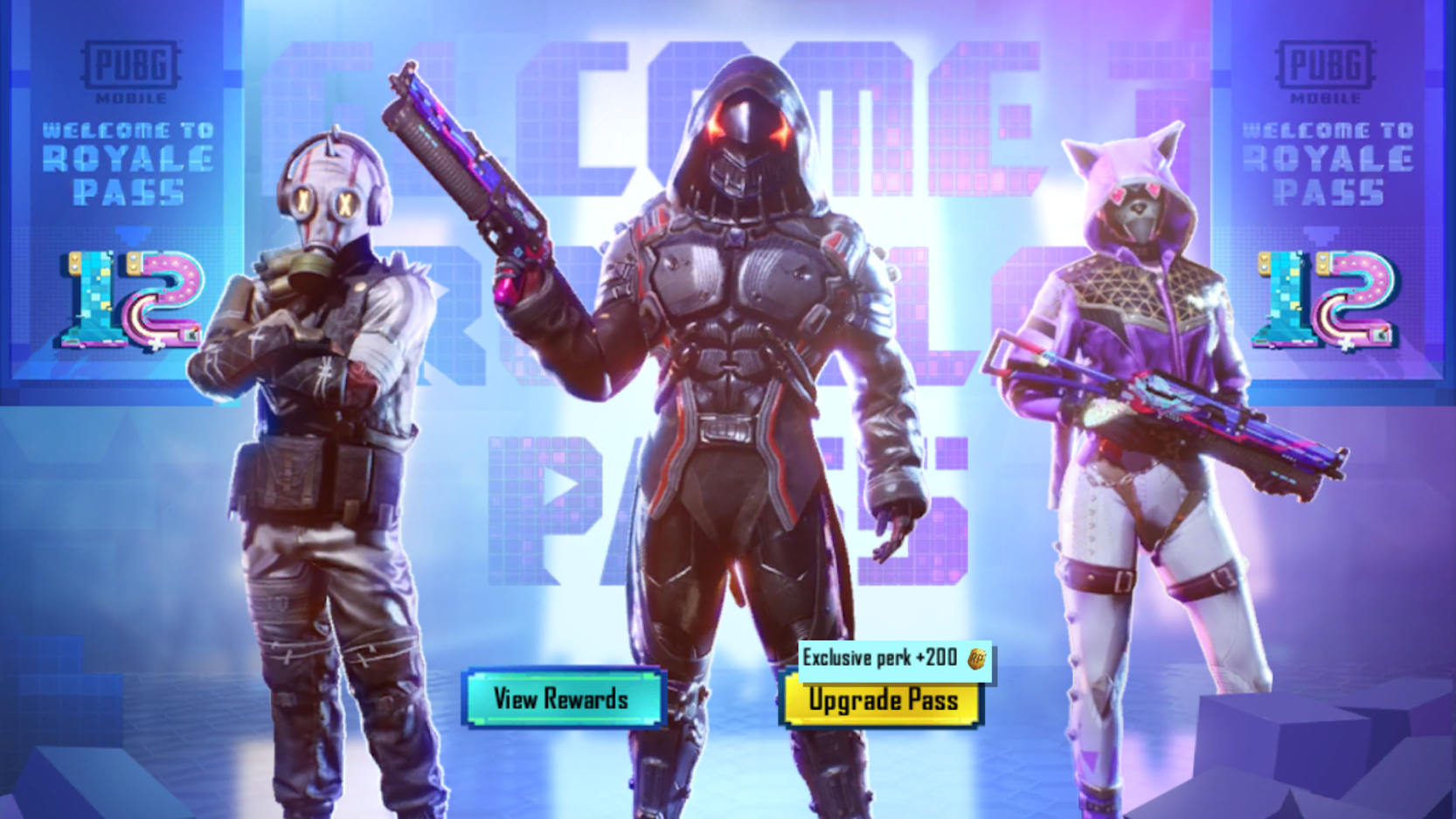 The latest patch notes for Season 12 have now gone live, here are the highlights:

Players on different versions are unable to invite one another, so update as soon as possible!

Update before March 6th to receive:

You can read the FULL patch notes and updates below.

When Does PUBG Mobile Season 12 Start?

PUBG Mobile Season 12 will release on the 6th March 2020. There will be no downtime for this update.

It has been confirmed that PUBG Mobile Season 11 will end on the 3rd March.

Season 11 ranks will end and reset on 9th March 12am GMT, with Season 12 ranks beginning at 2am GMT.

Recently the PUBG Mobile Twitter tweeted that Death Replays will arrive on the 3rd March - it's likely the update will arrive after Season 11 ends.

Be sure to check out our guides for PUBG Mobile Season 12 before jumping into battle!

What Will Be Included In The New Update?

The DBS, is a double-barreled shotgun that can only be obtained through AirDrops.

It has an internal magazine that holds 14 rounds of 12 Gauge ammo that can fire 2 shots each rack.

The DBS will need to be racked from the magazine after 2 shots, which is faster compared to previous shotguns' reloading speeds.

It can be outfitted with the Holographic Sight, Red Dot Sight, and 2x - 6x Scope. 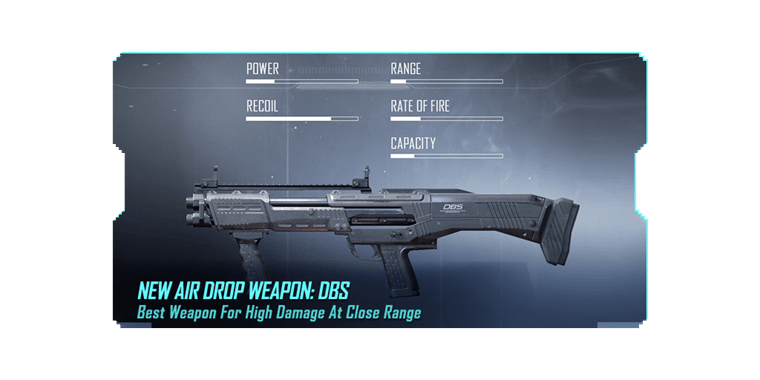 Three amusement parks are being added to into the Erangle matchmaking classic mode.

Amusement Parks: In this mode, old school amusement parks will appear randomly in three locations on the Classic Erangel map.

Arcade Machines: Interactive Arcade Machines will be placed in the amusement parks and major towns, which can be activated with Tokens.

Reverse Bungee + Wingsuit: High-rise Reverse Bungee machines will appear in the middle of the amusement parks. Players can be launched into the air to use their parachute and glide again.

This is all to celebrate the 2nd anniversary of PUBG Mobile - you can see gameplay of it here. Based on Classic Mode gameplay, arctic storms will appear periodically in Vikendi. Players will need to maintain and keep their body temperature high through various means, otherwise, their health will continuously decrease. 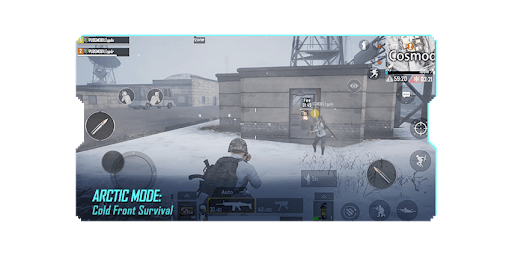 The realistic survival experience, Hardcore Mode, will return in 0.17.0!

In this mode, there will be no auto pickups, nor automatic door opening or reload. In simple words, the game will be played same as you play the PC version of PlayerUnknown's Battleground.

Although players are thankful for its inclusion, they do fear it will be quite bugged. 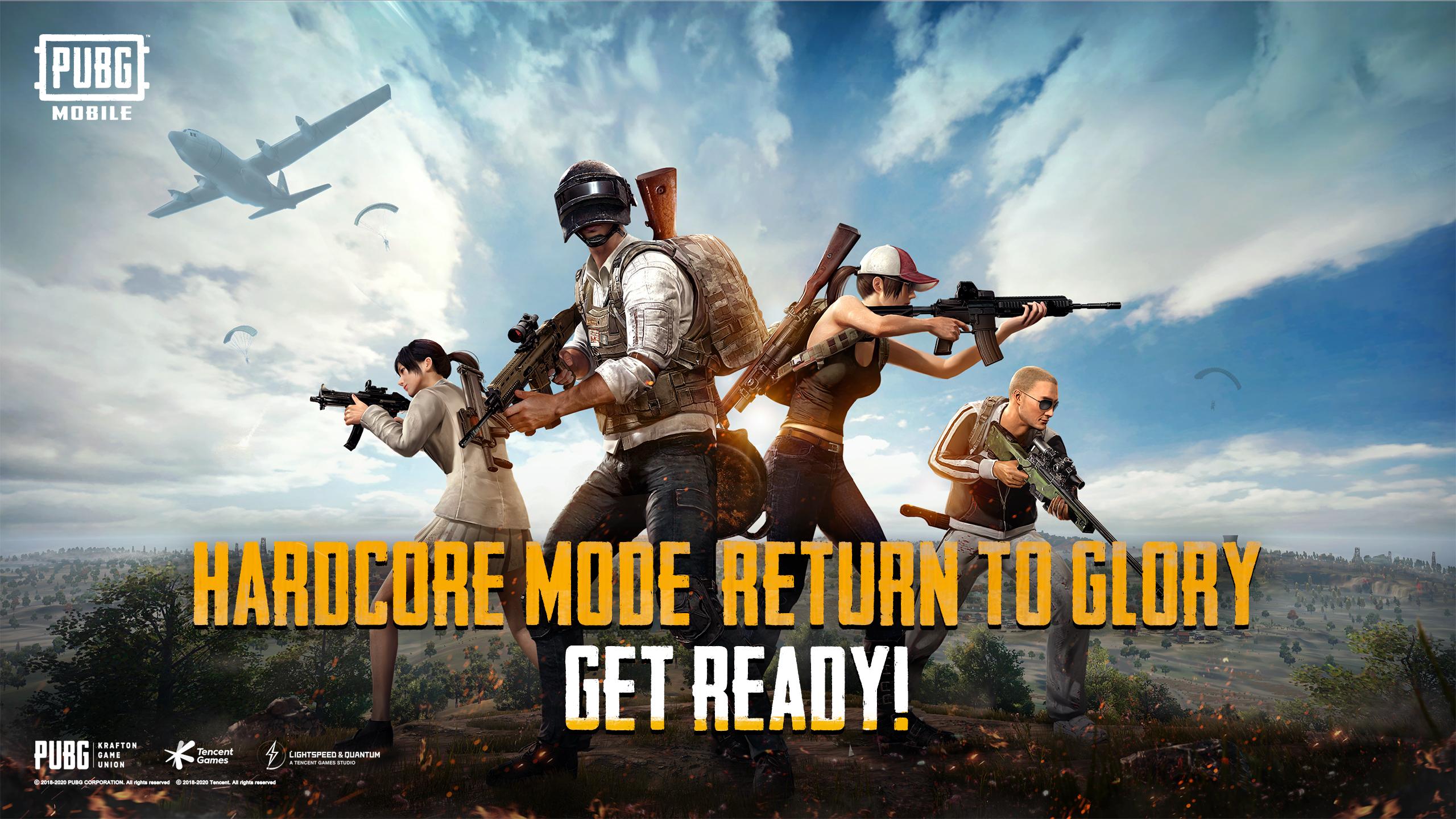 Through Brothers in Arms, veterans with rich game experience will guide and play together with rookies in the game.

Rookies can learn from the veterans and master the game quickly, while the veterans can receive great rewards.

Players can enter the Brothers in Arms system and register as a Rookie or Veteran. Rookies send invitations to recommended Veterans, and Veterans who have enabled the Rookie Matching status will receive the invitation.

The two will enter the battle after matching, which supports Classic mode rating calculations. 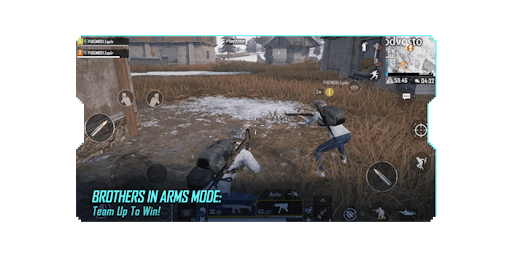 With the new Season 12 update, a new system that sniffs out cheaters will be put into place.

All of your questions about Project: Ban Pan can be answered here.

Death Replays (also known as killcams in other games) will finally be added.

The player will be able to rewatch how they were killed, offering up a chance to think tactically next time.

This has been confirmed on the PUBG Mobile Twitter - releasing on the 3rd March. 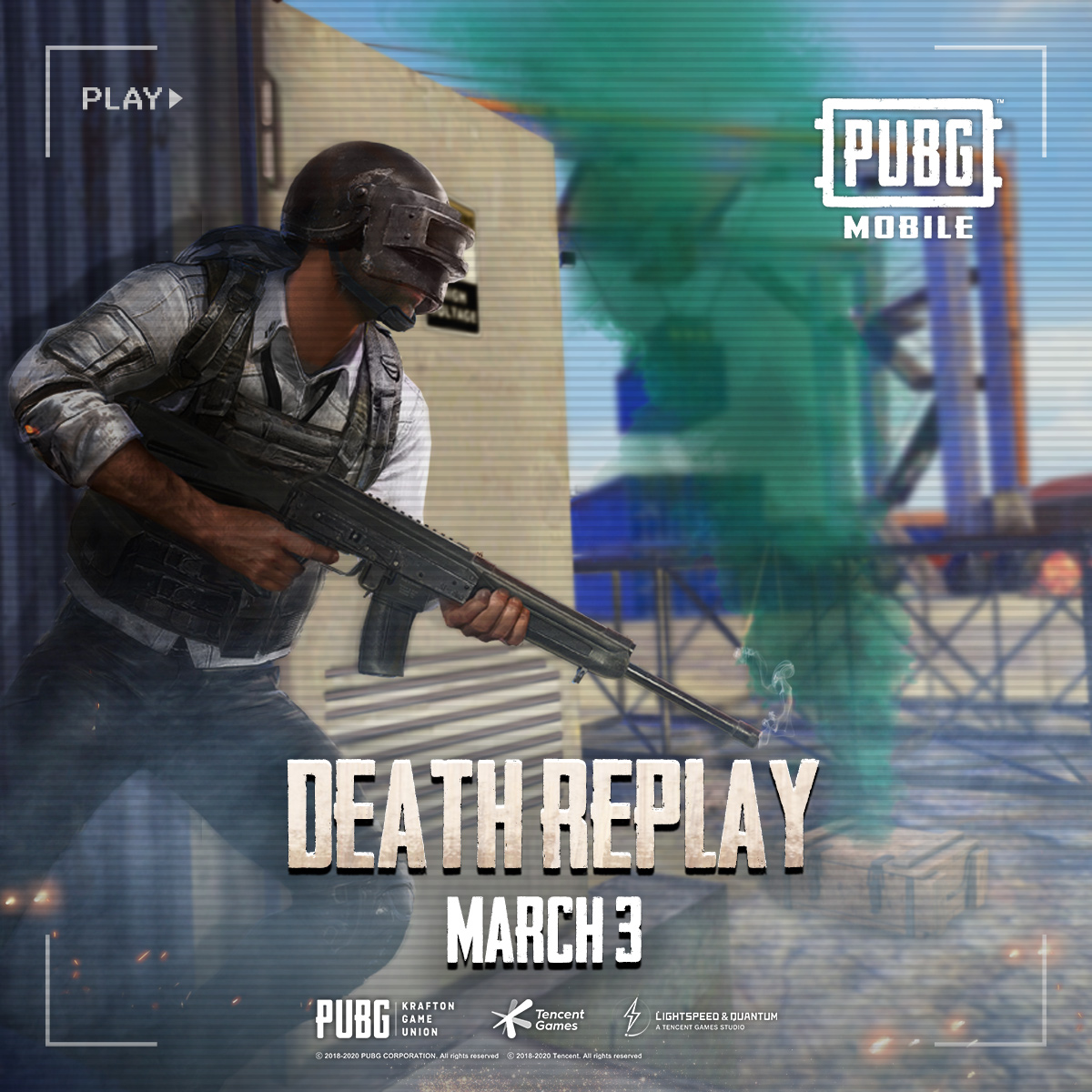 A new feature now supports the adjustment of the voice volume for a single teammate in battle. Players can adjust volume according to their teammates' voices.

In the new update, you can now place eight different types of markers instead of just one.

Survive Till Dawn and RageGear - PickUp will be removed for further tuning after the update. Please keep an eye on the update notes for future release dates.

Improved the camera shaking and position adjustment in some situations in Team Deathmatch FPP mode to increase realism.

There will be an Anniversary Celebration Event starting March 12th. 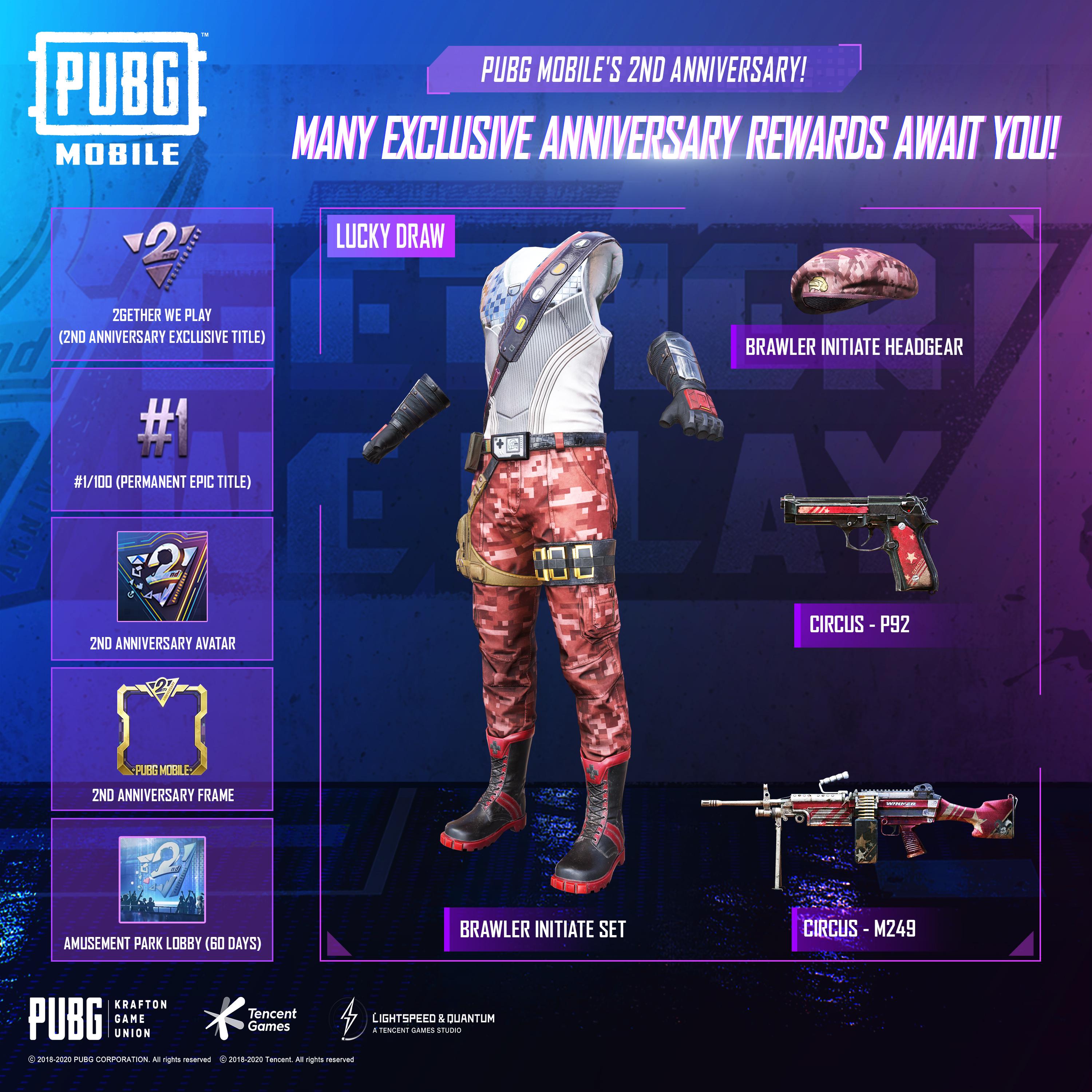