One of the two new adventures coming to Pokemon Sword and Shield, The Isle of Armor is will be a means to scratch the ongoing Poke-itch. We cover everything you need to know in-depth right here!

The Isle of Armor is now live for all to play and brings a new location added to the Galor region for the Pokemon Sword and Shield games and it arrives on the 17th June!

The franchise is introducing an Expansion Pass that will flesh out the Galar region, with The Crown Tundra expected later this year.

For those who won't be playing at launch, Pokemon have arranged a special livestream to detail what's new in the Isle of Armor.

Recent data mines have given us a host of new information about what is coming in our sunny Generation 8 adventure including moves, abilities and items!

After an official trailer released at the start of the month, Pokemon fans are eager to jump into the Isle of Armor and explore a whole new area and experience a fresh story.

Many would argue that the Sword and Shield's main game was a short but sweet tale that the expansion can help fulfil the empty feeling its ending left.

The Isle of Armor will bring a new adventure, new Pokemon for your Pokedex, and new costumes.

You can find information about the following things here:

If you weren't already aware, there are two expansion passes available - one for each game.

It's important that you buy the correct expansion pass for your game, whether you own Sword or Shield.

If you have made this mistake, here's how to fix it.

The expansion pass is now LIVE for everyone to play!

A range of new games were announced today including Pokemon Sleep, Pokemon Cafe Mix, New Pokemon Snap and many updated to Pokemon GO.

Isle of Armor will feature level scaling, which means no matter what level you are you won't need to worry about the level of your opponents.

Nintendo product marketing specialist Demetrius Boggs confirmed that Pokemon in the Wild Area and those belonging to trainers will scale alongside yours - they can scale up to level 100!

Ash Ketchum's hat will be available in the Isle of Armor DLC - here's how to get it! 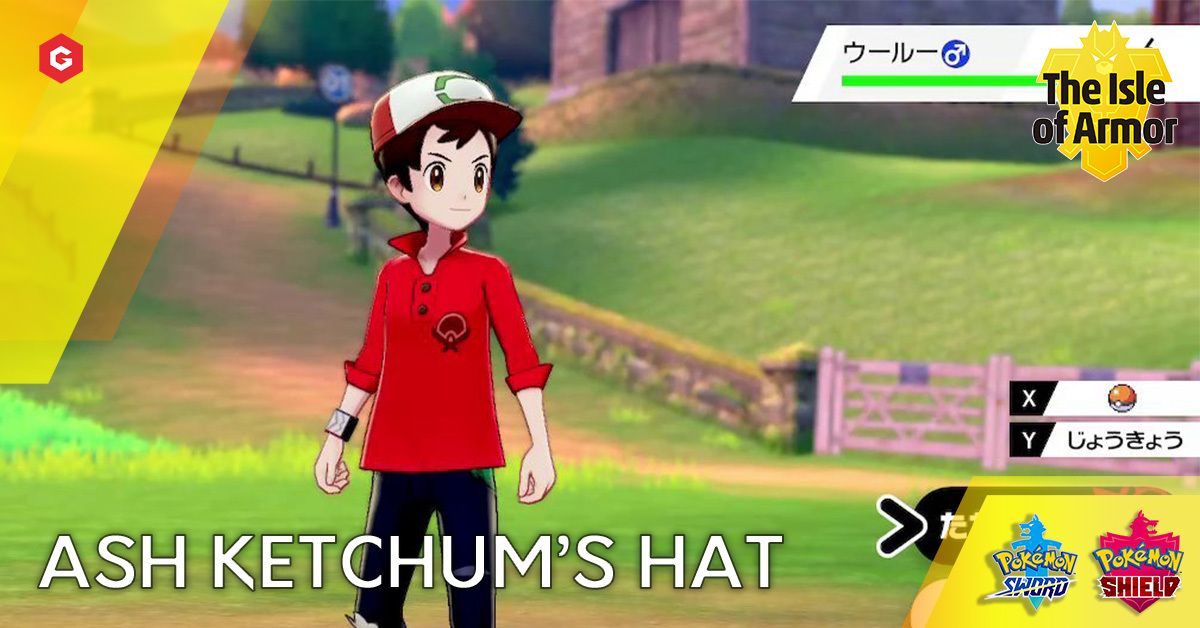 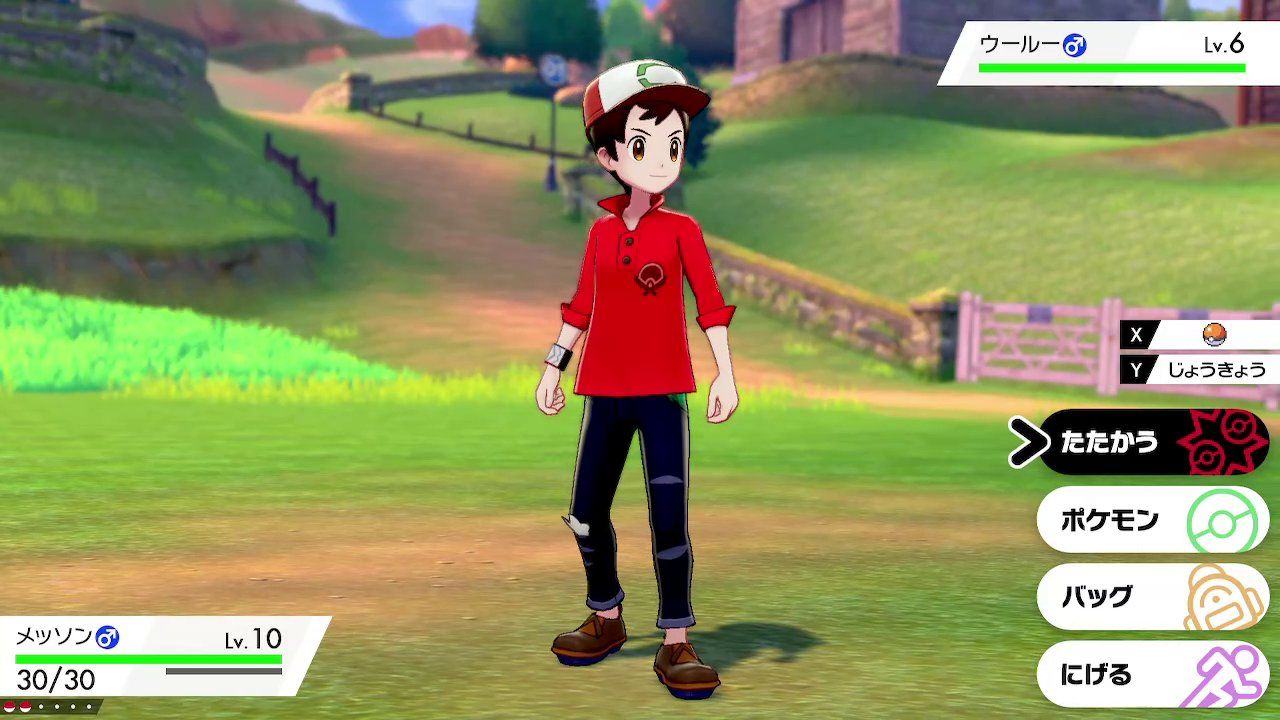 Be ready for a whole host of new Pokemon in the Isle of Armor DLC. New Pokemon means new ways to evolve! 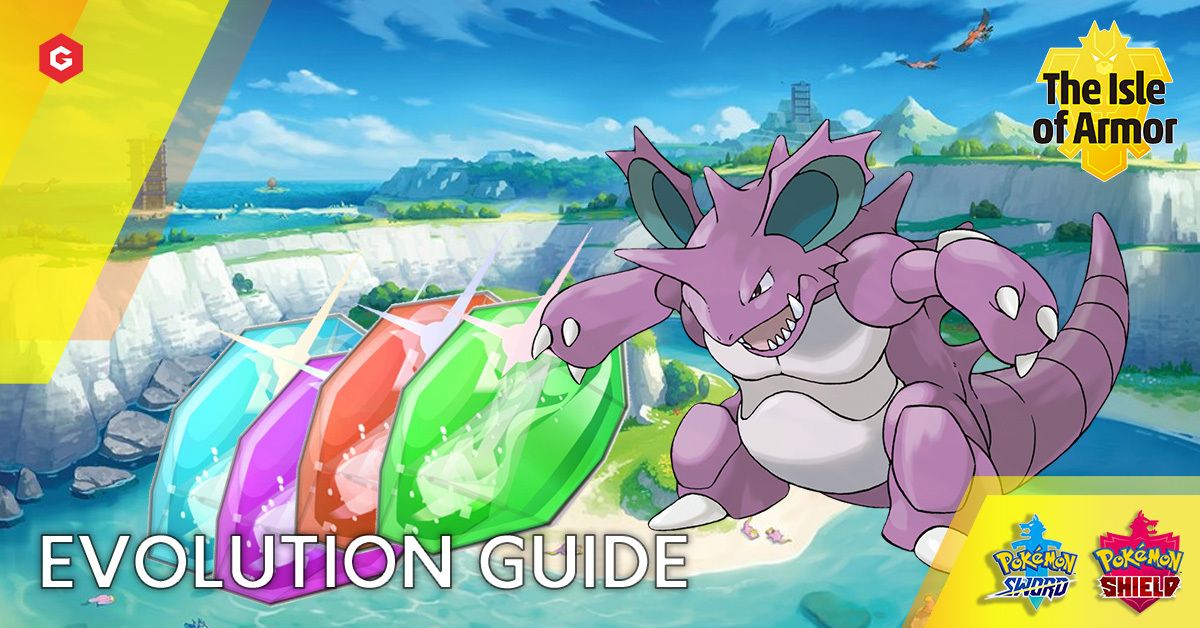 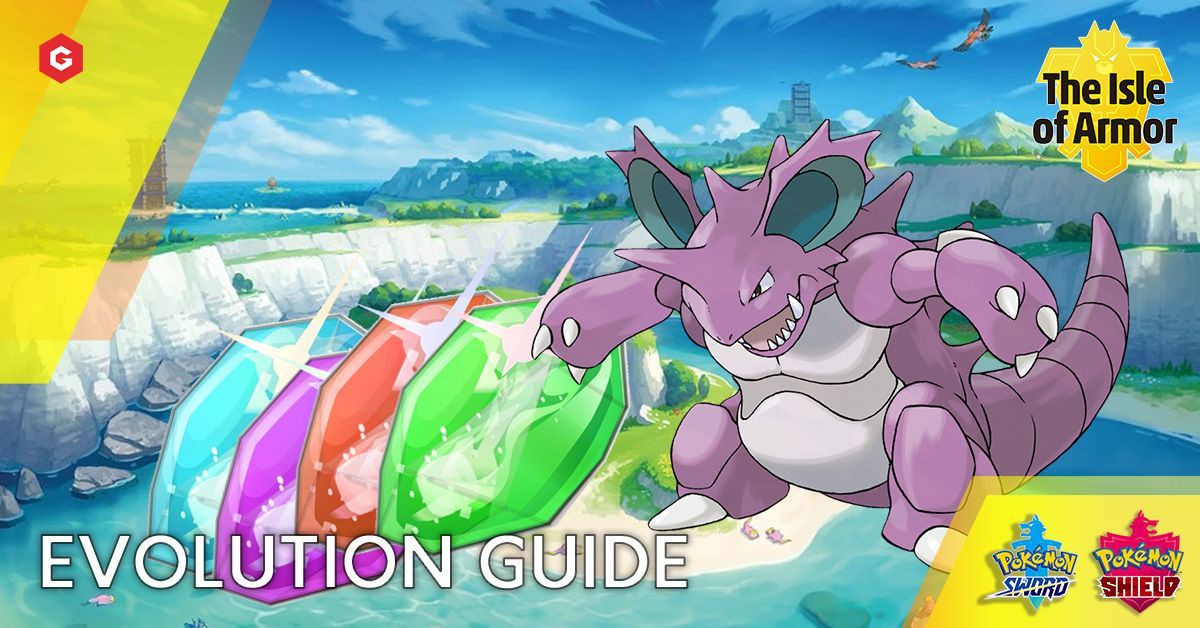 The new trailer shows off plenty of new gameplay and confirms the launch date for the 17th June.

You can check out new artwork here.

The Official Japanese Pokemon Twitter account confirmed that the new details will be shown at 6am PT/9am ET/2pm BST regarding the Sword and Shield expansion pass. 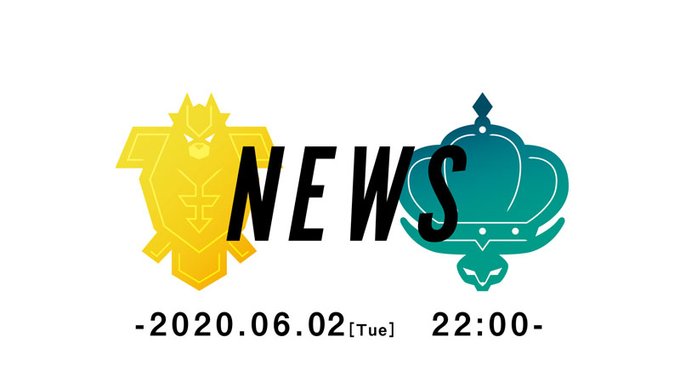 New Items And Abilities Coming To Isle Of Armor - 28th May

Another Pokemon Home data mine has revealed that new items and abilities are arriving in the Isle of Armor expansion.

The new items are:

The new abilities are: 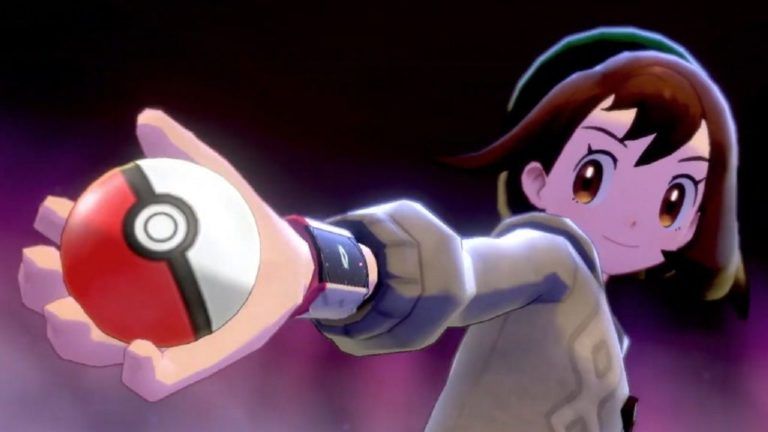 New Moves Coming To Isle Of Armor - 23rd May

21 new moves have been discovered in a recent data mine of Pokemon Home.

These moves are expected to arrive with the Isle of Armor update as we receive brand new Pokemon.

The new moves are: 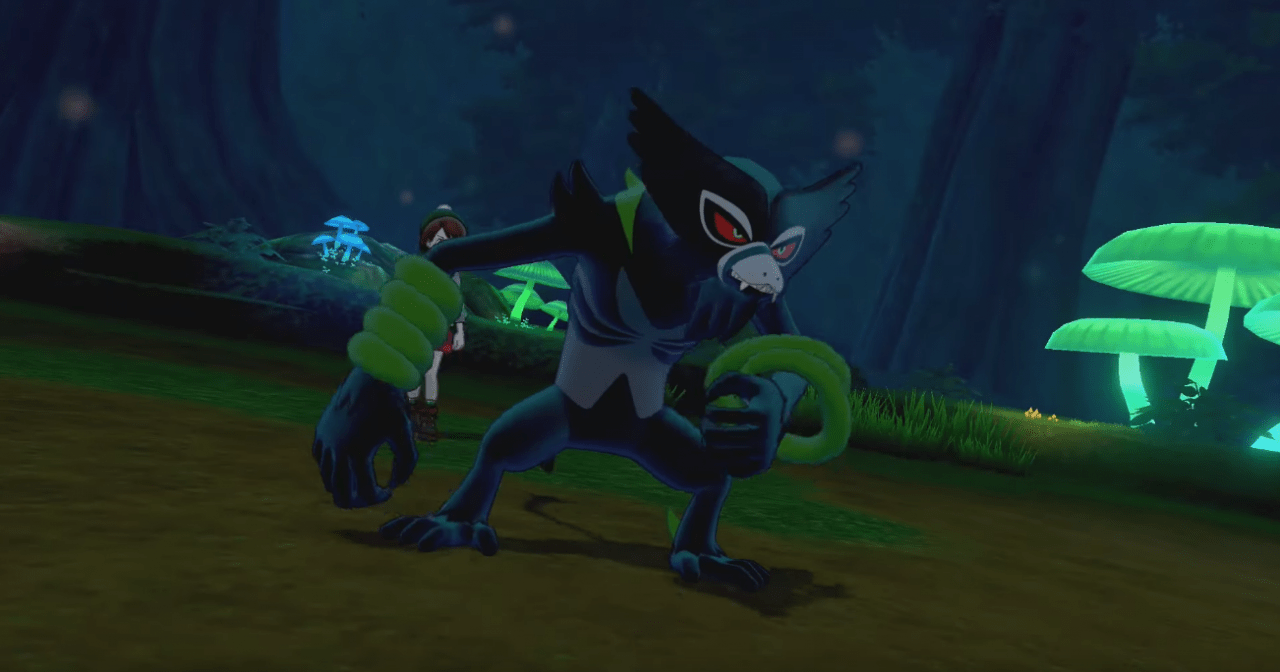 To wrap up the Nintendo Direct mini, more footage of the new game was revealed about the Isle of Armor.

It gave some more information about the legendary Pokemon, new costumes, a pre-order bonus AND a small update on the release date.

The Pokemon Sword and Shield information starts at 25.30!

Isle of Armor is the first DLC from the Pokemon Sword and Shield expansion. The Isle of Armor appears to revolve around the theme of 'Growth'.

Set on an island, located to the east of the Galar region shores, players will be able to pick up from where their adventure left off in the main game.

Complete with new Pokemon, characters and costumes, the Isle of Armor is full of beautiful nature.

It also features a Dojo for Pokemon battles, where you'll take up an apprenticeship under the person that runs it - his name being Mustard. Mustard is your new mentor and the former mentor of champion Leon.

The Isle of Armor is inspired by the Isle of Man.

The Isle of Armor is set off the shore of the main Galar region.

So far a few landmarks stick out such as: When Is The Isle Of Armor Release Date?

Pokemon Sword and Shield's expansion pass will launch on the 17th June 2020.

The expansion pass will launch with The Isle of Armor and The Crown Tundra will arrive later in Autumn 2020.

Be sure to check out our Isle of Armor related tips, tutorials and guides:

The trailer and gameplay were shown in the most recent Pokemon Direct on the Nintendo YouTube channel.

You can check out the full Pokemon Direct here:

Within the Pokemon Expansions, there will be new Pokemon.

The expansion pass will bring different Pokemon to each version of the game and has brought forward 200+ well-known Pokemon from past entries.

check out the Pokemon we would like to see return here. Here is the list of confirmed new Pokemon, based on the Pokemon Direct and the recent trailer: In the Isle of Armor, your new mentor Mustard will intrust Kubfu to you. Kubfu is a fighting type Pokemon that evolves into Urshifu.

Once you have Kubfu, you will take on the Towers of Two Fists. You will enter either the Tower of Darkness or the Tower of Water (you may only choose one).

Kubfu must face this challenge alone and once it has conquered one, it will evolve into Urshifu.

Urshifu has two distinct styles and will learn one depending on which tower you take on:

He also has a Giganatamax form with a brand new ability and a new move for each of its two styles. Your starter Pokemon will gain a Gigantamax form as reward for their adventure on the Isle of Armor.

All three will have powerful and unique moves:

If you have Pokemon Sword your new rival will be Klara, who is a poison type user.

If you have Pokemon Shield your new rival will be Averym, who is a psychic type user. Pokemon Sword and Shield has also introduced a few new updates to the base game.

Isle of Armor VS The Crown Tundra

The new Sword and Shield expansion will bring so many new features. While the expansion is separated into two separate stories, they will share a lot of similarities and differences.

But which one will be better? We analysed the pros and cons for each expansion here.