Pokemon Let's Go comes to Johto, as the very popular and successful game gets a sequel. Here's everything we know about the Pokemon Diamond and Pearl remake including the release date, trailer, gameplay, differences and everything else.

In today's Pokemon Presents, we will hopefully hear more about this intriguing take on

With Pokemon Sword and Shield releasing its latest Isle of Armor DLC, players have been underwhelmed by its short story - so they're already turning to the next game.

But Sword and Shield did provide some valuable learnings and great features that can be taken forward to the new game.

With a Pokemon Direct just around the corner, we may hear news about a new Let's Go game - especially with the new Pokemon Sleep app releasing this year and Pokemon GO Plus+ accessory to compliment it.

Here's everything we know about Pokemon Let's Go 2.

Be sure to bookmark this page and check back regularly for the latest news and information.

What Is Pokemon Let's Go 2?

Pokemon Let's Go 2 follows the same formula that Pokemon games before and after it.

The game sees the adventures of a new Pokémon trainer, controlled by the player, who strives to become the Pokémon League Champion by collecting and training Pokémon.

Players are tasked with collecting eight gym badges in order to Challenge the Pokemon League, which spreads across the region of Johto.

Pokemon Gold, Silver and Crystal brought in 100 new Pokemon, bringing the total to 251.

Pokemon Let's Go 2 has no official release and has not officially been announced.

If news at the Pokemon Direct goes the way we are expecting, we should see it towards the end of 2020.

The game will release on the Nintendo Switch exclusively once again, as did Pokemon Let's Go Pikachu And Eevee.

There is currently no trailer or gameplay for Let's Go 2, however, it won't be too dissimilar to the original game.

The games have already been remade in the form of Heart Gold and Soul Silver.

This means we'll get a major cross between Pokemon GO and traditional Pokemon RPG games we all know and love.

This also works fantastically for Nintendo, as they can tap into two audiences and sell more Poke Ball Plus accessories.

Speaking of accessories, with Pokemon Sleep on its way, will a Let's Go sequel incorporate the app and the Pokemon GO Plus+?

It's likely we would need two mascots/starters to feature in this game, will we see two new regional Pokemon?

It would be tough to isolate two standout Pokemon that have as much lure as Pikachu and Eevee, the safe choice would be to make them the mascots once again.

Could they add a third mascot and select the three starter Pokemon instead? There are plenty of options.

Pokemon Gold and Silver originally featured both the Joho region and the Kanto region, it may seem unnecessary as we have only just had the first Let's Go game, but what made these games so great was the inclusion of this region.

The three starter Pokemon in Sinnoh are: 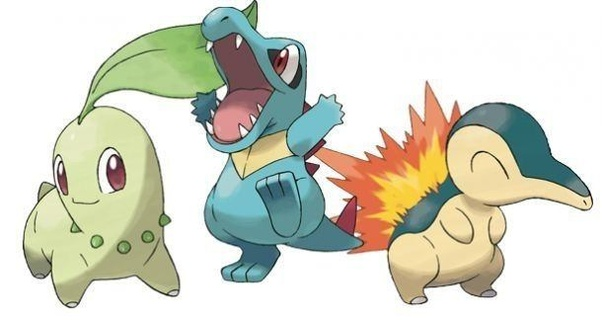 These three Pokemon featured heavily in the anime series and although not the best, are certainly some of the most fun Pokemon in the franchise.

This Pokemon can learn a variety of moves including Solar Beam, as well as having the ability 'Flash Fire', which makes it immune to Fire-type moves. When activated, Fire-type moves are also increased by 50%.

Chikorita evolves into Bayleef before evolving into its final evolution Meganium.

This Pokemon features the ability 'Leaf Guard', during harsh sunlight, Leaf Guard prevents the Pokémon from being afflicted by non-volatile status conditions and Yawn.

The game also featured the Kanto region, so it does also feature the following legendaries:

So far, we don't know any official changes and differences, but we can assume that there will be a number of changes.

The graphics are the first point for change, but it's unlikely they will change massively and will likely use the same engine as Let's Go Pikachu and Eevee.

Mega evolutions may make an appearance, as we saw it was introduced in the newest Pokemon Lets Go, Pikachu and Eevee.

If Mega evolutions do not appear, Dynamaxing Pokemon may return to help promote Sword and Shield; although it is unlikely as it is meant to be specific to the Galar region.

It's unlikely any Pokemon game that releases now will include the National Pokedex, as it will need to function with Pokemon Home, but it would be great to see it included.

A new feature that appeared in the last game is auto-saving, which will also likely return.