Detective Pikachu is coming to the Nintendo Switch! Here's everything you need to know about this crime-solving Pokemon's next adventure including the release date, trailer, gameplay, editions, pre-order bonuses, Amiibos and more.

Detective Pikachu for the Nintendo Switch is a dream come true for fans of the original, released on the now-obsolete 3DS system, since it was confirmed almost two years ago. If you've seen the movie, you'll be right at home with this game as the concept is very similar.

Pokemon's favourite mascot, Pikachu, is back. Though not voiced by Ryan Reynolds, he will be putting on his detective cap to appear on the Nintendo Switch, as the 3DS has been made obsolete. If you couldn't get enough of him in Pokemon Sword and Shield, you have an entire game dedicated to him!

BE SURE TO CHECK OUT OUR LATEST POKEMON CONTENT!

Pokemon Direct will more than likely reveal more news about what Pikachu has in-store for his next adventure, but what do we know so far?

Here's everything you need to know about Detective Pikachu on the Nintendo Switch.

Be sure to bookmark this page and check back regularly for the latest news!

What Is Detective Pikachu Switch?

The single-player adventure game originally released on Nintendo 3DS back in March 2018.

The game revolves around players controlling Tim Goodman as he works together with Detective Pikachu to solve various mysteries - the plot is very similar to the movie.

This is accomplished by walking around scenes, finding potential clues, and speaking with people and Pokémon to uncover new information

The 3DS game finished on a huge cliffhanger and since then the ending has yet to be resolved.

What's unclear at the moment is whether the Switch version is simply an expanded port of the original game (effectively the 3DS game with DLC) or a brand new adventure. 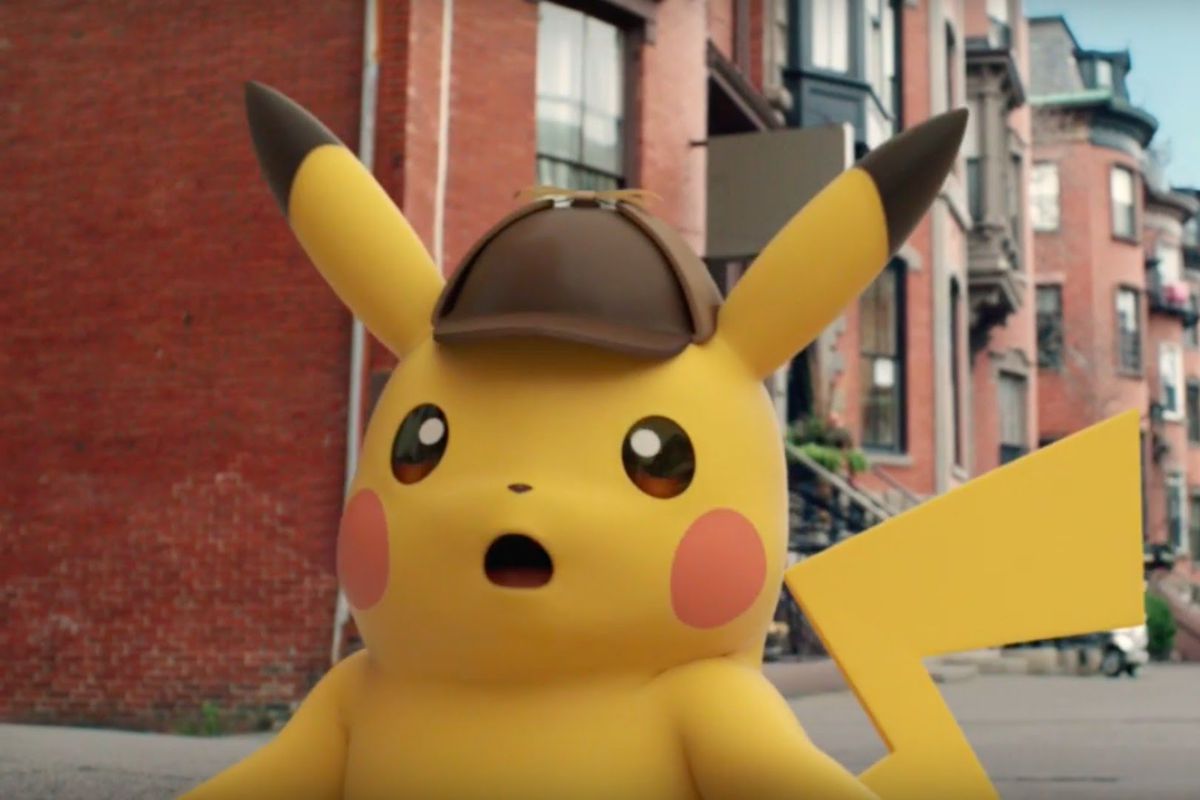 The game has currently been marked down for a 2020 release, with no official day or month to go with it.

Based on how quickly the new game may turn around and the lack of information, could lead us to believe that it is, in fact, a port of the 3DS version with extra content.

It could be argued that with Detective Pikachu 2 being filmed, it's unlikely to be a port and a new adventure entirely - as they closely link together.

“Can’t wait to keep sleuthing with Detective Pikachu? Plans are underway to bring this crime-solving Pikachu to Nintendo Switch! The details of this game are still a mystery...so keep checking back here for more clues.”

We will hopefully hear more about this at the Pokemon Direct.

There's currently no trailer for Detective Pikachu on the Nintendo Switch, however, if its a port you can expect it to look very similar to this.

If it is a brand new game, it's unlikely it will differ greatly from the original.

It will feature plenty of puzzles and real-time actions and events that require precise timing to pass. As well as this, you'll be collecting clue and talking to witnesses to solved crimes.

With this game arriving on the Switch, we will no doubt see improved graphics and a potentially more open environment to explore.

If the game is to be announced at the Pokemon Direct, it's more than likely we will see our first glimpse of gameplay.

Will It Feature An Amiibo?

Detective Pikachu originally launched with an Amiibo when it finally made its way to the west.

It's highly likely that the game will come with an Amiibo again.

As it hasn't got an official launch date or even any official information, there are no special editions or pre-order bonuses.

One Reddit user has come up with a great idea that they would like to see the port and the sequel bundled together - similar to how Bayonetta 1 and 2 were packaged.

As the game ends on a massive cliffhanger, it would make sense to do something like this.

Perhaps they can follow in the footsteps of other games such as Portal and Dishonored, by giving those that pre-order the new game a chance to play the original until launch.

What Pokemon Will Feature?

It's unclear what Pokemon will feature in the game, but it's likely to be very similar to the original game.

With the recent release of Sword and Shield, you can likely expect to see a few of these exclusives popping up to promote the game.

PAGE 2: EVERYTHING THAT WAS REVEALED AT THE POKEMON DIRECT