Pokemon Sleep App: Compatible Devices, Release Date, Requirements, Gameplay, Pokemon GO Plus+ And Everything You Need To Know For Android And iOS

Pokemon Sleep is the latest mobile app from the Pokemon Company and will work alongside Pokemon GO. Here's everything you need to know including the release date, requirements, gameplay, Pokemon GO Plus+, compatible devices and more!

The Pokemon Company and Niantic Labs changed the face of mobile gaming back in 2016 with Pokemon GO, and they plan to do something similar with Pokemon Sleep, a brand new feature that will work alongside Pokemon GO. As a refresher, Pokemon GO is an augmented reality mobile game, developed by Niantic, where players can go out into the real world to catch Pokemon.

The idea for GO was to promote physical activity and encourage healthier lifestyles through gaming; as gaming is seen by many as encouraging unhealthy habits. Last year, it was announced that Pokemon Sleep would be the next mobile game for Pokemon fans and if the name wasn't a giveaway, it actively promotes sleep and still allows you to game!

BE SURE TO WATCH OUR LATEST POKEMON CONTENT HERE!

You may have forgotten all about this potential sleeping giant since all eyes have been on Pokemon Sword and Shield (and most likely as there has been little information about it) but we will likely hear more about it at the upcoming Pokemon Direct.

For those who may be hoping for something on the same level as Pokemon Sword and Shield, you're out of luck! So what is Pokemon Sleep? Here's everything we know so far!

What Is Pokemon Sleep?

Pokemon Sleep is a brand new single-player mobile game app, developed by Japanese studio Select Button. They will receive assistance from Pokémon GO developer Niantic and is published by The Pokémon Company.

This information is then communicated to your mobile device via Bluetooth for sleep-related gameplay.

The app is essentially an extension of Pokemon GO, meaning that players can still play the game and progress even when they're asleep.

The Pokemon Company has promised it will turn "sleeping into entertainment". It's important to remember that this is less of a game and more of an app.

So far, we simply have a year in which this app will arrive on our mobile devices.

It was confirmed last May by Tsunekazu Ishihara (CEO of the Pokémon Company) during a press conference held in Tokyo as well as on the company's official Twitter page that the app will launch in 2020.

There is no exact date, but we will likely hear more about it at the upcoming Pokemon Direct.

The app will likely be free to download, however, it is unsure whether there will be in-app purchases.

Pokemon GO is a free game but has in-app transactions to generate revenue. It's possible that Pokemon Sleep could offer a similar option, but its unconfirmed at this time.

The Pokemon GO Plus+ also has no price. The original currently costs about £20 - hopefully, it will not be too pricey, but if I were to guess it could be £30-40.

Pokemon Sleep will be available on all mobile devices with the iOS or Android store.

There are currently no minimum specification requirements available for this application, but will likely be similar to Pokemon GO:

The phone must be compatible with Bluetooth® Ver. 4.0 or above (also called Bluetooth Low Energy or Bluetooth Smart).

Although the gameplay aspect of the app is unclear, it could be far more simple than we think (perhaps this is why we've had limited information so far).

The app will work in conjunction with Pokemon GO, most likely allowing you to catch Pokemon in the app while sleeping.

As Pokemon GO requires you to be up and active, this is a great way to progress on the game even when you're inactive.

How this correlates into the game is unknown. It could be that the time spent sleeping adds to your distance tracker, in order to hatch eggs while you sleep.

Could we transfer our Pokemon from GO into the Pokemon GO Plus+ to level them up as we sleep?

We may receive bonus items or even Pokemon for successive sleeping routines in order to promote good sleeping habits. 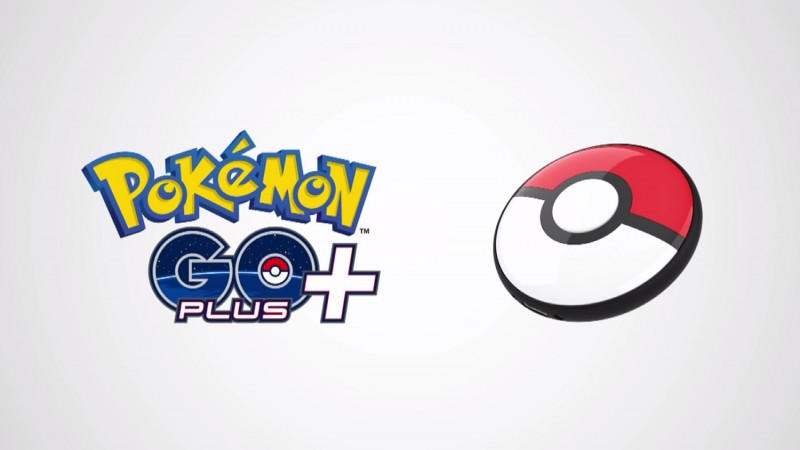 Will This App Be Compatible With Other Devices?

So far there is no confirmation as to whether it will work with other devices.

With so many smartwatches and activity trackers in the world, is it fair to force people to spend more money on another one? Purely for playing a Pokemon game?

The technology behind it sounds straight forward enough to work in cohesion with any other device, but it is unclear how that translates into Pokemon GO if at all.

You could see this app not taking off if people are forced to buy and wear a Pokemon GO Plus+ in order for it to function; not to mention we are still yet to understand if the Pokemon GO Plus is compatible, as it simply seems to be an upgrade to the original in order to measure your sleep.

Although, plenty of sleep tracking apps do work without the use of trackers - could Pokemon Sleep function without a tracking device? It would be a massive oversight if not.

Will Pokemon Sleep Have It's Own "Game"?

It's unclear whether there is much to the app itself as it seems to be promoted as a way for Pokemon GO fanatics to progress in the game even when they're not playing.

Many may not be interested in Pokemon GO, but will want to get some sort of joy out the latest Pokemon-themed app.

Perhaps the in-app rewards will be very straight forward but introducing a way for this to also work with the latest titles such as Sword and Shield or the Diamond and Pearl Remake could be fantastic!

PAGE 2: EVERYTHING ANNOUNCED AT POKEMON DIRECT 2020