Watch Dogs Legion will hopefully arrive in 2020, with it being set in London and the third game in the franchise. Here's everything you need to know about this game.

Watch Dogs Legion will explore the streets of London in the franchise's third game.

Here's everything you need to know about Watch Dogs Legion.

Stormzy Has His Own Mission In Watch Dogs Legion - 10th September

The Ubisoft Forward event revealed Stormzy will have his own mission in Watch Dogs Legion.

The mission will be called 'Fall On My Enemies'.

The trailer didn't provide us with many details about the mission or its objective.

Players can check out the mission in-game October 29th.

We also got this new trailer:

Watch Dogs Legion will be available on the Xbox Series X at launch!

The date has been confirmed for the 10th September 2020.

The game will arrive on current-generation consoles on the 29th October.

Surprisingly, the PS5 has not been announced. It's unlikely that the console will miss out on this game, but rather due to the fact that the console has yet to receive a release date or a full announcement yet. 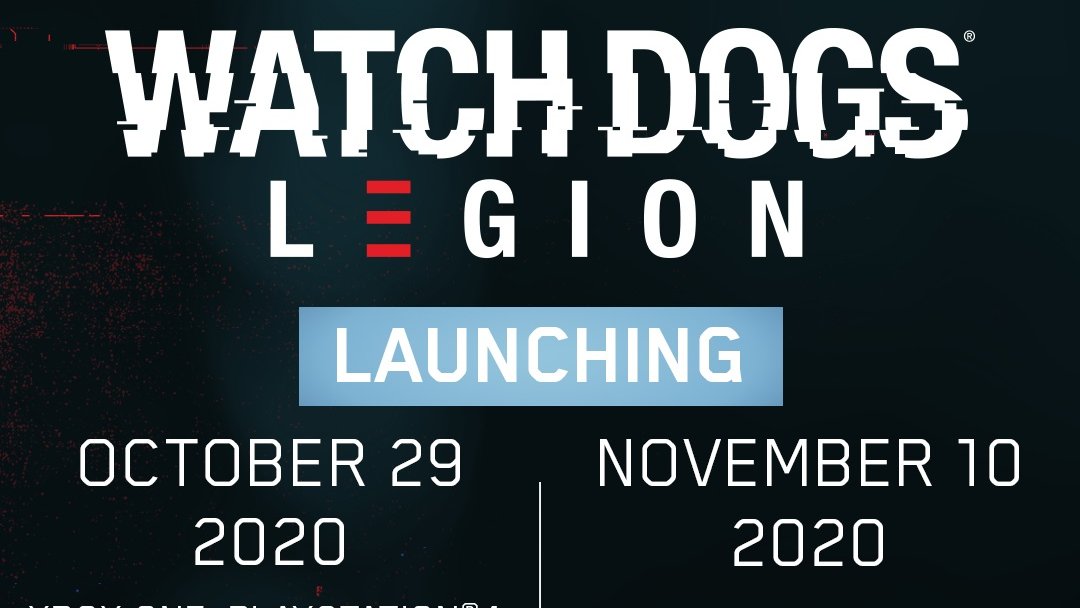 Ubisoft has bizarrely removed the physical discs for the Xbox Collector's Edition of Watch Dogs Legion in the UK.

The £179.99 version of the game will come with a digital copy of the new title - it's not the only franchise to be effected.

Watch Dogs Legion's release was delayed last year and the developers of the game were as shocked as the excited fans.

However, Creative Director Clint Hocking revealed the delay allowed the team to improve a number of features in the game.

The delay gave the development team time to improve on a number of mechanics, primarily the ability to play as anyone.

Although delays are disappointing, a refined and polished experience is better than an unfinished one.

Early access to games has always been an enticing reward for pre-ordering a game.

Ubisoft has decided to remove the incentive from Watch Dogs Legion and potentially all future titles.

It seems the incentive was removed from pre-orders and special editions because it felt unfair that for more money you access the game sooner.

Reactions to the news will be different depending on each fan, but it looks like this could be applied to all other Ubisoft titles.

VG247 revealed the easter egg that allows players to jump from a high point in the map towards the Thames below.

Another easter egg allows the player to play as a descendant of Jacob and Evie Frye from Assasins Creed Syndicate.

This is possible as Watch Dogs Legion allows you to play as any character in the world.

The descant of the Frye twins is called Sandra Cassidy in Legion.

Ubisoft are known for making subtle crossovers between their games so expect more easter eggs to come.

Watch Dogs Legion is now available for digital pre-order and pre-download on Xbox One!

What Is Watch Dogs Legion?

The story puts you in the London branch of the DedSec hacker group, who are battling a regime that has taken control of the United Kingdom, via a state-of-the-art surveillance system called ctOS.

Albion are a company hellbent on making London safe and keeping under control and it's up to you and your recruits to battle against them.

The big selling point to Legion is that every character you meet can be recruited and controlled, as you build up your very own resistance movement.

Each character has their own background and skillset – as well as providing a dynamic influence on the story.

“We chose London as a setting before the Brexit debate was even happening,” Watch Dogs Legion creative director Clint Hocking told PCGamesN, “and certainly before the vote.”

In what may or may not be another prescient design decision, Scotland is independent of the UK in Legion’s timeline.

It’s also worth saying that due to the nature of the game, there’s no ‘main’ protagonist’ as such – which could open up multiple storylines. Not confirmed, but would be very cool.

Watch Dogs Legion will release on the 29th October 2020 on current generation consoles (PS4, Xbox One, PC and Google Stadia).

Xbox Series X will receive the game on November 10th when it launches.

However, Ubisoft CEO Yves Guillemot confirmed it’s been delayed to an unknown time in 2020 or 2021 (during the fiscal year, which doesn't begin until the 1st April 2020).

However, we will likely see Legion appear in this year’s E3, as well as making an appearance on the next-gen PS5, Xbox Series X and PC when it does finally land.

For now, the game is intending to launch for Microsoft Windows, PlayStation 4, PlayStation 5, Xbox One, Xbox Series X and Stadia

The big change here (as mentioned) is that you’re able to control every NPC in the game.

However, if your current DedSec operative dies, they’re gone forever. It’ll take some time to get to that point, though.

Ubisoft introduced us to a number of different characters including:

As reported in PC Gamer, the demo version revealed you can choose to be arrested the first time you’re incapacitated – it’s only if you keep fighting that you’ll get to the point of no return.

Once you recruit someone, you assign which class they are. Enforcers are, as the name suggests, combat-focused, while Infiltrators are more tailored to the stealthy approach encouraged in Watch Dogs 2.

They boast a nifty AR cloak, granting them invisibility for short periods of time.

The Hacker is more hands-off – choosing to disrupt and interfere with enemy tech to achieve their aims.

Just like the last games, there will be lethal and non-lethal options – the latter boasting more options than ever before.

In fact, Ubisoft confirmed half of the weapons are non-lethal.

We don’t know exactly how big the rendition of London, but PCGamesN claim it’ll take roughly half an hour to go from north to south, and west to east.

According to PC Gamer, it’ll consist of eight of London’s central boroughs – so expect to see major landmarks such as the London Eye and Piccadilly Circus (which also made an appearance in this year’s Call of Duty). Thankfully, fast travel will also feature.

Watch Dogs Legion was shown at Ubisoft Forward and excitement for the game is building.

However, some fans are concerned that the game is targeting 30FPS.

At the demo at Ubisoft Foward, the preview build was running at 30FPS.

There was an assumption that the next generation of consoles would be capable of running at 4K 60FPS as standard.

There is a chance that the full launch of the game will run at 60FPS and the lower FPS is a result of the demo being a preview build.

We'll have to wait and see what Ubisoft has to say on the matter. 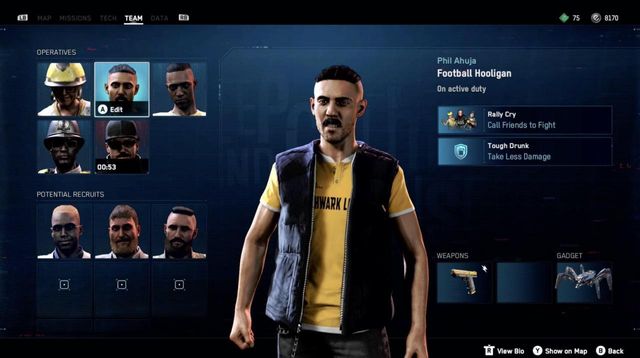 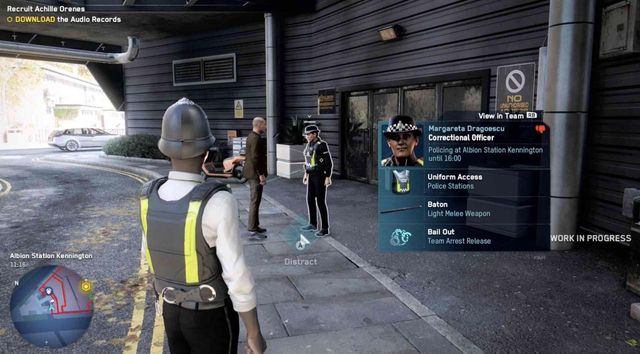 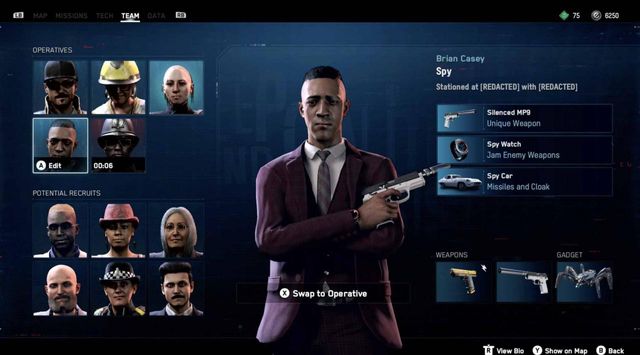 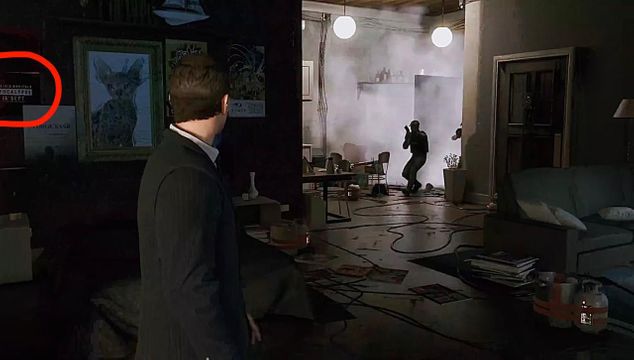 Ubisoft hasn’t revealed many details about multiplayer what we do know is that the experience as the “springboard” into multiplayer.

For example, players will be able to join a team of up to four others, sharing progression between single-player and multi-player.

There are four pre-order options for the game – the standout version coming bundled with a mask and LED crown.

The 3-day early access pass has been removed from all Watch Dog Legion pre-order and special editions.