Human players will experience the game from a first-person perspective, with the Predator playing in third-person; very similar to Evolve. This format rose to prominence in IIIFonic's popular 'Friday the 13th: The Game', who are also developing this game...

Predator has been stalking pop culture since the late 80s and despite being overshadowed by its scary cousin, Alien, it will finally get a proper video game outing since 2010 in Predator: Hunting Grounds.

It's hard to think of a standout game involving the skull collecting extraterrestrial mercenary, could this new game change the game?

Here's everything we know about Predator: Hunting Grounds.

IllFonic is hosting a free trial weekend for Predator: Hunting Grounds for PlayStation Plus subscribers and PC players with crossplay support!

You'll be able to access the trial on PS4 and PC from Friday, March 27 through Sunday the 29th.

The free weekend goes live at the following times:

Originally announced for the PS4, the game will also arrive on PC.

What Is Predator: Hunting Grounds?

Predator: Hunting Grounds is an asymmetrical multiplayer shooter. For the uninformed, this is essentially a 1 against 4 elimination game. The Predator will be pitted against "elite fireteam", made up of humans with weapons.

Human players will experience the game from a first-person perspective, with the Predator playing in third-person; very similar to Evolve. This format rose to prominence in IIIFonic's popular 'Friday the 13th: The Game', who are also developing this game.

If you haven't watched the Predator films before, you may be wondering who the hell that is? Predator is a fictional extraterrestrial depicted as a sapient and sentient humanoid creature, who possess advanced technology, such as active camouflage, directed-energy weapons, and interstellar travel.

The species are typically known to hunt to collect trophies for sport, made up of their prey's carcass; usually focusing on life forms that pose a threat to them. Its sister series 'Alien' is more widely recognised and has produced far more films and video games. In 2004, the film Alien vs Predator launched, which was the first crossover of the two franchises; showing that Predators kill Aliens as a rite of passage.

Just like the movies, the game does not shy away from gore.

The Predator has a few weapons already confirmed for the game:

On the fireteam side, it isn't clear what the weapons are. But based on the trailer, this is our guess as to what they are:

Predator has different classes that will impact its playstyle and abilities. Here are the classes you can use:

Armor is also customisable and class-specific - it will no doubt feature a big part of the rewards system and future DLC.

There's a trial weekend starting on March 27 that will offer one map, multiple player classes, and access to the Hunter Predator.

It's free to jump into on both PS4 and PC.

Here are the available editions and pre-order bonuses. 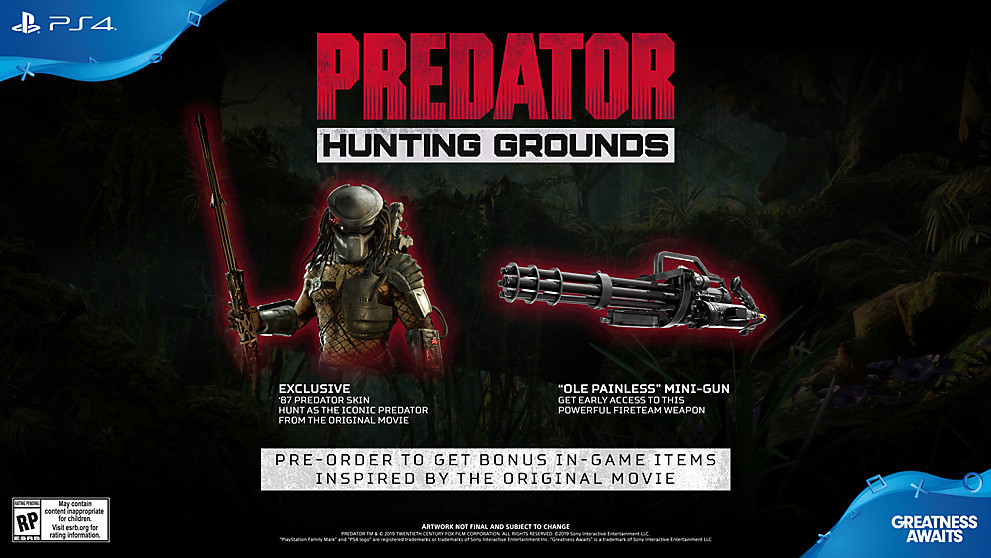 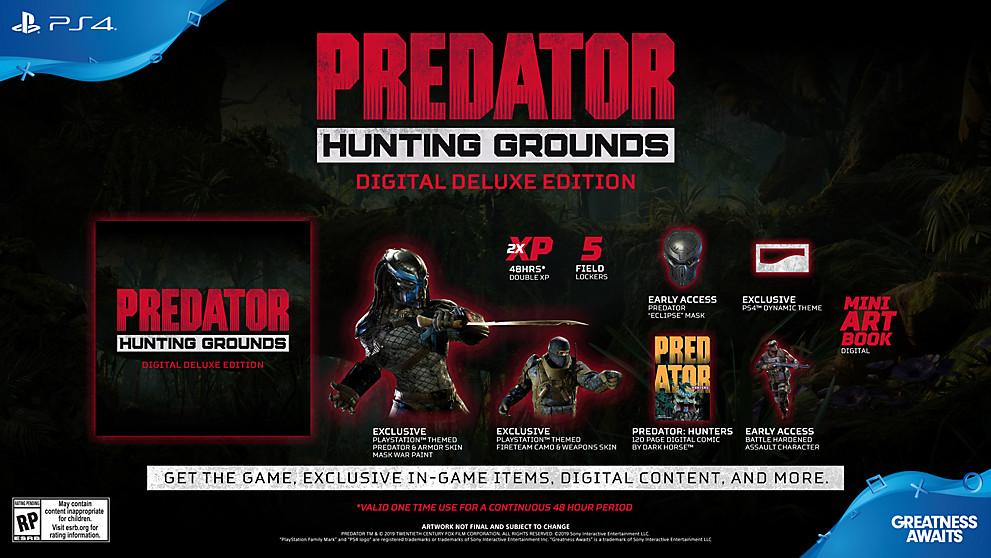