The next instalment of the legendary Crash franchise is coming soon with the release of Crash Bandicoot 4: It's About Time!

Crash Bandicoot fans are some of the most patient in gaming, as it has been 12 years since a new Crash game.

The wait is looking like it may have been worth as it has been revealed there is going to be over 100 levels.

On top that, this will be a brand new story for Crash, rather than a remastered title which we have been accustomed too as of late.

This lines up the Crash franchise perfectly for the release of the PS5 and Xbox Series X.

Here's what we know about Crash's return so far.

We've got confirmation that the game will launch on the PS4 and Xbox One out of the gate.

While we're still waiting on an announcement for the PS5 and Xbox Series X, it will likely be determined by the release date. The Xbox One version specifically mentioned Xbox Series X - this could be backwards compatible or an upgraded version via Smart Delivery.

We are expecting the game to be enhanced for the next-generation of consoles in any case.

Twitter user @ZhugeEX has noted that there will not be a Nintendo Switch version of the game!

However, hope for a potential PC version of the game has not been lost yet.

Publisher Activision has been reluctant to reveal anything definite but has said it is considering other platforms.

There is speculation that if the title is to receive a PC version, it will be at least a year until it is released.

When players buy the game digitally, they will get access to the Totally Tubular skins. 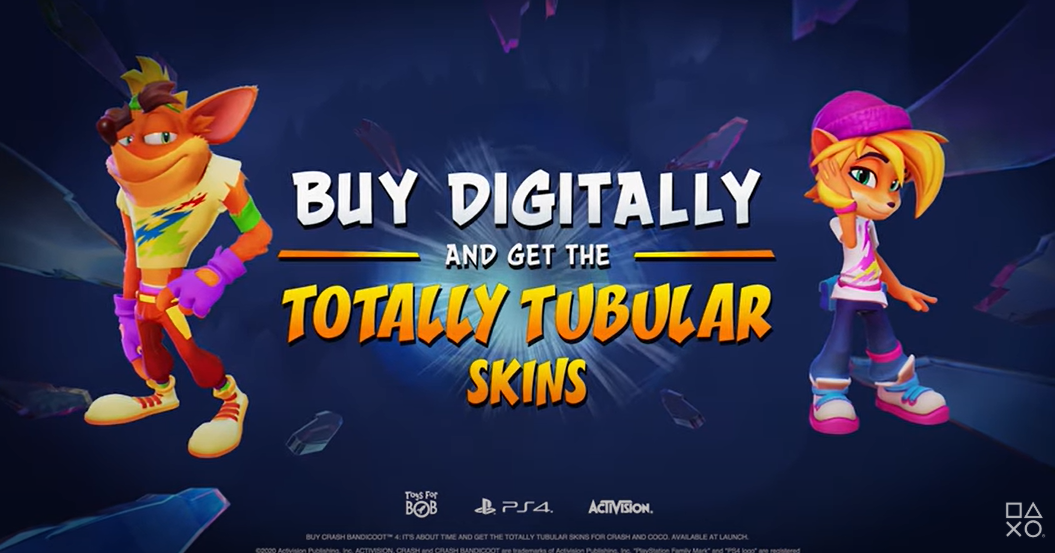 Who Is Crash Bandicoot?

For those that may live a more sheltered life and have no idea who Crash Bandicoot is, Crash is a genetically enhanced bandicoot named.

The platformer video game series first launched in 1996, with the original game ‘Crash Bandicoot’. The games revolve around himself and the games' main antagonist, Doctor Neo Cortex, who created Crash; he wants him dead as he is a failed experiment.

More often than not, Crash must defeat Cortex and foil his plans for world domination. As time has gone on and the series has evolved, there have been instances when they have worked together.

The game is well known for its comedic moments and witty Australian themed characters. 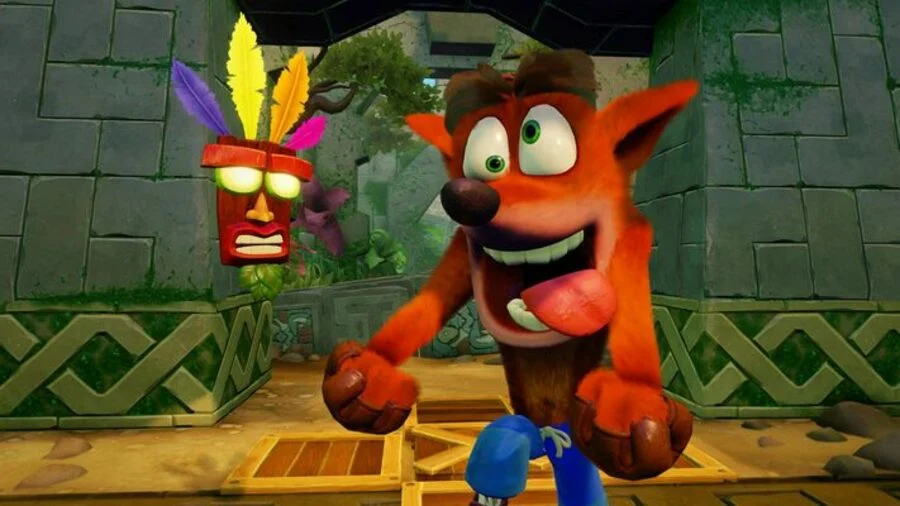 Crash Bandicoot 4: It's About Time Story

After being spotted on the Taiwanese rating board, a brief description about the game was released (translated by Google):

Crash is relaxing and exploring his island in his time, 1998, when he finds a mysterious mask hidden away in a cave, Lani-Loli. The mask is one of the Quantum Masks and apparently knows Aku-Aku, Crash’s mask friend! With the Quantum Masks returning and a Quantum Rift appearing near our heroes, they decide to bravely head through to different times and dimensions to stop whoever is responsible.

There are four masks in total.

With the Time Mask, Crash can slow down time to interact with obstacles much easier.

With the Gravity Mask, Crash can flip the direction of gravity.

A recent video from IGN has revealed a new of returning and new moves for Crash in the latest title.

The video also displays a number of wall-sections and the exciting gravity boots.

On top of that, it looks like we're getting some classic 'run away from the boulder' sections'.

Thanks to a video from IGN, we now know time trials are going to be available in the latest Crash title.

On top of that, it looks like there will be multiple paths to take through a level.

Although this was present at points in the originals, new choices and alternate pathways is always an exciting prospect.

Crash Bandicoot 4: It's About Time will feature 100+ levels of play and play and feature brand new game modes.

The recent remaster, Crash Bandicoot N'Sane Trilogy only had 32 levels including bosses and secrets.

This means they'll be plenty of levels to enjoy in the new Crash title.

Whether Crash Bandicoot: It's About Time will have DLC is yet to been seen.

The recent remasters released multiple examples of post-launch content so we can assume this title will follow the trend.

In the new game, players will be reunited with some familiar faces, some of which we can play.

You will be able to play as Crash or Coco at any time, both of which have the same moveset.

Dr Cortex has a different moveset and will use technology to help him through levels, including using his ray-gun to turn enemies into platforms. 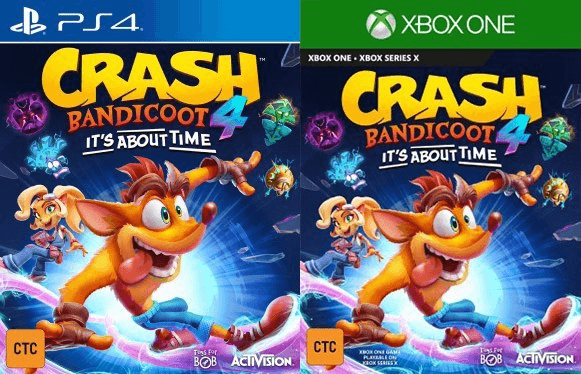 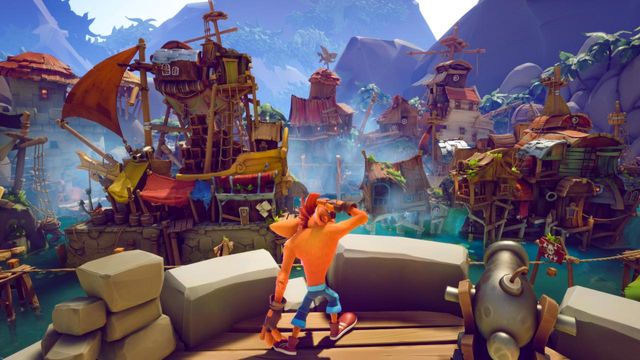 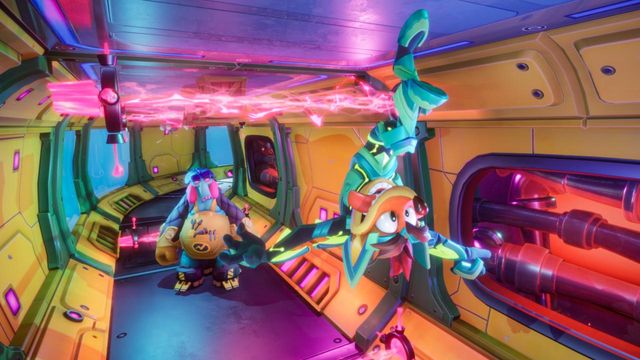 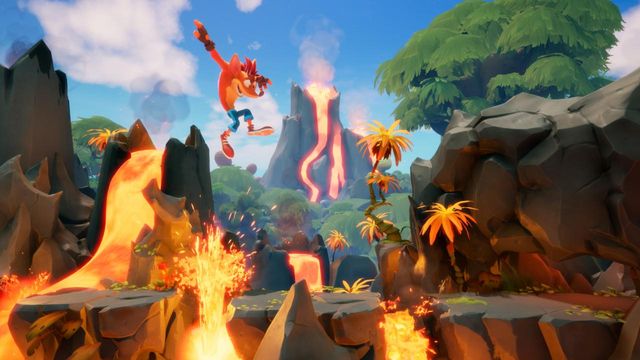 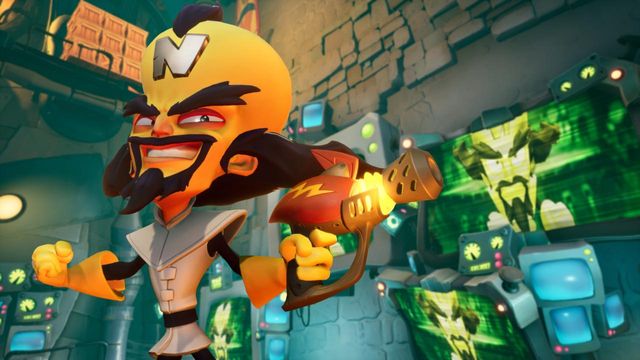 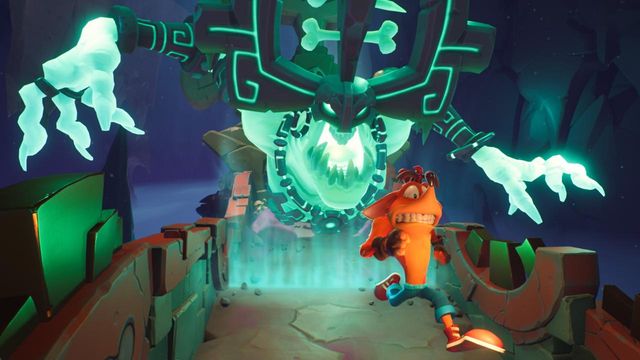 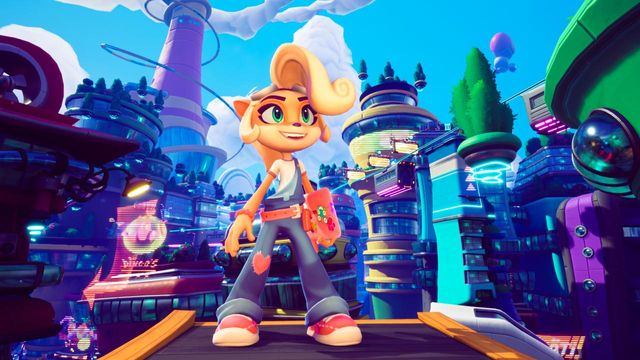