Pokemon Sword And Shield: Best Starter Pokemon & Who You Should Choose

Pokemon Sword and Shield have been out in the wild for some time now and players have had the chance to play with different starter Pokemon. Here's who you should choose for this adventure.

Pokemon Sword and Shield have been out in the wild for some time now and players have had the chance to play through the game a few times with different starter Pokemon.

The Galar region can be tricky if you've never played the game before, there are plenty of tips and tricks to take in and over 400 Pokemon to build your team with.

Many of you may be getting Sword and Shield for Christmas, so who is the best starter Pokemon? Here's our review.

The grass type starter has received the least amount of love out of the three since the game’s launch - rarely does the grass starter get much praise.

With an appearance similar to a monkey, Grookey evolves into Thwackey and finally Rillaboom.

An abundance of new Pokemon in Sword and Shield are also grass-type Pokemon, as well as meeting plenty of grass types within the opening of the game. Personally, I chose to evolve an Eevee into Leafeon with the leaf stone.

It's also worth pointing out that the first gym leader is a grass type, meaning Grookey is at a disadvantage in the early stages of the game; it doesn't exactly get easier from then on either.

Grookey doesn't tend to learn a variety of moves, predominantly normal and grass moves. It can learn a few fighting type moves via TMs such as Low Kick and Drain Punch; so it will again be at a disadvantage against a lot of Pokemon.

Although the second gym leader is also a water type, the third is a fire type. Meaning Grookey will be the most challenging of the three. If you enjoy a challenge and switching up which Pokemon you use, this could be the choice to go with.

Moving on to the water-type starter in Sword and Shield, Sobble was touted to be one of the most luxurious before release.

Water-type Pokemon are always a safe bet as there are few really good water Pokemon available in the wild, there are more options in Sword and Shield but if I were to rank the other options, you won't find a top tier water Pokemon until much later in the game. Water TMs can also be tough to find.

With the first gym leader being a grass-type, Sobble is already at a disadvantage; the second gym leader is also a water type and doesn't learn many good moves until later levels as Inteleon. Looking ahead, it doesn't get an easier type either.

Sobble is a choice to go with if you're not going to do much exploring in the Wild Area or fishing for water Pokemon. Your choices are limited until the later stages of the game. 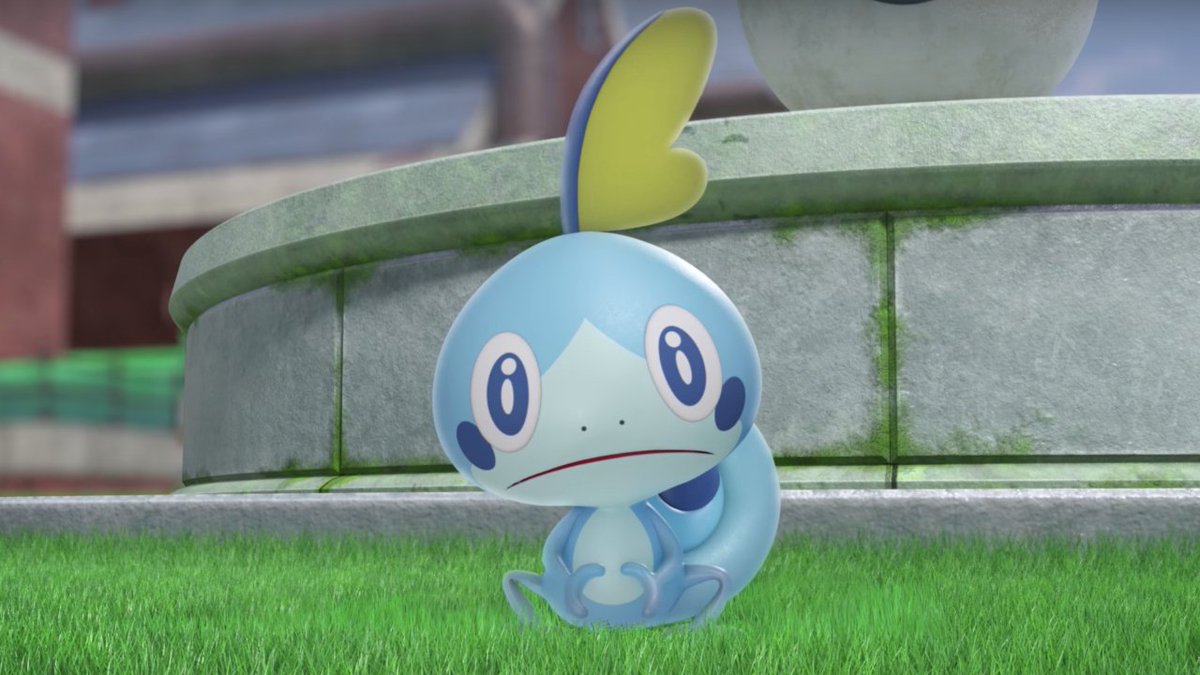 Finally, we move on to the fire-type starter, Scorbunny.

Scorbunny is a fire type Pokemon, later evolving into Raboot and finally Cinderace.

Sword and Shield features plenty of great Fire-type Pokemon such as Vulpix, Torkoal and Growlithe. So if you choose not to go with Scorbunny, you won't be missing a vital member of the team.

Scorbunny in my eyes learns the best moves out of the three, especially early on. It learns Double Kick at level 12 and Flame Charge at 17. Flame Charge is a great move to use that increases its speed, with it already being very fast, Double Kick is also super effective against normal Pokemon; great for dealing with pesky NPCs.

With the first gym featuring a grass-type leader, Scorbunny has a good advantage. The second gym features a water type gym, in which you will likely obtain other Pokemon to deal with it and finally a fire leader in the third gym, by which point you will have levelled up to fight toe to toe with.

Scorbunny ticks a multitude of boxes and will make your life in and out of major battles a breeze.

For me, Scorbunny is the best Pokemon to start with.

It's fast, learns great moves and will make your life very easy early on. It also fairs great against the gym leaders later on in the game.

What you must consider is the alternative options and how early you can get them. It's true that when it comes to alternatives, there are few that can fill the void left by Sobble.