Crash is the first multiplayer map to arrive in Modern Warfare's biggest content drop in Call of Duty history - Season 1.

Crash returns once again after debuting in Call of Duty: Modern Warfare 4, also featuring in the Remastered version, as well as Modern Warfare 2. This version is not simply a remaster, but rather a reimagining.

Somewhere in an Urzikstan town, the Allegiance have shot down an Al-Qatala cargo chopper carrying chemical weapons. Seeing this blast, members of the Coalition were first to the scene and discovered these deadly weapons.

In this guide, we will show you the key areas, hotspots, best hiding places and some trusty Modern Warfare tips & tricks to give you every possible advantage on Crash!

Crash, despite not looking so, is considered a three-lane map. The centre of the map is surrounded by a long alley leading from the Hill to the Garage, as well as a path leading from the Apartment to Generators. 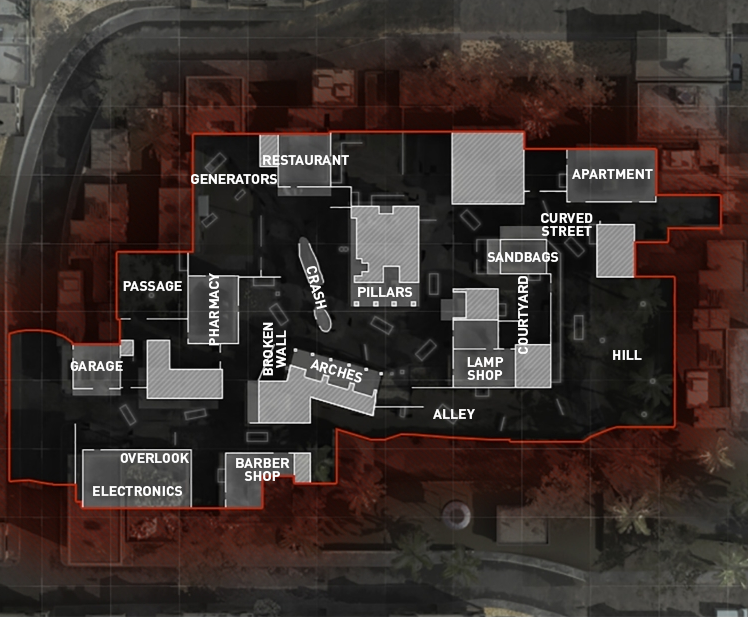 Crash has lots of stray cover lingering throughout the map and features plenty of sightlines for rifles to take full of advantage. Cover piercing Assault Rifles will fair very well on this map, with SMG players having to stick to the compact buildings to survive. 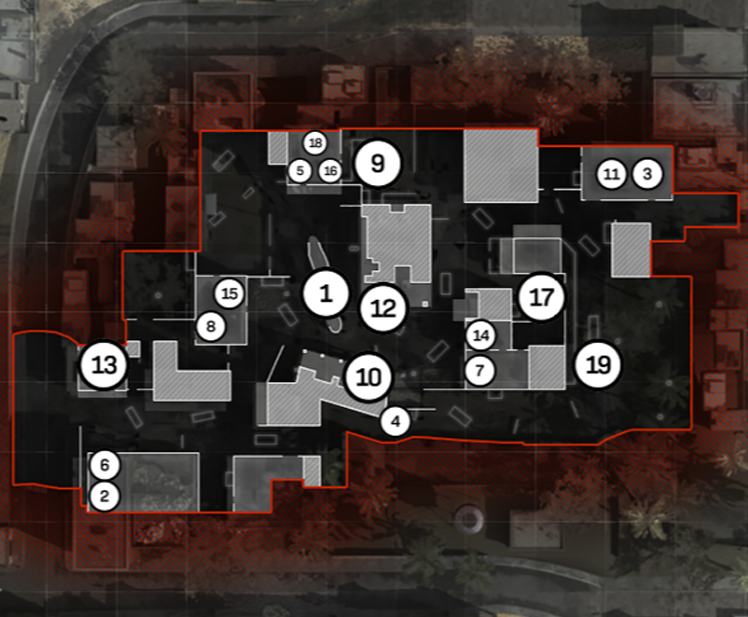 Crash features multiple hardpoint locations, in an incredible chaotic sequence. Your best chance is to control the middle of the map and force the enemy to spawn on the out part of the map, where fewer locations are. 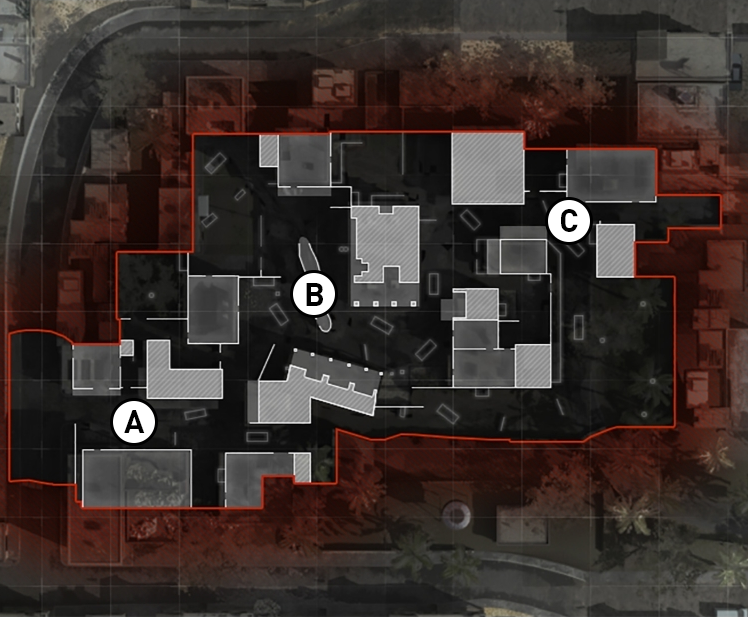 The Domination flags align down the centre of the map, in a game mode like Domination, players will spawn on their home flag. With the C side of the map being the strongest, due to having more exits from spawn, you'll want to capture B and C. It's also the easiest place to access two flags at once, by sitting on top of the Lamp Shop. 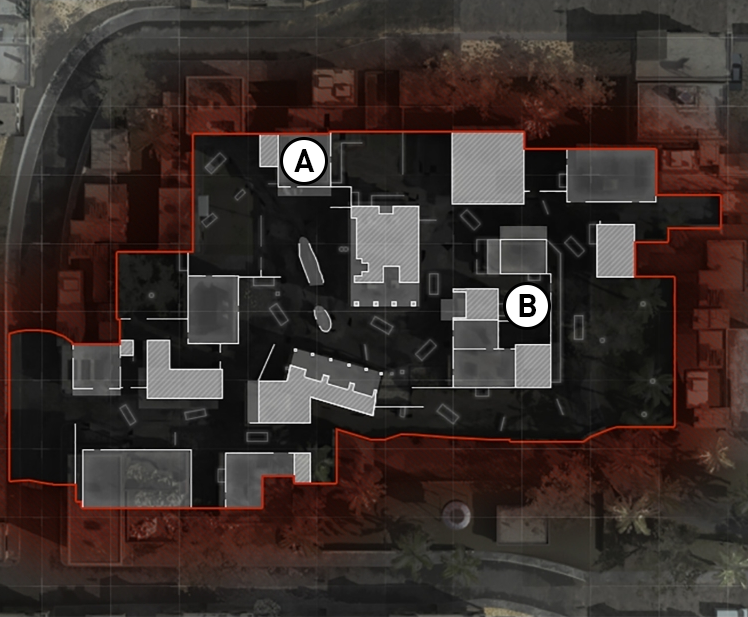 Search and Destroy can be tough for the attacking side, with the B bombsite located in the heart of the defensive team's spawn (its also worth mentioning that this has moved from the original, which was located on the Hill Street). A is the most accessible target, usually featuring a foot race between the two teams to reach the Restaurant building. Both teams can lob a barrage of pre-grenades in order to slow down their opponents. 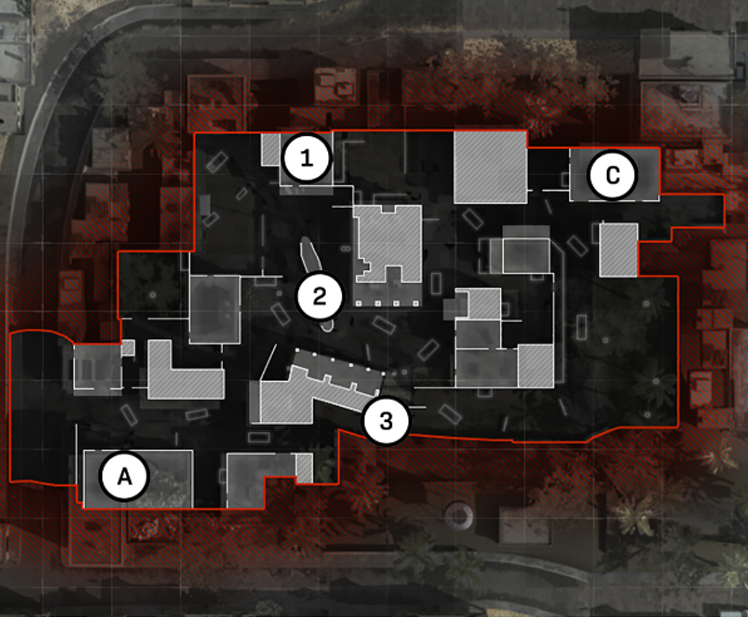 Cyber Attack locations are placed right in both spawns, meaning teams will need to be aggressive and force their opponent to spawn out. Once this has been done, it is very difficult to reclaim the site. 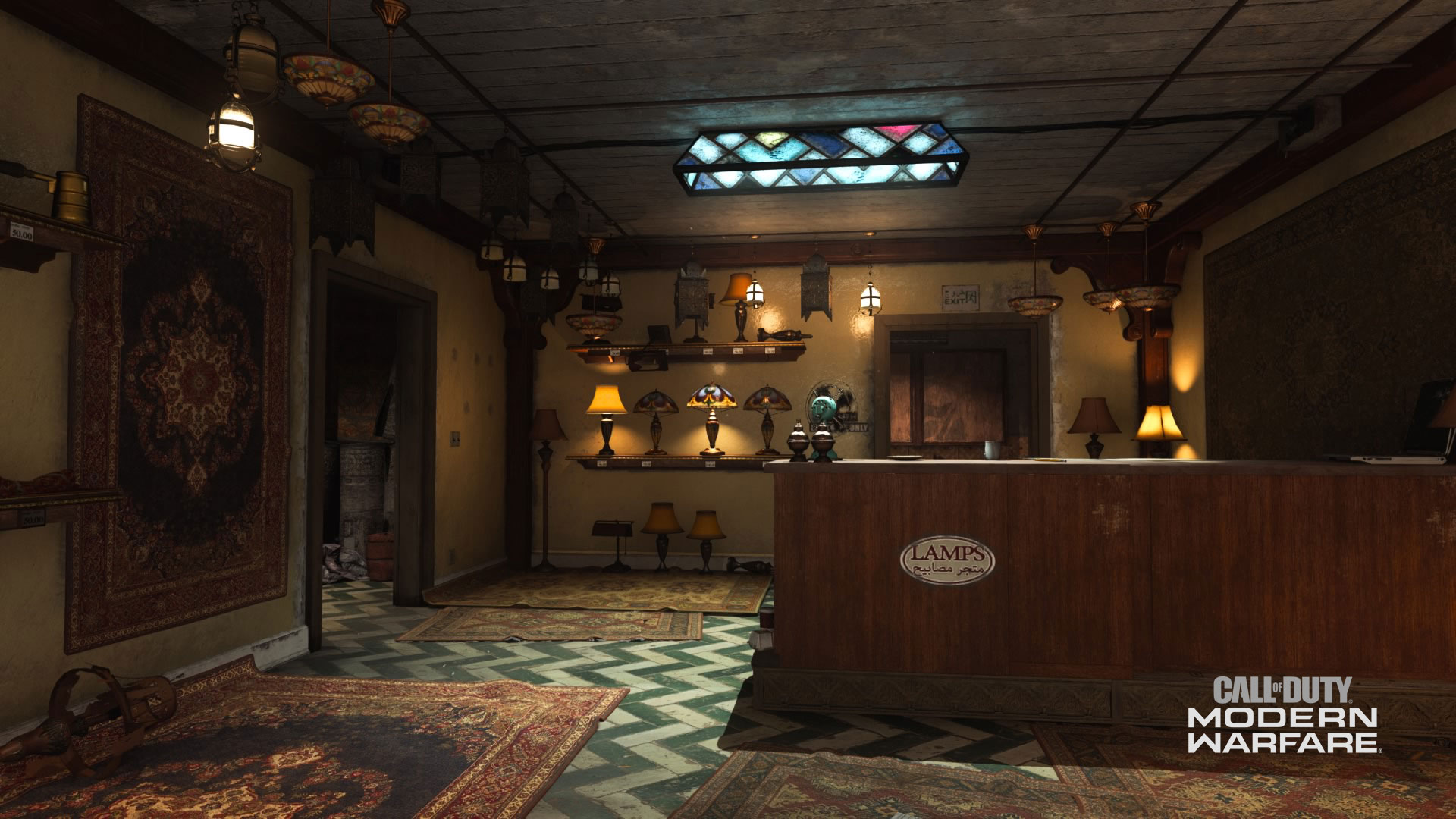 The Lamp Shop is one of three major buildings that you'll want to control on Crash, potentially one of the most important.

Featuring a bottom floor, with a protective cover, to break up the enemy fire and an open roof, to take down enemies, travelling down the long alley.

It's also the perfect location to lock down the B and C site, easily and effectively, as well as creating a great opportunity to pick people off from the opposite building. 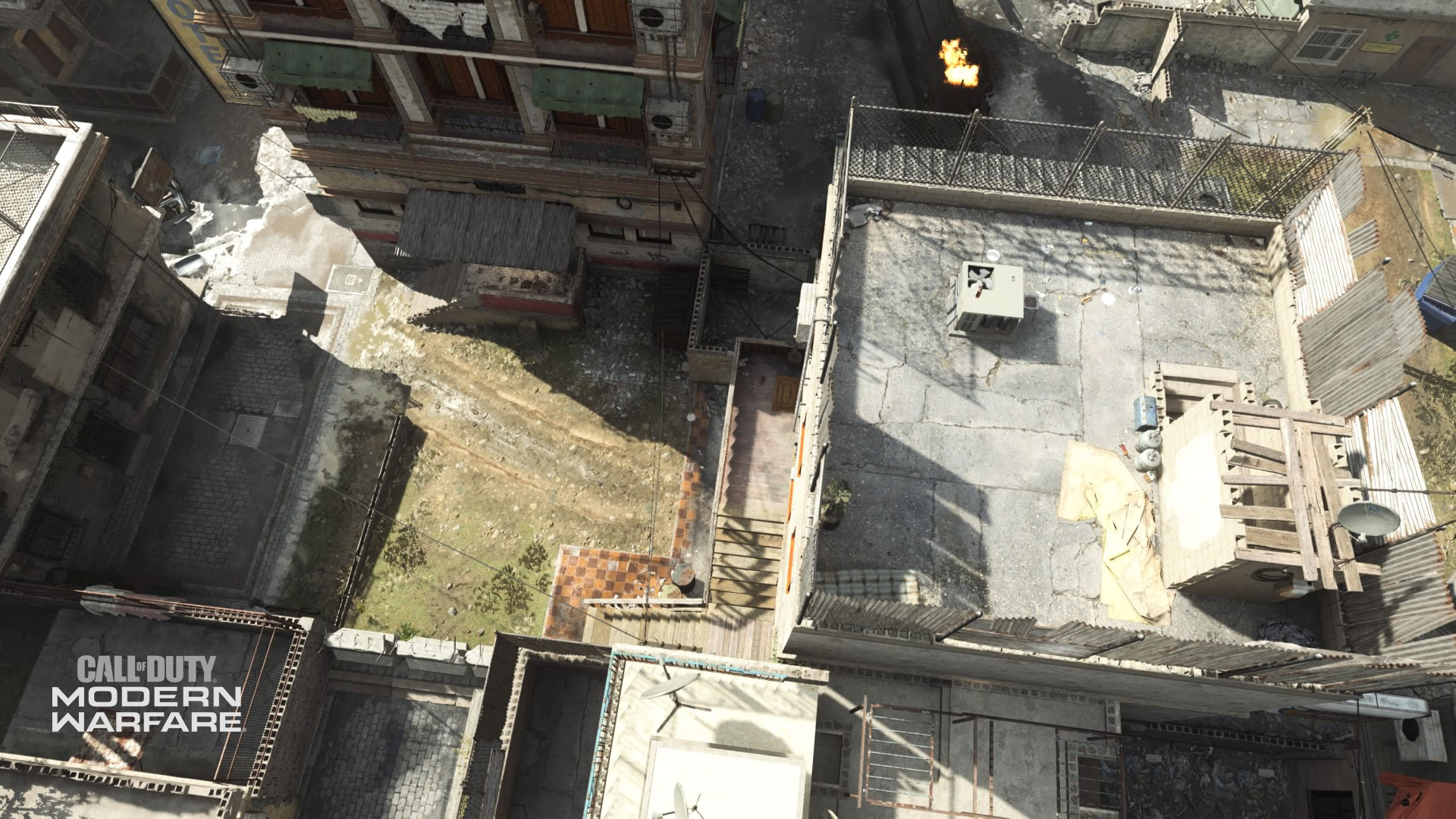 The building overlooks the Crash site as well as the Curved Street; a great place to spawn trap enemies on the C flag.

If you can get to the top of the building, you'll be waiting a long time before you next respawn. 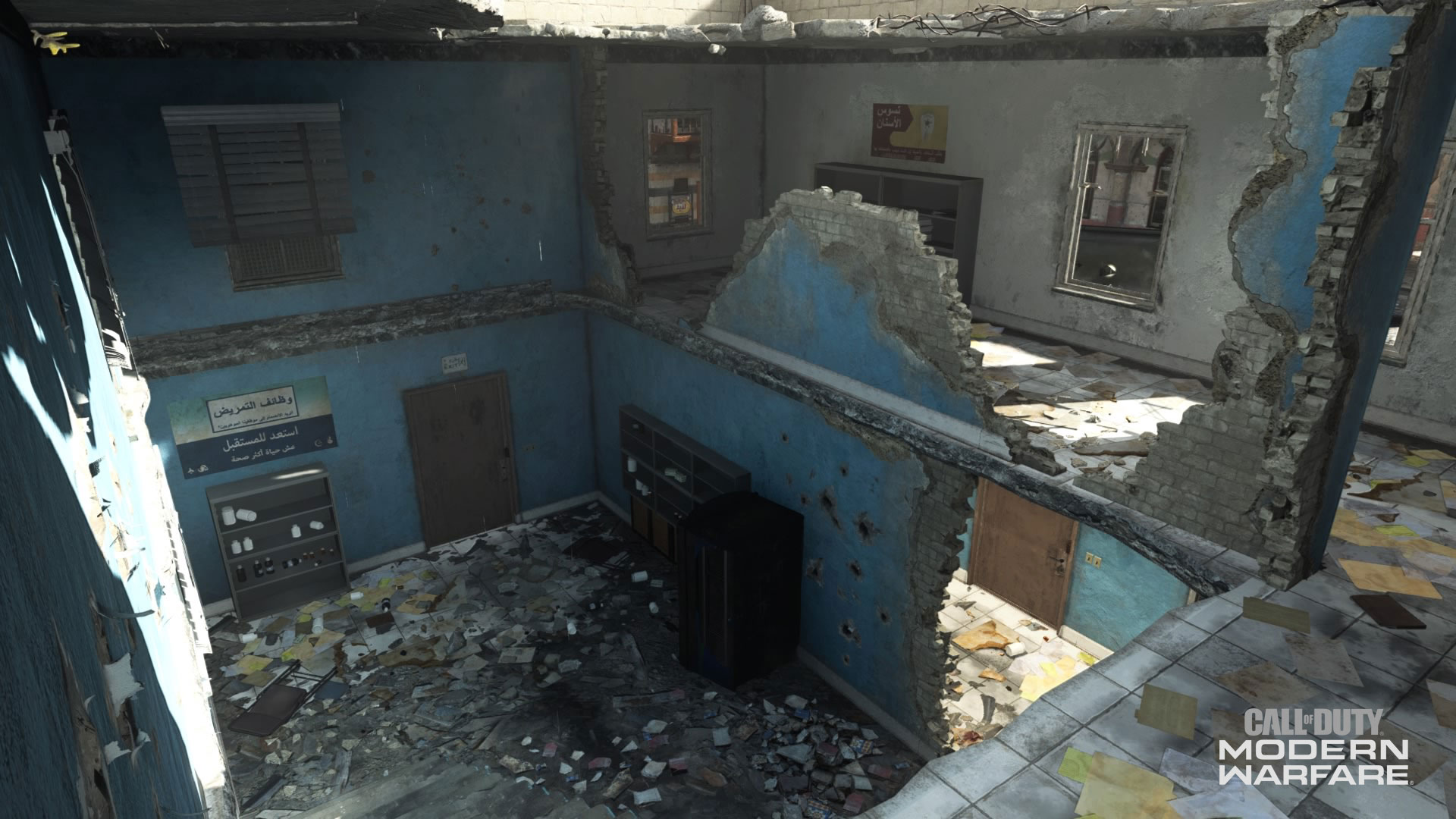 The Pharmacy is one of the three major buildings that you'll want to control on Crash, despite being so small.

The Blue building as it has been known in the past overlooks the B flag and allows for an easy exit to the A flag.

It tends to be a safe haven for those that are spawn trapped on the A flag, allowing them time to pick off a few enemies before moving on.

However, it is vulnerable to 3 entry points and a window that can be climbed into. This building is far more valuable in Modern Warfare, with the addition of the 'Passage' area behind it. 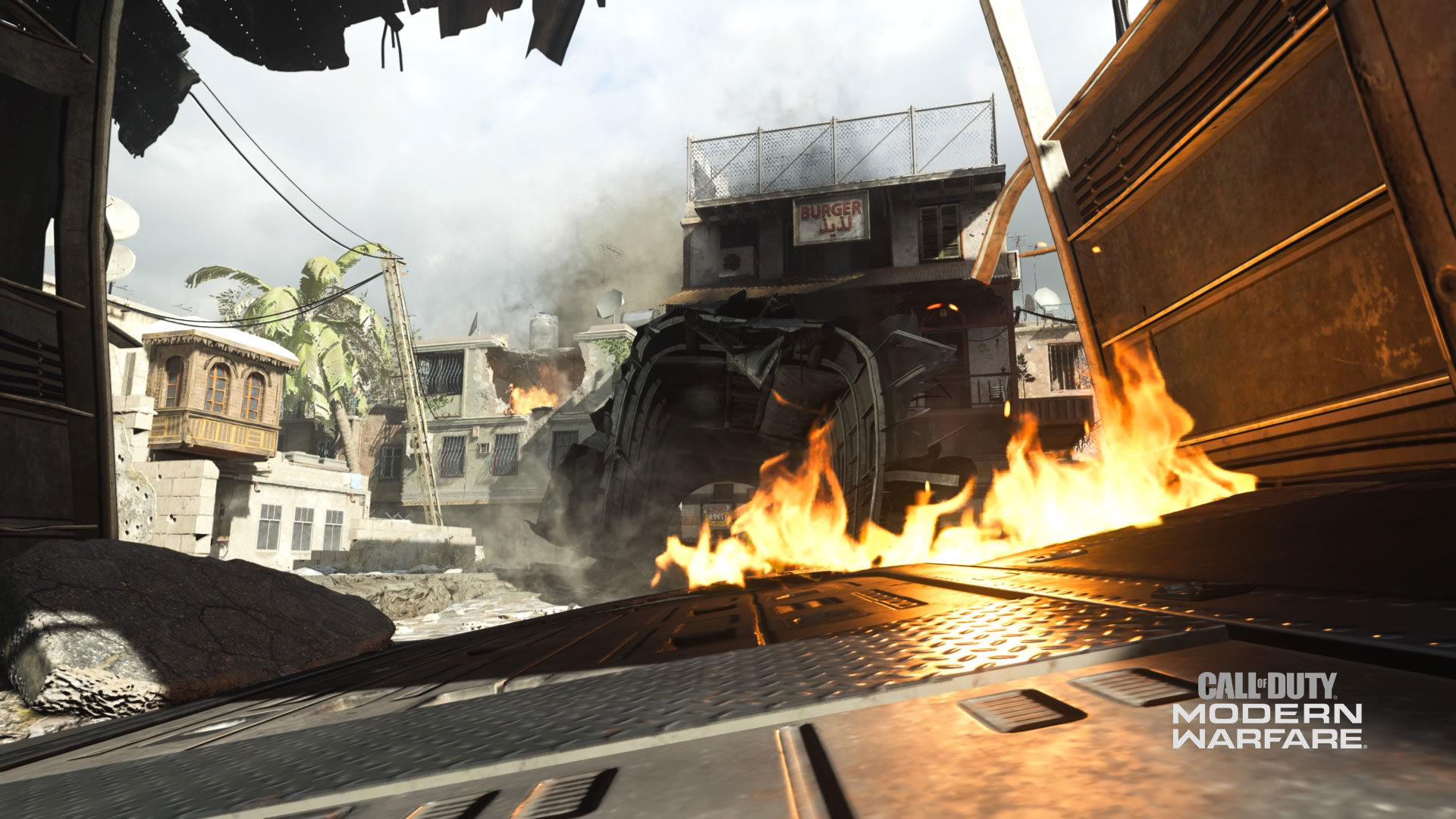 The Crash site provides a great way to make your way through the centre of the map, as it provides ample cover.

By climbing on top of it, you can also catch out unsuspecting enemies by peering into the Pharmacy and over the Restaurant wall.

It's also hotly contested, as it's the site for a number of objectives. 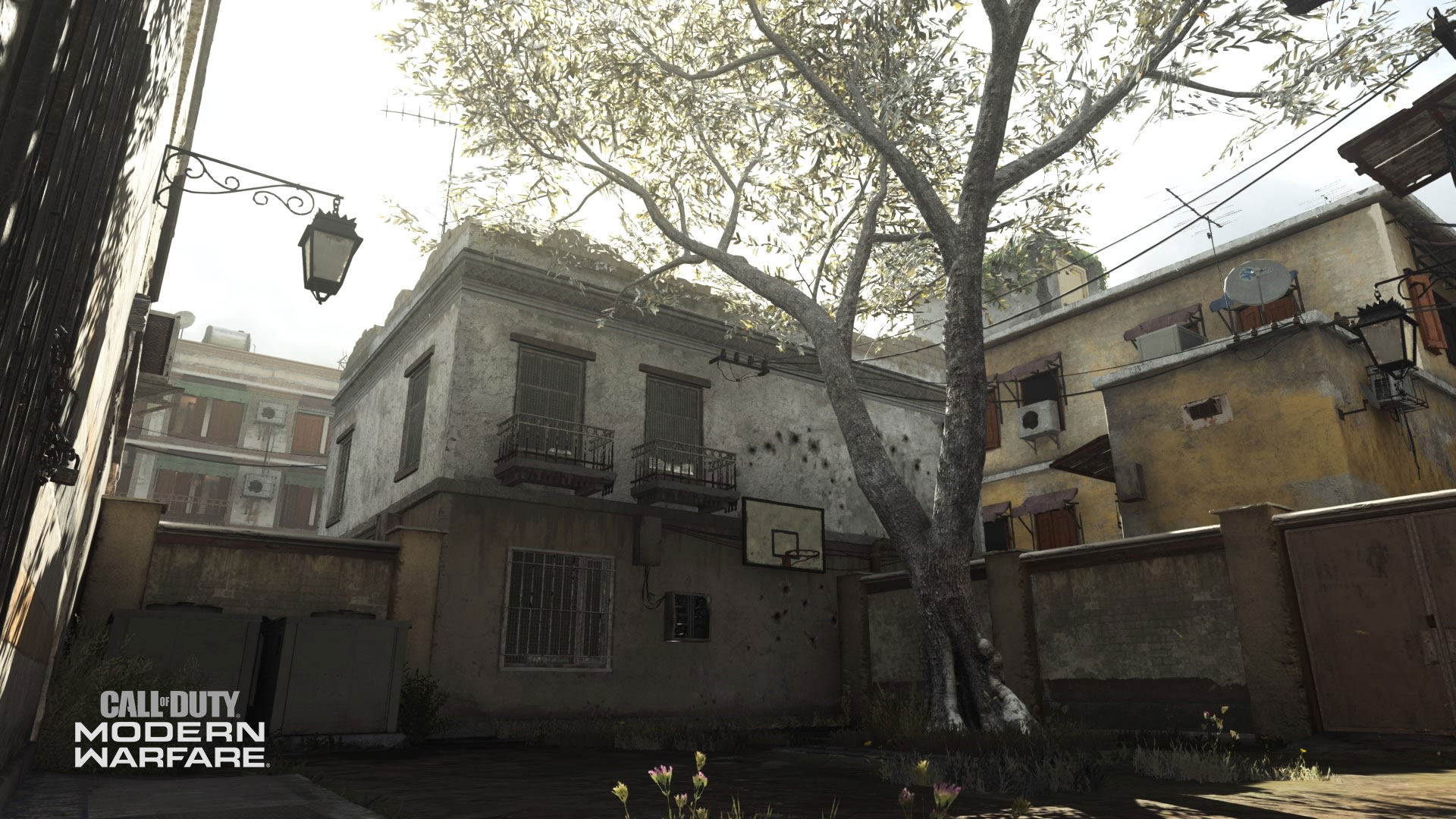 Crash is a map notorious for spawn trapping, if you type in 'Call of Duty 4 Montage' into YouTube, the likelihood is the first clip you watch will feature a Pharmacy spawn trap.

This is the optimal spawn trap, as there are limited ways for the enemy to exit. Thanks to the 'Passage' being added to this re-imagined version of Crash, it creates more opportunities for the enemy to escape. However, it is still a harsh spawn trap if you're caught in it. 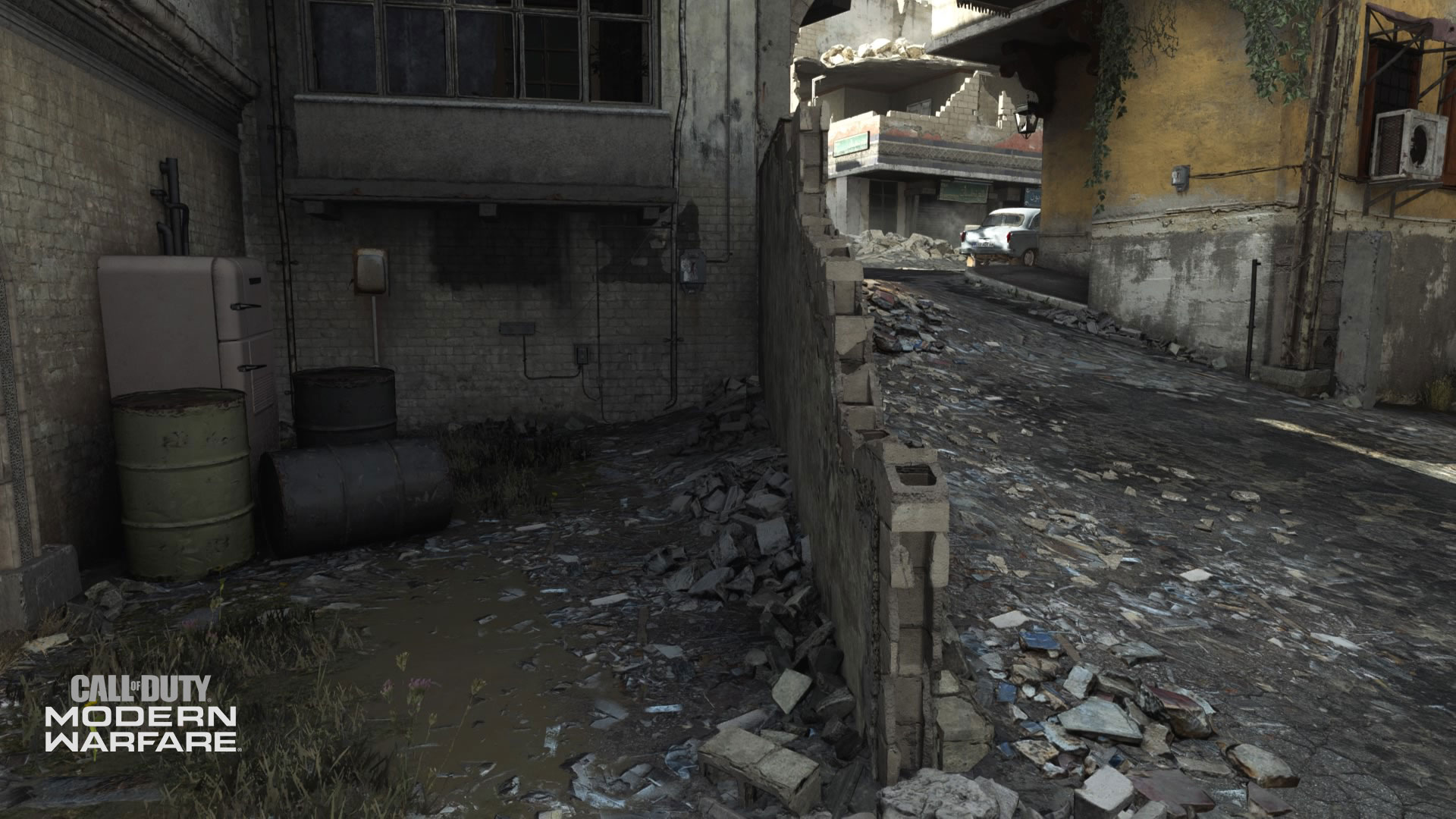 Broken Wall is one of the best spots on the map, despite seeming to be completely exposed.

The Broken Wall gives you the perfect amount of cover when facing towards the Pharmacy and in less than a second, you can transition to the opposite side to destroy opponents coming from the Lamp Shop.

The Fridge and barrels are also a great place to hide when using killstreaks or trying to fight enemies within the centre of the map.

When playing this map, you'll want to play a bit slower and take advantage of the lines of sights, pick a class that will dispatch of enemies at long range and penetrate cover.

In objective game modes, you can get around with a run and gun class due to the number of buildings and cover spots to manoeuvre between.

Here are some of the weapons we recommend using (click the links to see our recommended classes):

Selecting attachments that compliment long-range accuracy and damage will benefit you more.

Picking a perk such as E.O.D. will prevent any nasty surprise explosives from hurting you, with limited places to escape through, you are likely to come into contact with plenty of claymores. Quick Fix also does a great job of healing you when you get a kill, you'll have little time to have your health regenerate if you're playing aggressive, making this perk perfect for a fast and furious playstyle.

You'll want to adapt your classes for the map, using smoke grenades can really help you escape a dreadful spawn trap and make your way through tight corridors. The snapshot grenade could be great for progressing around corners, as well as the Stim Shot allowing you to maintain your aggression (there will not be many chances to recover).

Aerial killstreaks such as the Cluster Strike, Cruise Missile and Precision Airstrike will do well on this map, but it could be worth investing in a Sentry gun, Wheelson or the Juggernaut  - considering how many buildings with roofs there are.