Modern Warfare fans are buzzing to see the return of franchise classics Crash, Vacant and Shipment in Season 1 - BUT should this be the case? Nadeshot explains all in one tweet.

Modern Warfare fans are buzzing to see the return of franchise classics Crash, Vacant and Shipment in Season 1 - BUT should this be the case? Nadeshot explains all in one tweet.

Yesterday, we saw the return of one of the most iconic COD 4 maps – Crash. We are still waiting on Vacant and Shipment, as they will arrive later in the season.

With so many excited to dive back into nostalgic territory, not everyone in the community shares these views.

Owner of 100 Thieves and Ex-Pro Nadeshot voiced his opinion on Twitter, with many well-known faces of the community each having their own say: 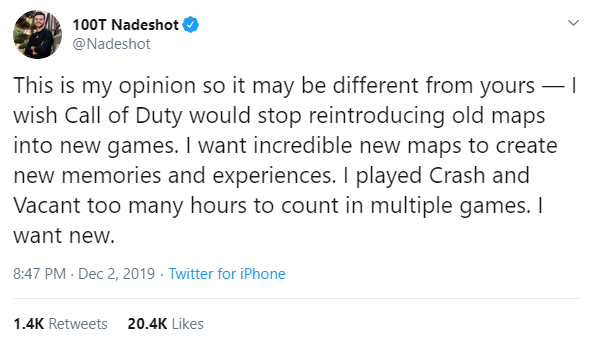 He’s not wrong – many CoD fans would have spent numerous hours playing these three maps in the past.

Shipment was also a COD4 launch map, which has since featured in Modern Warfare Remastered and was re-imagined in Call of Duty: Ghosts and Call of Duty: WWII.

NRG’s Hitch could not help but jump into the debate, claiming that as CoD developers are not consistent with map drops. 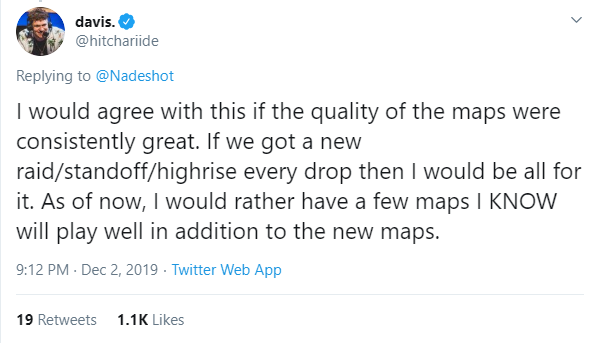 Is it possible for Infinity Ward to take the formula from Old School maps and use it to make new ones? Consistency is key, but who is the judge on what should be used when designing them?

Highrise, Favela, and Crossfire are all examples of near enough symmetrical layouts that turned out to be great maps because they allowed for free-flowing gameplay. Sometimes the simplest of maps will keep players wanting more and large, one-sided maps such as Euphrates Bridge can create for a frustrating experience.

It's clear that Infinity Ward sees that adding in fan-favourite maps will ensure player happiness and ease the burden of development on the creators.

It is unknown whether any of the current maps that Infinity Ward created will go down as classics, but one thing is for sure, they smashed the Gunfight and Ground War maps out of the park.

Along with the launch of Season 1 for Modern Warfare, a new patch has rolled out - Patch 1.10.

With the arrival of new map Crash, a playlist has been created specifically for it called 'Crash 24/7'. New game mode Reinforce has also been added, as well as a few changes to other playlists.

A few adjustments were added to some weapons such as the Riot Shield, .357 Magnum and a few bugs.

There has yet to be any major changes surrounding the CDL, or additions that will impact the CDL with just over a month until launch. 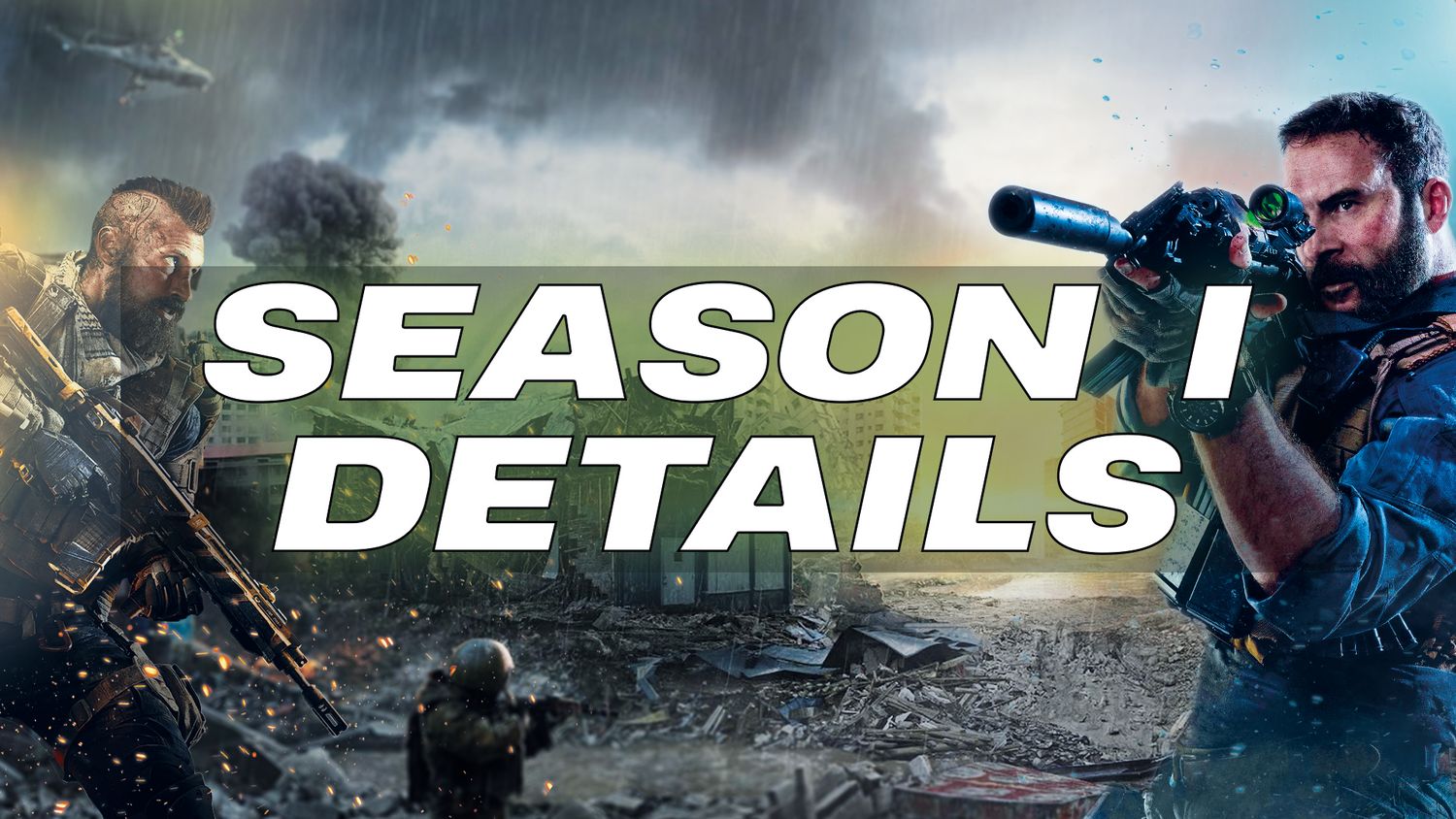 PS Plus November 2020 Predictions: Is It Time For Horizon Zero Dawn And Uncharted Lost Legacy?