James Bond No Time To Die Trailer: The Best James Bond Games Ever Made And Why They Need To Return

James Bond's latest thriller, No Time To Die, is set for an April 2020 release date, as Daniel Craig gears up for his last outing as 007. It's been a while since James Bond made an appearance in the gaming world, here's why he should return and the best Bond games of all time!

James Bond's latest thriller, No Time To Die, is set for an April 2020 release date, as Daniel Craig gears up for his last outing as 007; he's also joined by a star-studded cast including Rami Malek, Ralph Fiennes, Naomie Harris and many more.

In the new movie, James Bond has left active service, when his friend (CIA officer Felix Leiter) enlists his help in the search for a missing scientist.

When it becomes apparent that the scientist was abducted, Bond must confront a danger the likes of which the world has never seen before.

Once upon a time, James Bond games were the pinnacle of first-person shooters. It's been over seven years since we saw 007 in virtual action.

With the announcement of a new movie and after seeing the most recent trailer, it had me thinking about the potential of a new Bond game.

More and more money is being spent on gaming, with each passing year, the film will release at an opportunistic time with little competition if they launched a video game alongside it.

With a possible revival of the franchise on the cards, here are the top 5 Bond games in history. The game originally released back in 2008, the first Bond game published by Activision, after acquiring the license in 2006.

No game was released for Casino Royale,'Quantum of Solace' filled the gap by using the campaign as an opportunity to tell the story (up to that point) via flashbacks.

A big reason why I enjoyed it, was that it was developed by Treyarch and made on the Call of Duty 4: Modern Warfare engine. Call of Duty meets James Bond - what’s not to love about that?

I’m sure plenty who have played this year's Modern Warfare would salivate at the prospect now.

It shipped with a fantastic campaign coupled with a multiplayer, that although lacked weapon balance and polish, was actually a very fun experience; especially as it was the first Bond game with online multiplayer.

What made this game so interesting was that it was a first-person shooter, with third-person cover mechanics.

Where it fell short, was the fact that the shotguns were so incredibly strong in comparison to other weapons; so it made blind firing over cover as accurate as aiming down sights.

It’s also worth pointing out that Bond titles have also been notorious for being poor, in the past, at using the character’s voice and likeness; having a chance to relive the Casino Royale and Quantum of Solace movies as Daniel Craig, was a great feeling as a massive Bond fan.

It was a game with incredible potential, that if released today, would have been given the love it deserves to take it from a good game to a great game.

The 2010 third-person shooter, published again by Activision, was the first Bond game to feature a unique storyline since 2003’s 'Everything or Nothing'.

Blood Stone was the last game created by Bizarre Creations before shutting down and, for me, was a graceful swan song to bow out on; despite mixed reviews.

After stopping a terrorist from destroying a fundraiser, Bond is given a new assignment. A scientist, who specializes in biological engineering, goes missing - presumed dead as his boat was found capsized in the ocean.

It’s up to Bond to track him down as he travels across the world to prevent biological weapon attacks but ends on a never-to-be-resolved cliffhanger.

It was rumoured that a second game would be made, but never came to be (likely due to Bizarre Creations shutting down and Activision losing the license in 2013).

The multiplayer reminded me a lot of the Uncharted series, with smooth and free-flowing gameplay. A core mechanic of the game revolved around focus aims, an automatic lock-on instant-kill system, to help with sticky situations.

To achieve one you needed to execute a melee kill, which sounds tough, but was very overpowered due to its massive hitbox and ability to kill in one hit.

For me, this was another Bond game that fell victim to poor marketing and releasing at the wrong time of the year. If it wasn’t for the fact that I worked at Blockbuster (what a throwback that is) when it was released, I would have never heard of it, let alone play it. 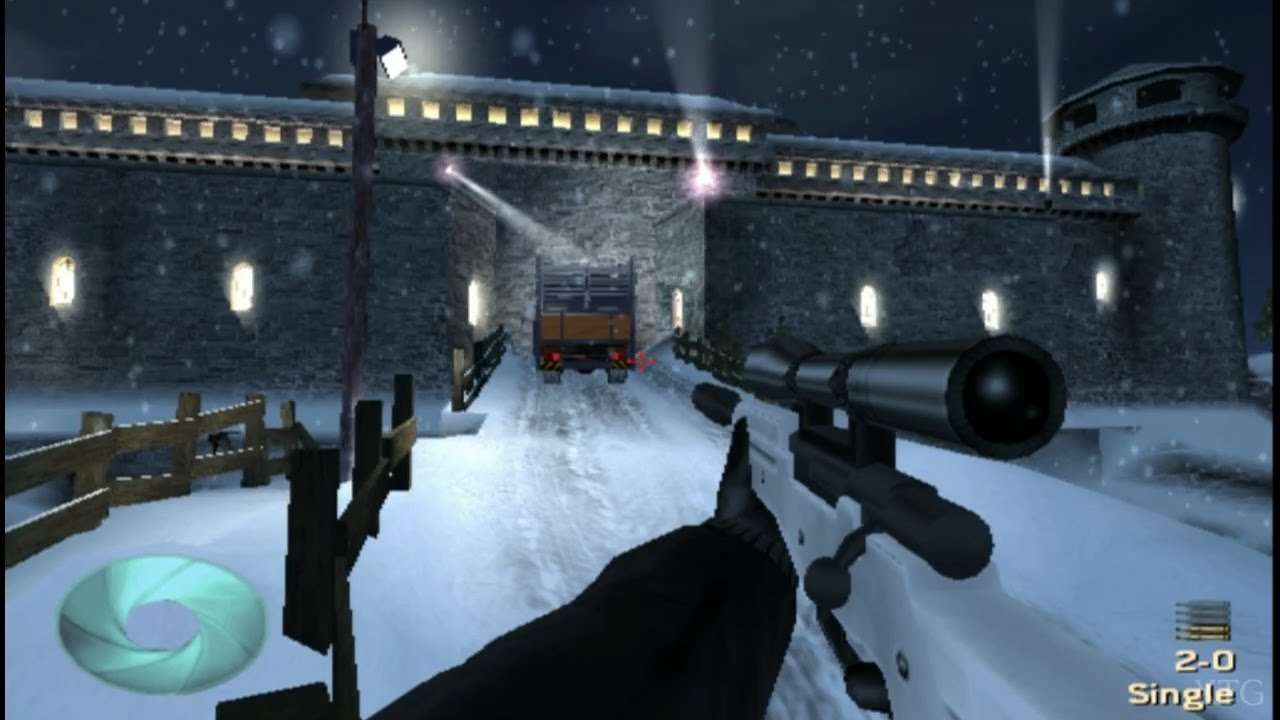 In the golden era of James Bond games, back when you could expect one on a yearly EA cycle, a game that really stood out was '007: Nightfire' - released in 2002.

The unique storyline, which was filled with many different weapons, received great praise despite its short length. The Agent Under Fire sequel featured many returning aspects that made the first game good, but greatly improved on them.

The multiplayer stood out from past games, reliving classic venues such as Fort Knox from 'Goldfinger' and the sub docking pen from 'The Spy Who Loved Me'.

It featured many unlockable characters and the ability to enable AI opponents; because back in those days playing with your friends wasn’t a nightly occurrence!

Where this game fell down was the massively stripped back version that the PC copy received, as well as the Game Boy Advance.

From Russia With Love 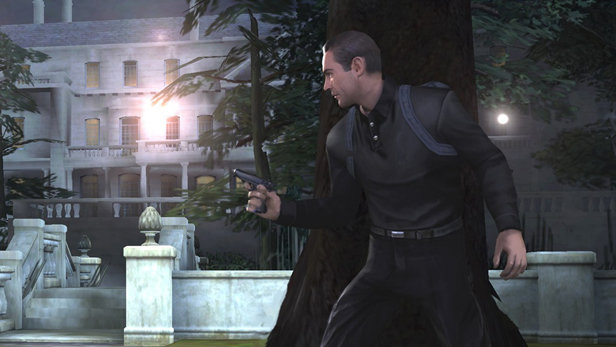 Sean Connery reprises his role for one last ride in 2005’s third-person shooter 'From Russia With Love', using brand new voice acting after twenty-two years away from the role.

It was ultimately the last game published by EA before the rights were handed over to Activision and the end of the yearly cycle.

From Russia With Love revolves around Bond trying retrieve a Russian decoding machine, before the evil organisation S.P.E.C.T.R.E. (renamed O.C.T.O.P.U.S. in-game). As the game progresses, the organisation try to pick off Bond and stop his attempts to thwart them.

The game was a great trip down memory lane for those too young to have seen or remember the movie's plot. All of which was built in a glorious new engine.

What made this game so great was that it felt so authentic, it really captured Sean Connery's likeness to a T. His stocky and jerky actions were perfect for the PS2 era, really highlighting his rough and rigid combat style.

EA weren't afraid to throw a spanner in the works with this one. Yes they followed the movie closely, but also included the weaponised Aston Martin DB5 from Goldfinger and the space age jetpack from Thunderball. This game seemed to be more of a career tribute to Connery's 007 career, rather than a one-off.

The only issue I had with this game was that it felt like you were more of a spectator, rather than a player. You were handheld through large portions of the game and some of the most fundamental mechanics, such as shooting, were very automated.

The multiplayer was a good addition, although limited, which provided many hilarious moments with your friends.

Despite this, the game was a delightful callback and instead of being another game in a sea of forgetful adventures, this one stood out amongst the rest. 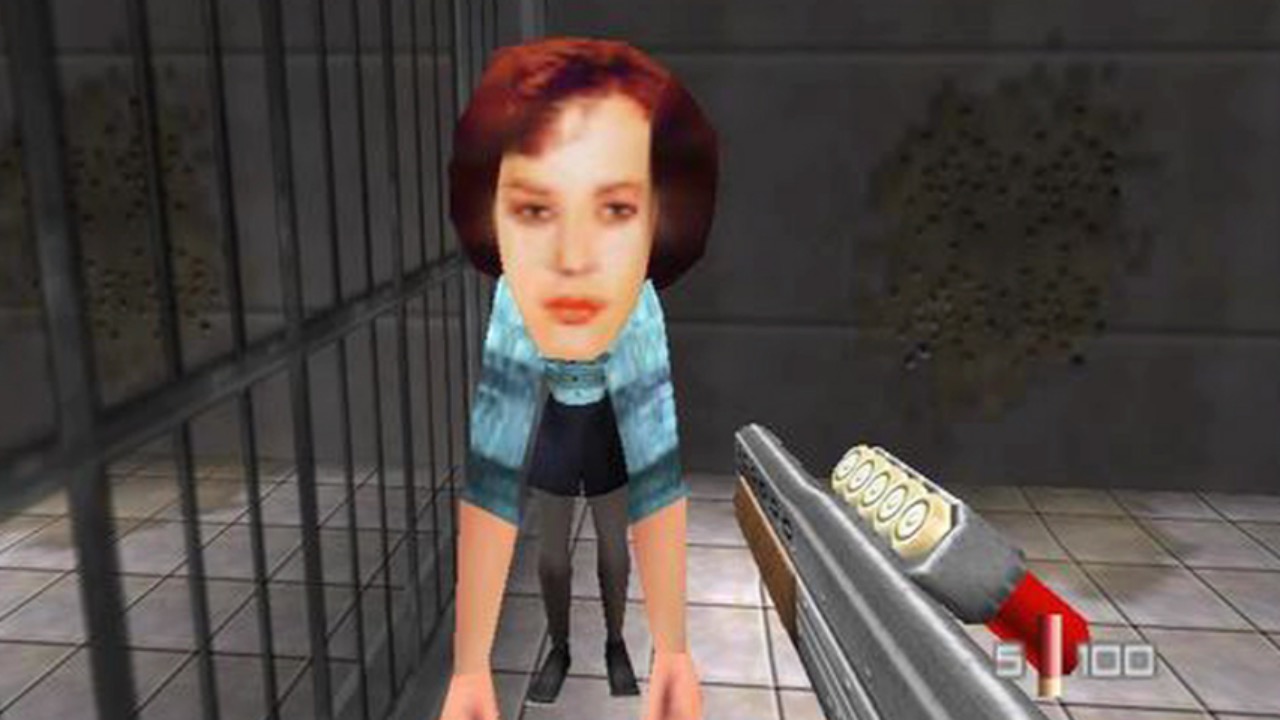 Does this game really need to be explained? Everyone can still hear their friends faint moans about how using Odd-Job is unfair.

The 1997 game will always go down as one of the most iconic first-person shooters in gaming history; there is simply no debating that

This game closely followed the film, but you hardly needed to be a Bond fan to enjoy it. The game is based on James Bond trying to stop the access codes for a devastating space weapon called 'Goldeneye' fall into the wrong hands.

Goldeneye was a mould-breaker from the then doom-like era of first-person shooters; focusing on a realistic style. It also highlighted the viability of FPS games on consoles and shaped the way we play them today.

The campaign tasked Bond with exploring free-roaming 3D levels, while collecting or destroying specified items, rescuing hostages, or meeting with friendly non-player characters and then exiting the stage. Where it differed from other games, were the number of stealth elements incorporated into the game.

The multiplayer was equally as important, as it allowed up to four-player split-screen action. The mode allowed a number of game types and ways to customise each match, creating hundreds of ways to play a game. It also introduced the concept of damage scaling, depending on the part of the body a person was shot.

Along with its variety of weapons across both the campaign and multiplayer, cheats were added to change gameplay such as 'Big Head mode'.

The game was genius and one that will echo throughout time as a true great.

With James Bond games creating so many great memories, a new 007 game has to come soon.