Unlocked at level 28, the Oden Assault Rifle (AR) provides a much slower rate of fire than some of its counterparts, but it does have a ridiculously high damage output - making the time to kill extremely fast in close to medium-range engagements and a great choice for Season 2.

To fully benefit from what the Oden has to offer in Modern Warfare, it is essential to select the right attachment combinations that suit your style of play.

Here are three diverse loadouts with some Modern Warfare tips & tricks to give you the upper hand on the opposition.

Ideal for using the Oden at a low level, this attachment combination is very effective and make it much more manageable to use.

It’s imperative to manage the high levels of recoil and this combination of attachments does that well without compromising the aim down sight (ADS) speed and damage output.

Ideal for increasing your resistance to both lethal and tactical equipment and to stay out of the vision of any enemy UAVs.

It is always personal preference when it comes to choosing grenades but this combination is good for obstructing enemy vision and taking them down with a highly explosive grenade.

Further increase your immunity to enemy equipment by selecting the Trophy System.

The Support Helo is heavily under-utilised on Modern Warfare and is more than capable of dealing serious damage on some of the more open maps in the game.

Class number two decreases the sound of the weapon, allowing you to get much sneakier in a match.

The suppressor certainly decreases the sound without lowering the damage output too much while the holographic sight is a good alternative to the standard ironsight.

High Alert is the crucial perk in this combination. The ability to be alerted of an enemy that has spotted you while you’re scoped in can be the difference between another kill towards a streak or another death on the tally.

As opposed to the flash grenade, the stun is great for slowing more aggressive players down, making them a much more manageable target for you to deal with.

Maximise your stealth by using Dead Silence to either flank the enemy or to navigate the map with little enemy interference.

The counter UAV is perfect for causing disruption on players located in a specific area of the map. The emergency airdrop also gives you the ability to score the higher killstreaks including the deadly.

With 10 extra bullets in the clip, it allows you to stay in the fight much longer rather than evading a fight due to frequent reloading.

Equipped with extra ammo and lethal equipment, this perk combination gives you the ability to go on very long killstreaks and perhaps go on the hunt for a coveted Nuke.

This combination of grenade is perfect to deal plenty of lasting damage with thermite and to blind the enemy with a well-placed flash grenade so they can’t escape the thermite.

Support your team by offering extra ammo and equipment thanks to a munitions box. A well-supplied team when defending an objective makes it very difficult for the enemy to breach.

Acquiring the Advanced UAV is certainly possible when playing as part of a solid team. The emergency airdrop is also a good way to provide some additional firepower to your fellow teammates. 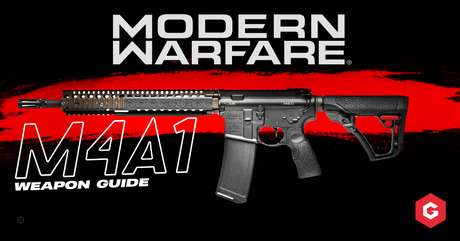