The M4A1 has undoubtedly been the strongest weapon in Modern Warfare since launch and that continues to be the case in Season 4.

Multiplayer and Warzone lobbies are overwhelmingly filled with this weapon and there's a number of ways to use it.

Every player is different and every playstyle is unique, so you can find a few options to help compliment your gameplay.

Here's our guide to the M4A1 as well as the best Modern Warfare tips and tricks for using this powerful assault rifle.

Now Watch: M4A1 Setup And Best Attachments For Your Class in video form!

The M4A1 is unlocked at level six in Modern Warfare’s multiplayer mode - making it a very common choice.

This gun has an unrivalled rate of fire and very low levels of recoil. When you factor in its high damage output, the M4 is near-unbeatable in every possible scenario that you will come across in multiplayer.

When fully equipped with a Stock M16 Grenadier, Granulated Grip Tape and a Commando Foregrip, recoil becomes a minimum at close to medium ranges but at longer ranges, it still requires some trigger discipline to secure the kill.

This is probably the best all-round setup for the M4, combining versatility, power, accuracy and control.

This is a setup that a few pro players are using, including Clayster and Crimsix - it's worth noting that some also use the Operator Foregrip.

E.O.D will increase your resistance to explosives, Ghost will keep you hidden from pesky enemy UAVs while Spotter will allow you to see enemy equipment through walls; so you can isolate and kill enemies.

This is down to personal preference. You can mix with other utilities to suit your style.

Dead Silence will allow you to flank the enemy or escape a crowded area surrounded by opponents.

This killstreak combination is with high-kill matches in mind. The VTOL Jet kills all enemies with ease while White Phosphorus can damage enemies all over the map, making them easy pray for you and your teammates.

Class number one is perfect for pushing an objective and slaying out the enemy.

This combination of attachments will allow you to be aggressive against the SMGs and often outgun them thanks to the minimal recoil and increased movement speed from the barrel. 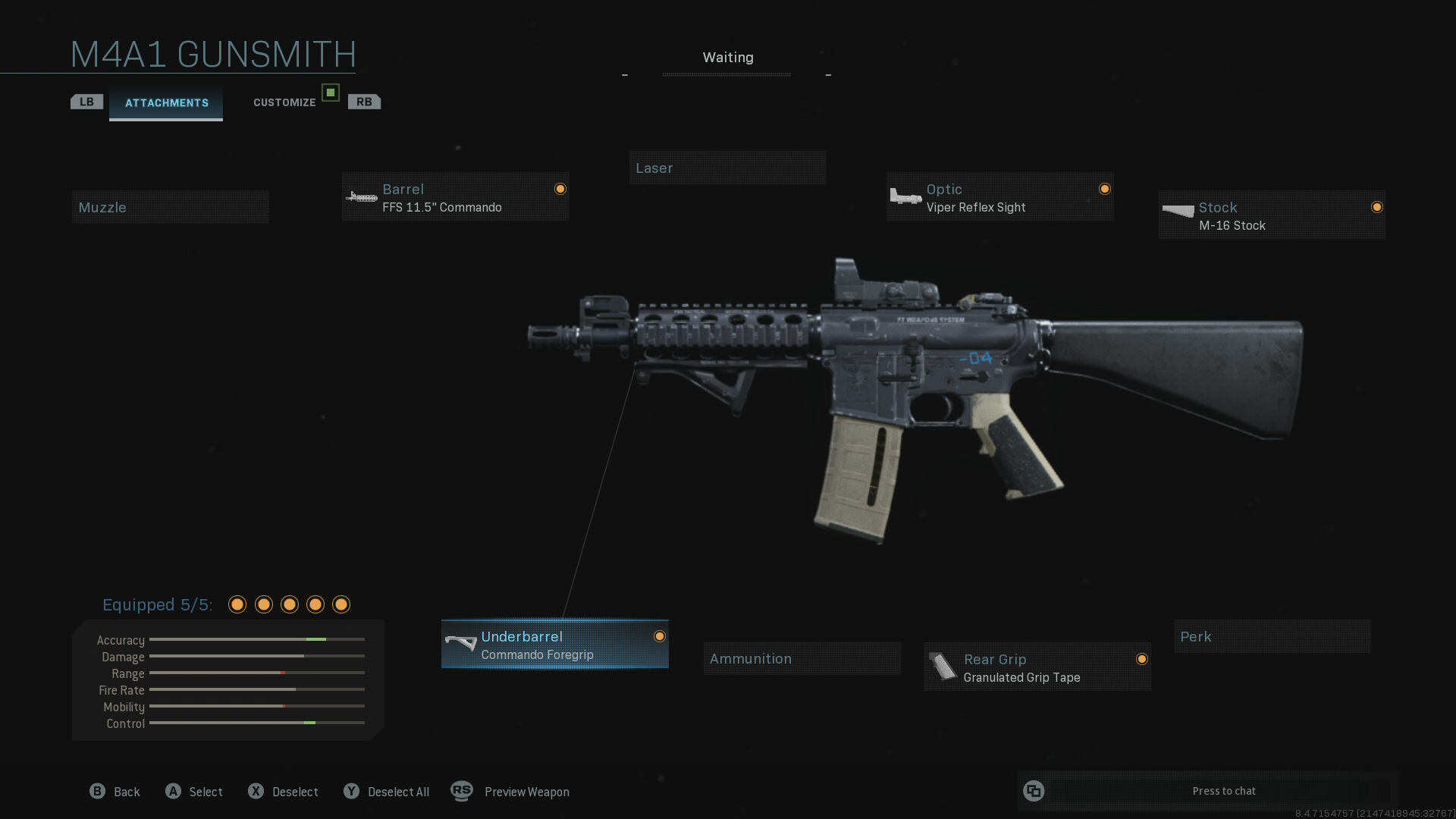 Semtex is ideal for throwing into a crowded area and it could stick to an opponent and a flash is great to pop when about to rush into a building.

Add insult to injury and give your M4 some additional firepower to take down the enemy with ease.

Playing more aggressively will mean that the higher killstreaks are out of reach so aiming for lower, yet powerful, killstreaks is the way to go.

Aggression not your style? It is very easy to be sneaky on Modern Warfare thanks to the numerous buildings located on every map. Follow this class setup to rack up kills while staying hidden.

This loadout conceals any noise when firing and unmatched range which is perfect for the bigger maps. Frangible Wounding slows health regeneration of enemies so the decreased damage from the suppressor won’t be an issue. 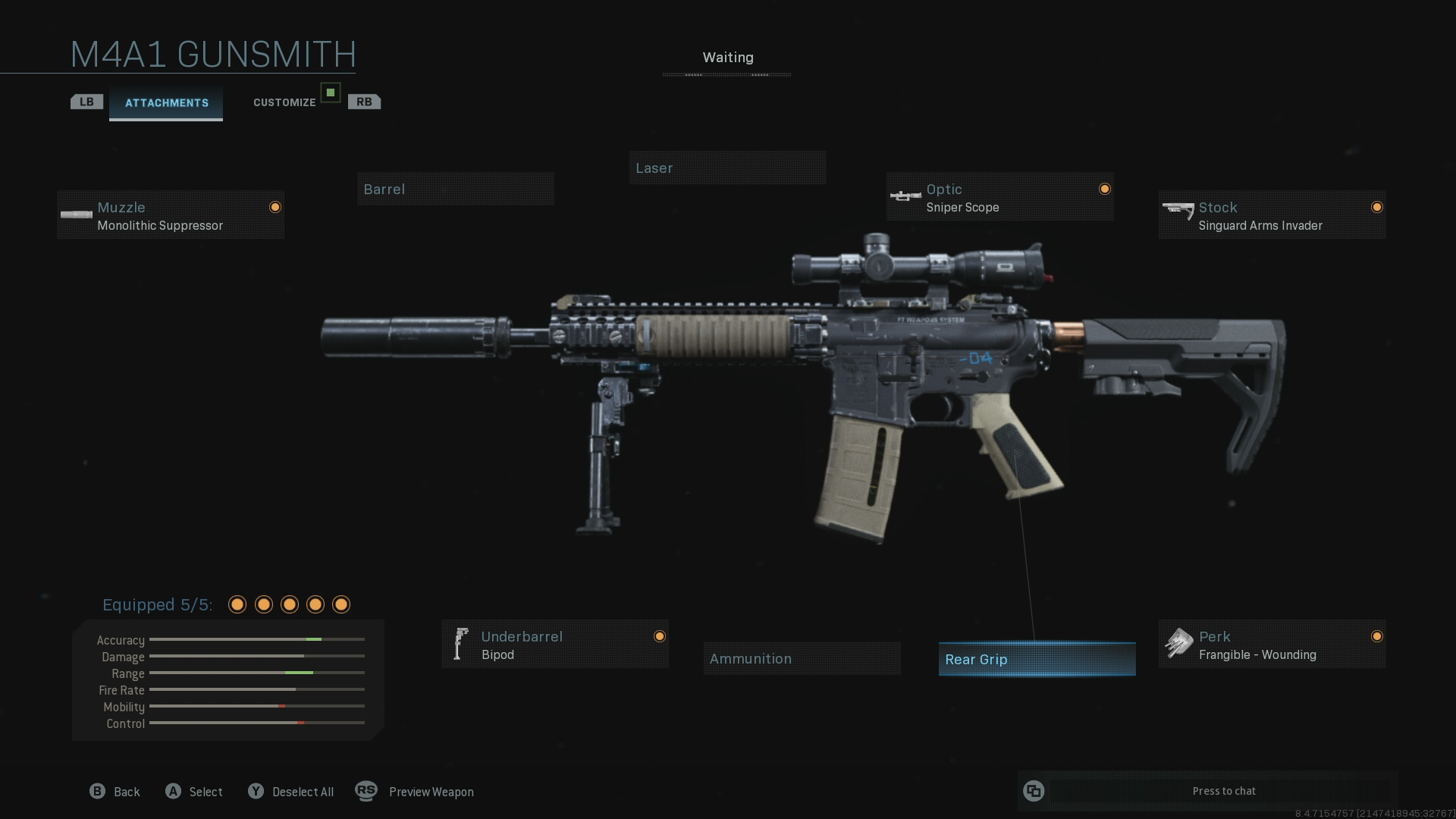 Choose a more compact weapon for any close-quarters action with Overkill, High Alert will help spot enemies that have caught sight of you and Tracker will allow you to see enemy footsteps and maybe perform some finishing moves if you’re quiet enough.

Choice of lethals and tacticals is again down to personal preference but if you are hiding out in a building then a Claymore is definitely the way to go, along with a smoke grenade to escape any sticky situation.

Perfect for blocking any incoming projectiles attempting to take you out.

Being more passive and sneakier will likely yield higher killstreaks so choose ones that you think you can score!