The brand new Gunsmith feature can be completely overwhelming to many when you consider the multitude of attachments and the degree of customisation available; there's so much to try and not enough time to do it.

Our aim is to give you the best Modern Warfare tips and tricks to create the best MP5 setup possible.

The MP5 is unlocked at level 12 in Modern Warfare's multiplayer. Its best attributes are its great accuracy and easy control, making it very effective at mid-range, even with your finger held down firmly on the trigger.

What's great about this weapon is that it doesn't require many attachments to do well early on. Some of the best attachments to use include the Muzzle Break, 10mm Mags, Commando Foregrip, FFS Light Barrel and Stippled Grip Tape.

Although this weapon has a good fire rate, it can underperform when compared to others in the same class.

This first-class works well for those looking to increase the weapon's damage and rush into the enemy often.

These attachments will allow you to keep your mobility and maintain accuracy, it works best at close range meaning you will need to be willing to get close and personal. it's a class that pro player Silly adopts. 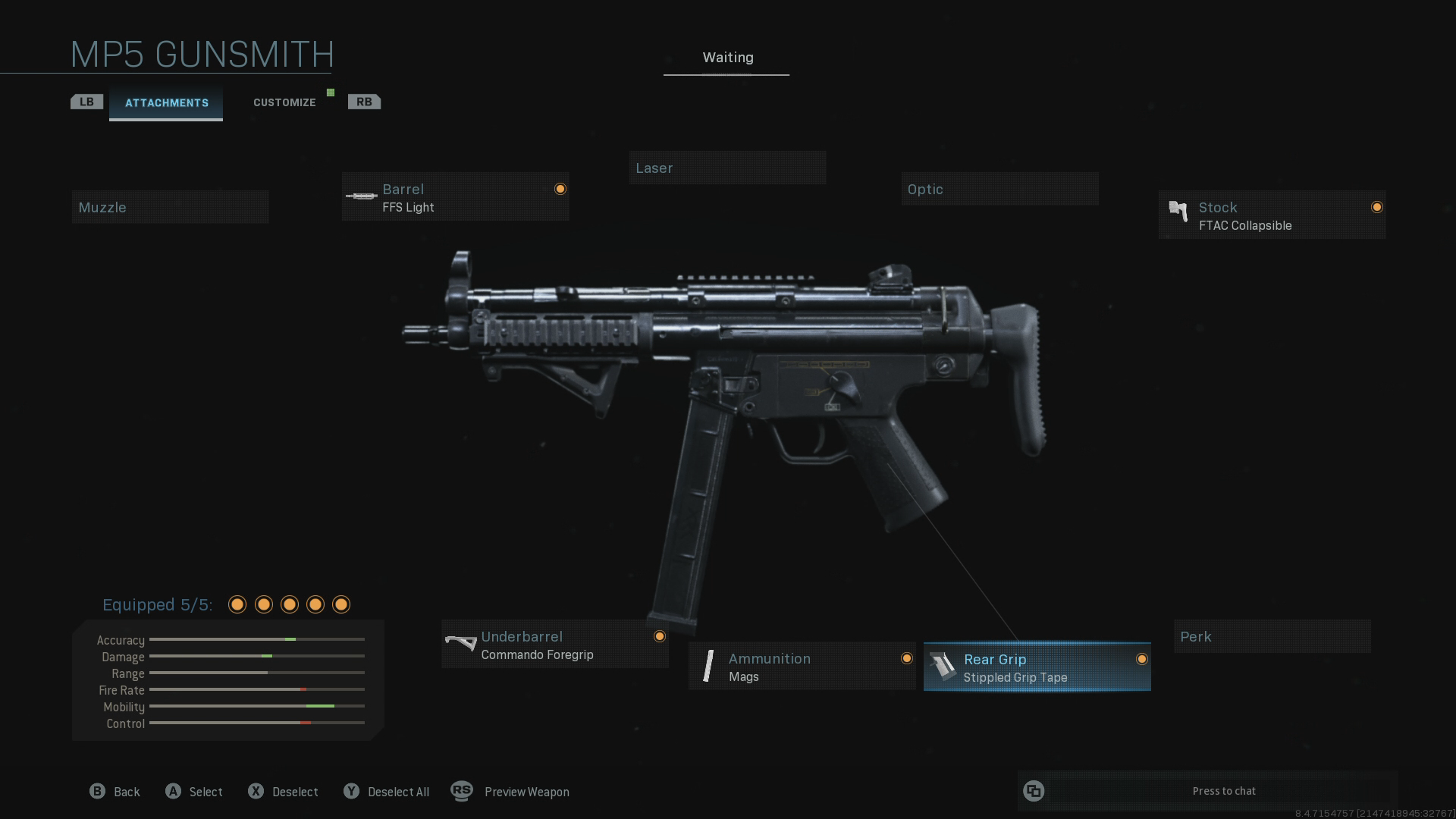 These perks will allow you to get around the map quickly and without being detected, as well as allowing you to track down enemies.

This personal preference, smoke grenades are key to allow you to quickly get across wide open spaces.

Dead Silence will temporarily mute your footsteps so you can get around without being heard.

This setup and playstyle will not realistically earn you high killstreaks, so its best to go with low streaks. They're also streaks that will allow you to manoeuvre around the map in a safer manner.

If you're playing on some of the bigger 10v10 or 32v32, you'll need to have more range and accuracy on your weapon.

This setup exchanges some of your agility in exchange for consistency at range allowing you to essentially full auto fire across the map with accuracy. It's fair to say this is not the most practical use of an SMG, but is a solid way to build your gun in the earlier stages. 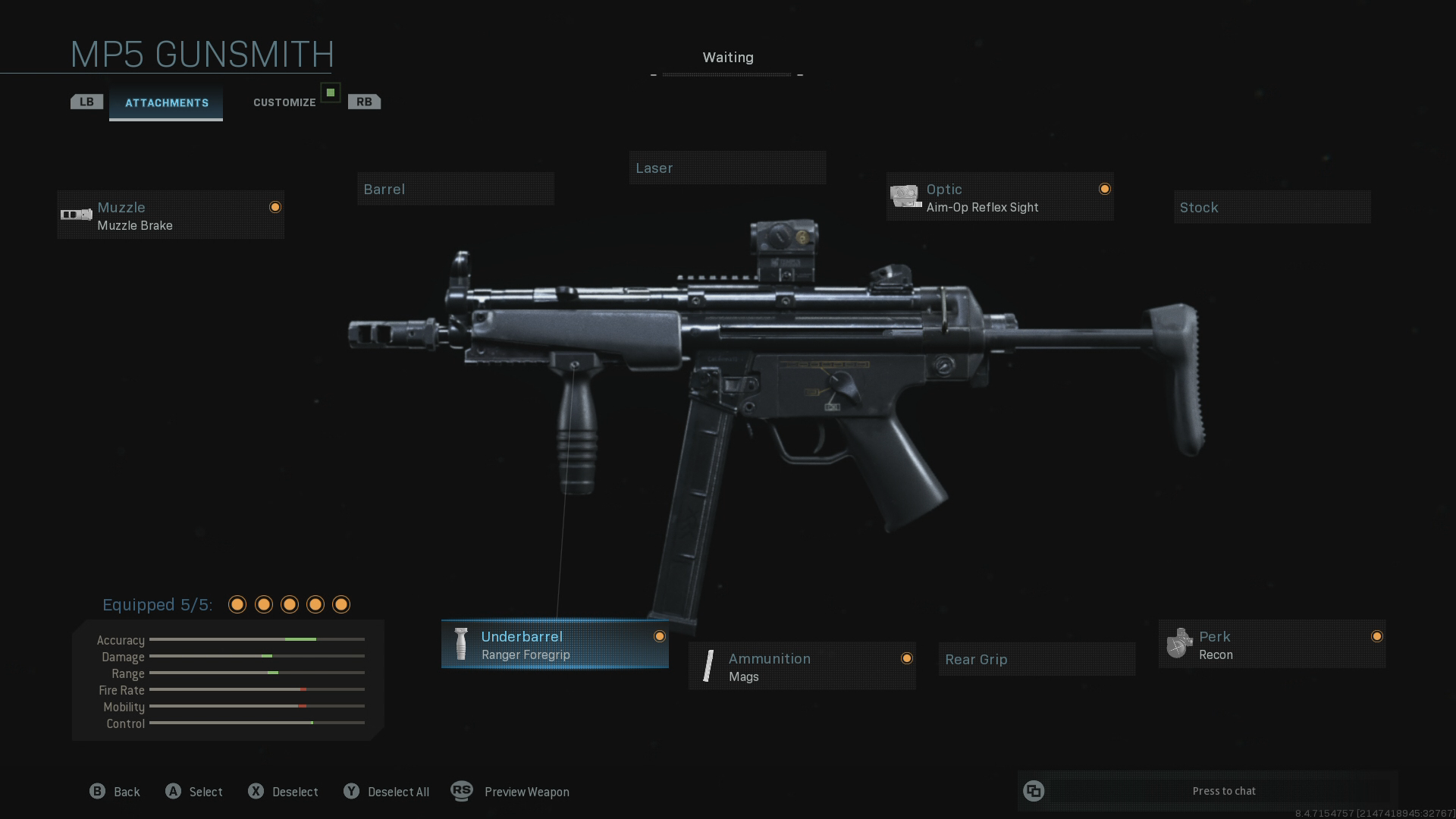 With a setup like this, you will likely play more passive and these perks will give you the most benefit for doing just that.

Your grenades will again come down to personal preference, but claymores will help watch your back and a smoke grenade.

If you're fighting at range, you'll need all the damage you can get.

If you're playing more passive, you're likely to acquire more kills in succession. Your setup is dependant on how comfortable and confident you feel.

If you need something more versatile, it's always worth equipping overkill to give you the best chance for every occasion.

If you're running  overkill, you should be pairing the MP5 with a range weapons (such as an M4A1). So you will simply need to focus on this gun excelling at close range and allowing you to be mobile. 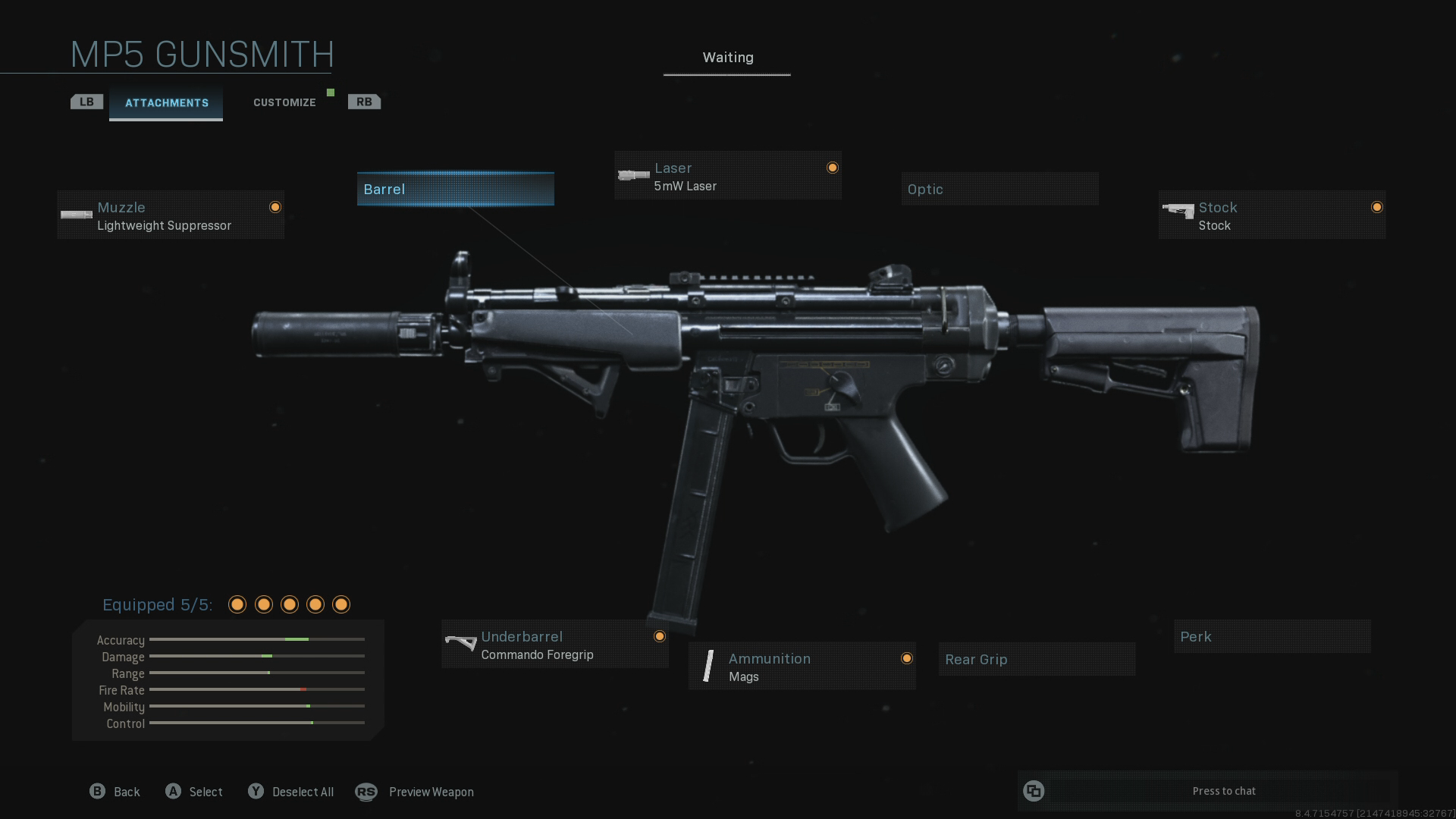 This perk setup will allow you to carry two primary weapons, as well as allow you to be flexible in your playstyle.

This is a personal preference, but the addition of a heartbeat sensor will enable you to switch between a passive and aggressive style.

This is also down to preference and will become evident based on the playstyle you prefer and the map. Dead Silence is a great all-round field upgrade for getting from one place to another.

Again, personal preference applies here. This is a solid killstreak setup for any class.