We're more than halfway through the RLCS season and it feels like we have come away with more questions than answers after week 3. In Europe, FC Barcelona sits at seventh place after beating Team Vitality 3-0, while Veloce Esports sits at second with...

We're more than halfway through the RLCS season and it feels like we have come away with more questions than answers after week 3. In Europe, FC Barcelona sits at seventh place after beating Team Vitality 3-0, while Veloce Esports sits at second with a 3-1 record. Over in North America, NRG have been the only thing that resembles a true favorite as the other members of the Big Three (NRG, Cloud9, and G2 Esports) have struggled to remain relevant throughout the season.

Read More: Rocket League Esports: Franchising Does Not Need To Come To The RLCS 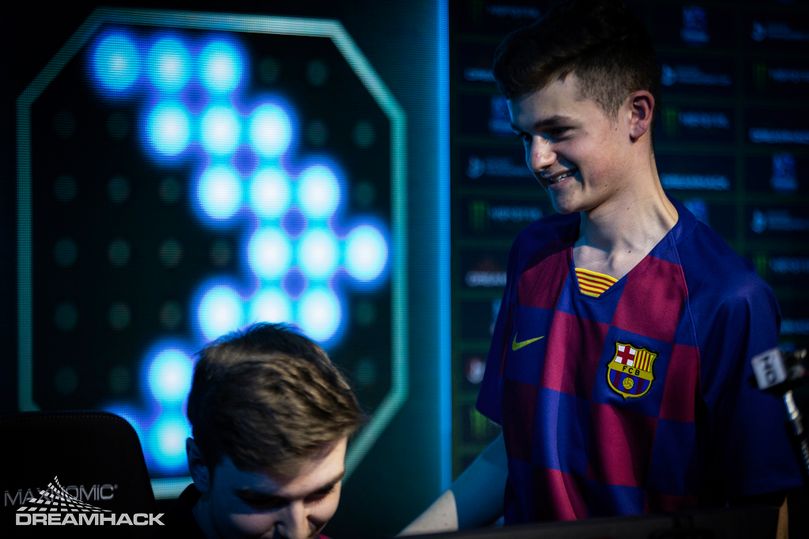 FC Barca, by all accounts, actually had a middling Week 3. This was their chance to go 2-0 and cement themselves amongst the best of the best in the region, but alas they fell to Dignitas (1-3) earlier in the day. The reason why Barca are getting today's spotlight is due to their resounding 3-0 win over Vitality.

Vitality have been dominant in their matchup against Barca ever since the org joined the RLCS last season and the 3-0 victory, to cap off week three, was a big highlight victory for the Barcelona camp. David "Deevo" Morrow looked like his Season 3 World Championship self by putting on a scoring clinic. Barcelona despite having an insanely skilled lineup, are only seventh in the standings, so expect them to climb in the standings in weeks four and five.

Everyone (But Complexity) Has A Chance

Normally, at this stage of the RLCS, we see a separation between the teams. While complexity have been unable to earn a series win, they honestly deserve to be an RLCS team, because of how good the competition level is this season. Every team has shown why they belong in the RLCS and the fact that a really good side, like FC Barca are struggling, shows how fierce the competition is. All of the teams in the middle of the standings have had really good showings at some point during the season and it really makes it hard to justify calling any win an "upset".

Unfortunately for Complexity, they have three games left to try and avoid yet another relegation tournament. With the addition of two teams to the RLCS, the odds are good for Complexity to retain their spot, but it would be stunning if they failed to win throughout Season 8.

The Big Three of North America have been NRG, G2 Esports, and Cloud9 - since The Muffin Men were picked up by Cloud9. Unfortunately, the "big three" of North America have started to crumble. G2 Esports suffered a rough 0-3 loss to surging Knights and Cloud9 lost matches to The Birds and Spacestatoin Gaming. This should have been an easy 2-0 week for Cloud9, but they lost to the two bottom of the table teams; who they absolutely needed to beat.

What does this say about Cloud9? Well it says they are in a major slump (and have been since their Dallas win) and hopefully their fans will wake up to smell the roses. Cloud9 might benefit from a roster change, or C9 might benefit from the time off in the off-season. Regardless, something needs to give or this team will cease to exist which would be a sad day for all of us.

Matchups To Watch Next Week

The Peepsburgh Knights (that's so much fun to write) have proved they belong in the upper echelon this season and have a chance to write the history books if they take down NRG.

Cloud9 desperately need a win if they want to go back to the World Championship stage, but they have been in poor form lately. I can't see C9 beating NRG, but they have some winnable games on the rest of their schedule.

FC Barcelona proved they can hang in the RLCS with a 3-0 win over their nemesis Vitality, but Veloce have shown strength all season. Right now I buy Barca more than I buy Veloce, but it should be an exciting game regardless.

Team Reciprocity have been insane this season and have shown to be the best French team so far. I think this is a great match on paper, but REC bring too much offense to the table for this current Vitality to match.