Riot Games continue to dominant gaming headlines by announcing that Teamfight Tactics will arrive on mobile devices THIS WEEK!

Recently the fabled "successor" to CSGO was announced, that being Valorant (previously known as Project A).

Her's what you need to know about Teamfight Tactics Mobile!

Riot Pushing Back Teamfight Tactics’ New “Galaxies” Mechanic - It Will Release With Patch 10.7

The intergalactic action is only a couple of days away!

TFT lead gameplay designer Stephen “Mortdog” Mortimer explained that the Galaxies feature will be pushed back until Patch 10.7, giving fans one patch to experience the game with normal rulesets. 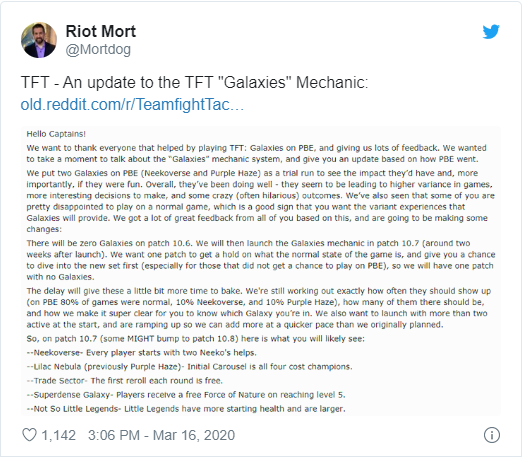 Pre-registration is available on Android devices.

What Is Teamfight Tactics?

The game is based on the League of Legends universe and can be found in the LoL client. It has both normal and ranked playlists, with an ever-changing meta.

The popular game will be getting its own app on iOS and Android devices, with cross-platform play between mobile and desktop devices; progression will transfer between the two.

There's a new out of game experience tailored to TFT and mobile devices. The new experience is all about one thing: getting you into the game.

As part of this streamlined approach, the TFT mobile client initially supports social (lobbies, friends, and invites) as well as the ranked system and the progression pass.

The visual style has been shifted in a few areas to make things clearer and easier to use. 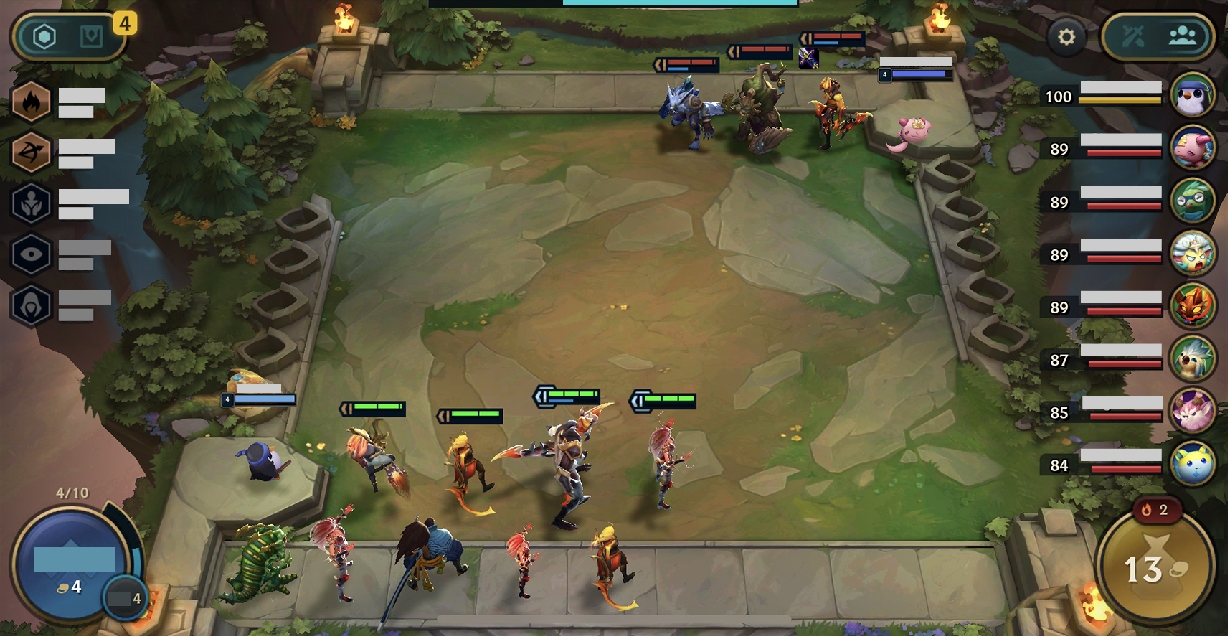 The in-game Champion Shop can’t remain open all the time without compromising the battlefield, so instead, the shop is opened and closed with a button.

The shop automatically opens at the beginning of every round, appearing near the top of the screen so that you can still position your champions while buying and selling.

In addition, the stage tracker only shows the time left in the current phase while the Store is open to make sure you have a complete view of your battlefield.

In-game chat on mobile is not supported at this time due to the large section of the screen it would occupy.

You'll still be able to dance, taunt, emote and otherwise express yourself through a dedicated Little Legend emote menu that has been redesigned for touchscreens.