GM Mode was once a mainstay of WWE Games but in 2009, it was replaced by Universe Mode. Despite this, fans still want GM Mode to return. Will it make its return on WWE 2K20?

Since General Manager Mode (GM Mode) was removed from the WWE franchise in 2009, fans of the series were not happy and for the last ten years, fans of the game have been wanting the developers of the WWE games to give GM Mode a new lease of life and a return for WWE 2K20.

The likes of Madden and FIFA all have their own management simulations which adds even more content to an already filled game and increases the longevity of the title. Here are 3 reasons why GM Mode should make a return on WWE 2K20 releasing on October 22nd.

Despite being replaced with “Universe Mode” in 2009, fans are still demanding the return of GM mode to WWE games. Universe Mode does offer the majority of features which enables players to get creative when competing against the rival shows, but there is something very rewarding about poaching a top superstar from a rival brand, scoring higher ratings than those of your rivals and beating them at their own game. 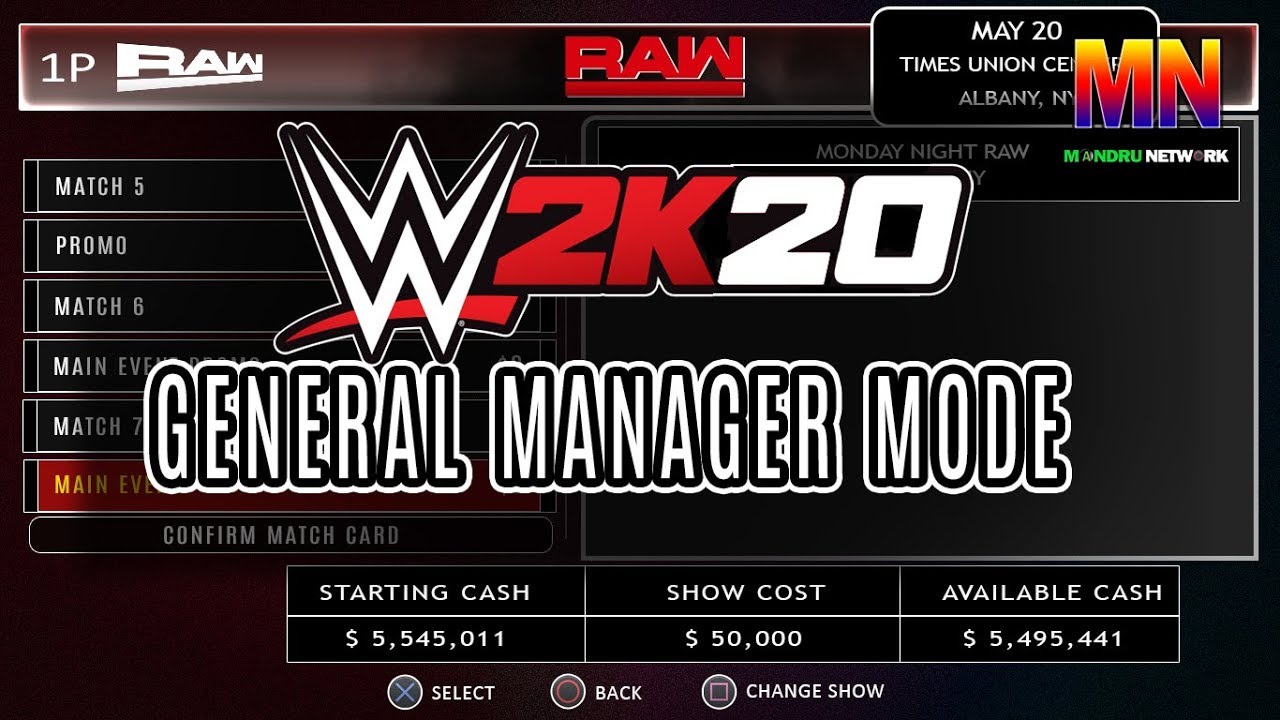 Although Universe Mode offers a lot of flexibility when it comes to creating a new show and creating matches for a massive event, it feels like it is lacking something when there is nothing to play for, other than to create unique scenarios that can only be achieved in the game.

2K Games could make a new GM Mode rewarding in a variety of ways, increasing the stakes of Universe Mode by rewarding a strong show with cash to develop the brand or risk losing unhappy performers with low morale levels to a rival brand. There is plenty of scope and it’s time that 2K listens to what the fans want and allow GM Mode to return on WWE 2K20.

Like on FIFA, the beauty of a career mode or a GM mode is that is adds a lot of longevity to a game. A WWE management simulation complete with stakes and full control over the outcomes of particular wrestlers and tag teams could be the perfect addition to a game that is already full of different and diverse game modes.

In the past, once MyPlayer and the Showcase modes have been completed, there is very little reason to return to the game. Adding a GM mode into the game would be a great answer to this and keep fans playing until the next release of the franchise.