Pierre-Emerick Aubameyang has been announced as the Player of the Month for September in FIFA 20 Ultimate Team. Here's our review and SBC solutions you can use to get him.

Being untradeable, this means that this card cannot be sold once you’ve completed his SBC, meaning any coins you’ve used to complete squads in his SBC, cannot be earned back from selling the card. Given that the SBC is costing around 500k, it’s important to look over a number of factors, and assess the value of this SBC, to determine, is he worth it?

When assessing if an SBC is worth it, there are a number of questions you should ask yourself:

Unfortunately, the upgrade on Aubameyang’s Player of the Month card, compared to his regular 88 Gold, doesn’t make the POTM SBC great value from the get go. Despite getting +3 Passing, +2 Shooting and +1 Pace. POTM Aubameyang only has +34 total in-game stat upgrades compared to the gold, with no upgrades at all to Physical stats and marginal upgrades to his Dribbling stats.

Straight from the get go, Aubameyang’s Player of the Month item doesn’t stand out in value compared to his gold card!

Is It Worth It? How Much Does It Cost?

As of the day of the SBC release, Aubameyang’s POTM SBC is coming in just under the 500,000 coin mark on PS4 and Xbox. For only the 2nd full week of FIFA 20, this is a lot of coins to be sinking into an untradeable card. You have to remember, that once you’ve completed this SBC, you can’t get those coins back, they’re locked into this card for the rest of FIFA 20.

The 4 squads required for his POTM card are:

For me, the lack of a significant upgrade from his gold card, coupled with a very costly SBC for this early stage of FUT, would definitely deter me from doing his SBC.

It's still early doors and there will plenty of ways to complete this SBC, but here are some suggestions to get you started (this will be updated regularly so check back regularly): 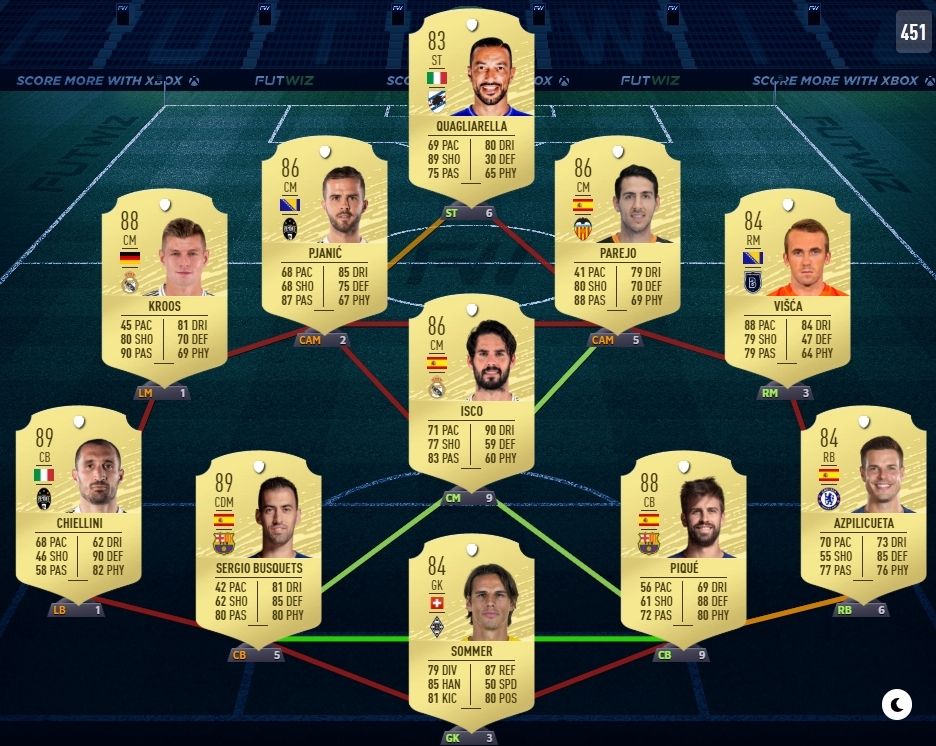 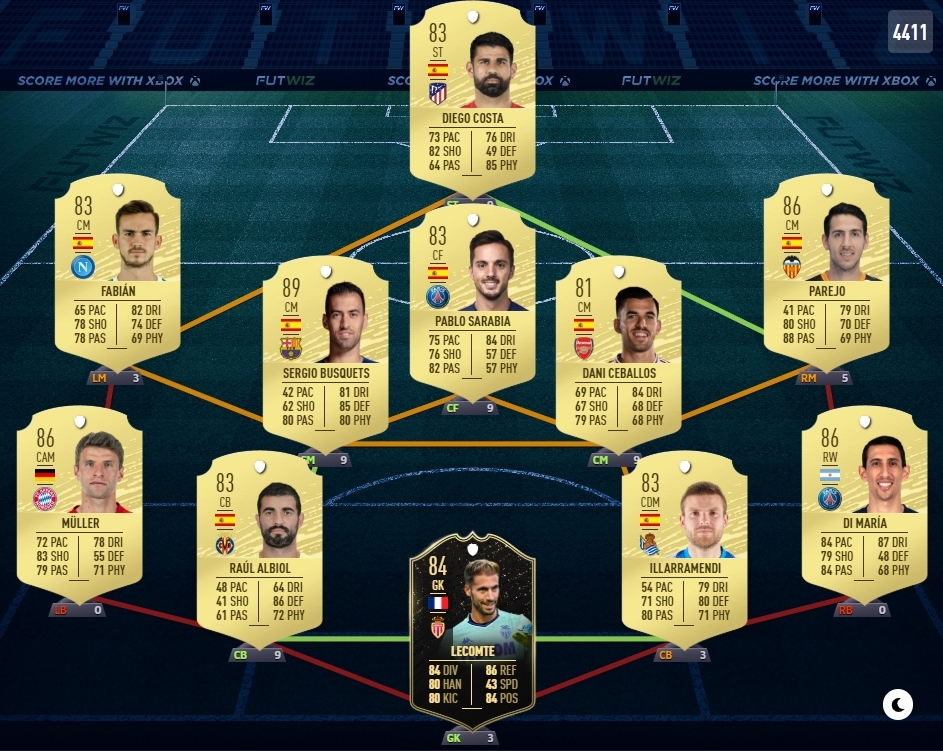 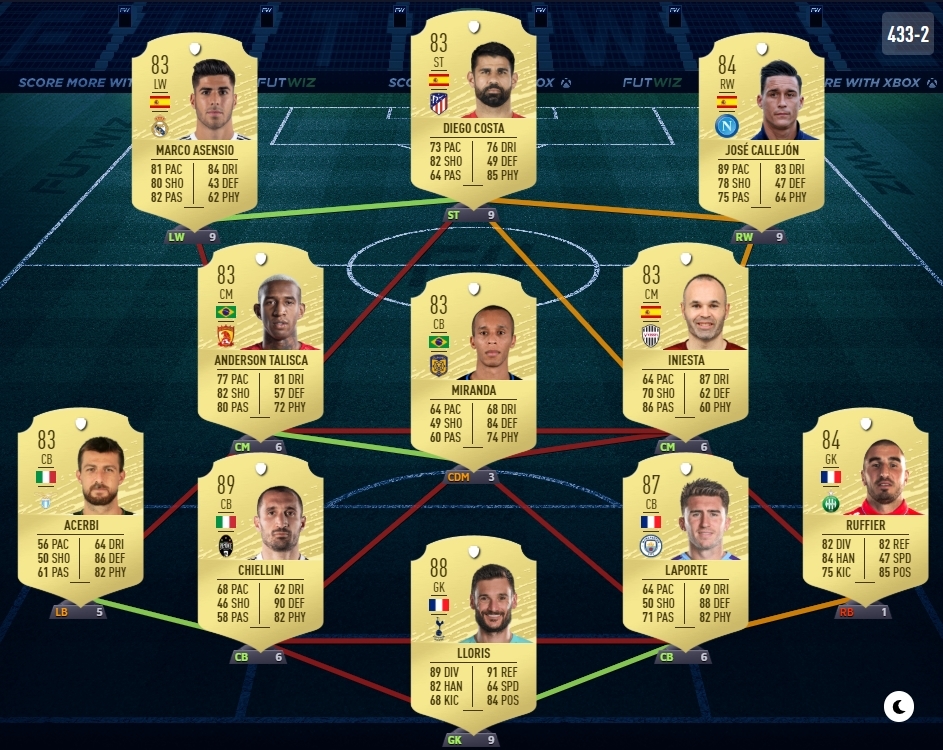 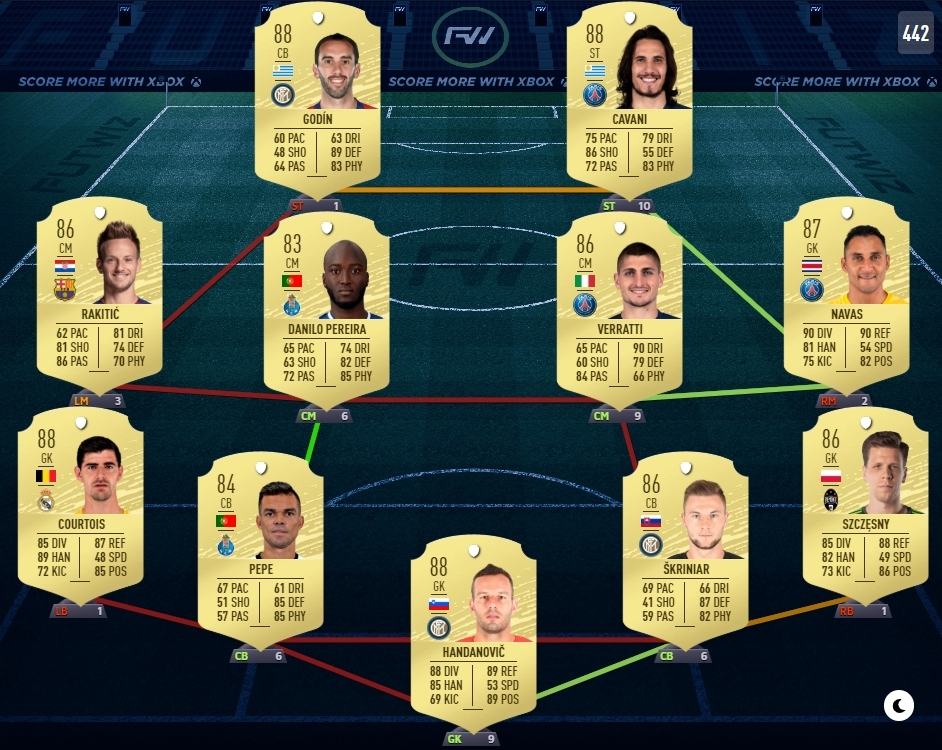 For me, there are too many tradeable striker options for 500k that you can get instead of Aubameyang’s POTM card. Just in the Premier League alone, you have fantastic options with cards like: Heung-Min Son, Sergio Agüero, and not to forget Aubameyang’s gold card itself. Being able to get those coins back is such a key factor and is another reason that I’d look to steer clear from Aubameyang’s POTM SBC.

Conclusion - Should you Complete the SBC?

In a nutshell, no. Personally, the SBC is a little overpriced considering the minimal upgrade on the card, plus the fact that it’s an untradeable reward means that you will never be able to get these coins back. When you also consider that there are other, cheaper, tradeable alternatives for that striker position in the Premier League, I’d certainly think again if you had any plans to complete this POTM SBC.