The WWE 2K20 release date draws nearer and there is still little information on how the loot box mechanic (known as loot packs) will work in the new game. Here's what we know so far.

The WWE 2K20 release date draws nearer and there is still little information on how the Loot Boxes (known as Loot Packs) will work in the new game. Loot boxes tend to be controversial, with many games implementing a structure that allows users to obtain various cosmetics and upgrades that enhance their experience. For many games such as FIFA 20 Ultimate Team, it is the foundation of the game's concept. However, games such as Rocket League are doing away with them in place of more fair means called 'Blue Prints'.

WWE 2K20 has yet to reveal much information about the loot packs, but we can assume they will feature in the game once again.

Read More: WWE 2K20: Release Date, Features, Showcase Mode, My Career And Everything You Need To Know About The New WWE Game 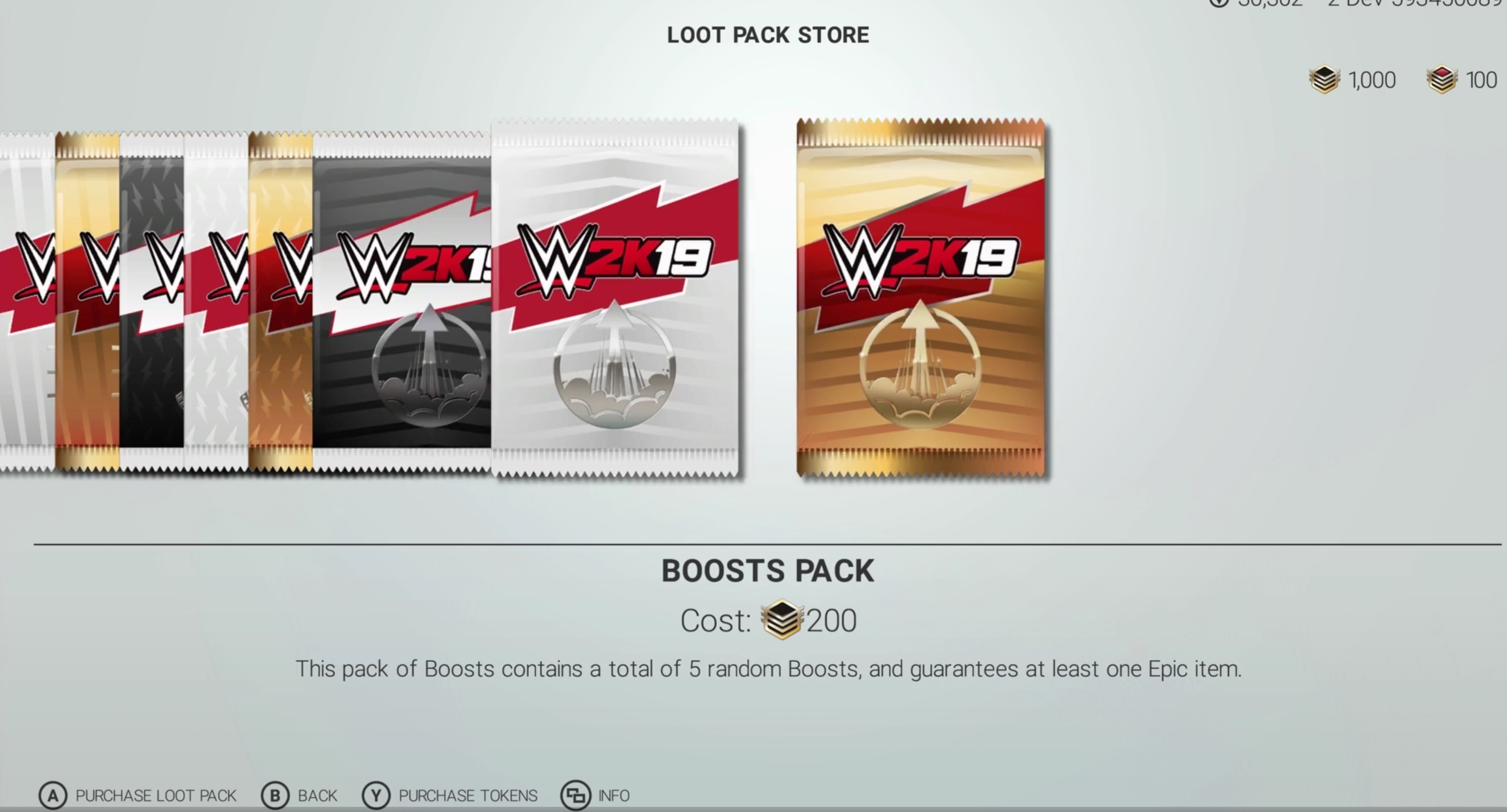 What Are Loot Packs?

Loot packs are purchasable packs, that contain randomised boosts inside; they can be bought with in-game currency and real cash. Inside you can find cosmetics to equip your MyPlayer with or moves to use with your character in MyCareer.

Why Are Loot Packs A Big Deal?

Your MyCareer path is very much moulded based on the luck of the draw and what you obtain in these loot packs. For a lot of players, it can be very exciting and add a new element to the game, but others have expressed their concerns that it strips away the freedom that MyCareer should empower the player with. Having to excessively grind in order to earn in-game currency, for the purpose of spending it on loot packs, can be seen as a negative for some members of the WWE 2K community; especially if all you're after is a new pair of shades or a taunt to compliment your character's persona, only to not be guaranteed to obtain it.

It's very unlikely that WWE 2K20 will not feature loot packs, however there maybe new methods to earn these desirable items. In some you can craft items you want by earning the correct amount of scraps, from playing games or recycling items you do not want; this will certainly take longer but will give you another option to get what you want and mean your grinding of the game will pay off.