The ePremier League is BACK for the 2019/2020 season and we are proud to have been reappointed by the Premier League as the tournament operator. Here are all of the details.

The ePremier League is BACK for the 2019/2020 season and we are extremely proud to have been reappointed, by the Premier League, as the tournament operator.

With the recent announcement of the FIFA 20 Global Series, we are privileged to play a big part in the upcoming competitive FIFA 20 Ultimate Team season.

The full ePremier League press release can be found here.

What Is The ePremier League?

The ePremier League is one of the many stops in the FIFA 20 Global Series, as part of the Official League Qualifying Tournaments. Players will compete against each other in order to represent their chosen club - one representative will be chosen from both Xbox and PlayStation. Competitors will battle it out online to reach the club playoffs, where the two players will be chosen (by competing to be the best on their console) and will finally represent their club at the live finals. A hugely successful debut ePL season saw EA SPORTS FIFA players from across the UK compete on PlayStation® 4 and Xbox One.

“Winning the ePL Final for Liverpool FC was one of the most memorable moments of my life,” said Tekkz. “Wearing the shirt of the club I’ve been watching all my life made the win even more special and I have had some amazing experiences since being crowned ePL Champion. I’m looking forward to playing again this year and hopefully winning back-to-back titles for Liverpool.”

Performing well in ePremier League will also earn players the bonus of valuable season-long EA SPORTS FIFA 20 Global Series Points used to qualify for the EA SPORTS FIFA 20 Global Series Playoffs. Competitors intending to participate in ePL who want to also be eligible for these points will need to register on FUTChampions.com by 31 October 2019 or between 16 and 31 January 2020 and be FUT Champions Verified.

The finals will once again be broadcast live on Sky Sports, Premier League channels and EA SPORTS FIFA Twitch channel.

Registration for this year’s tournament opens on November 2019 at e.premierleague.com. From 2 December 2019, competitors for all 20 Premier League clubs will battle it out over four months through online qualification and club playoffs to reach the ePL Finals in March 2020. 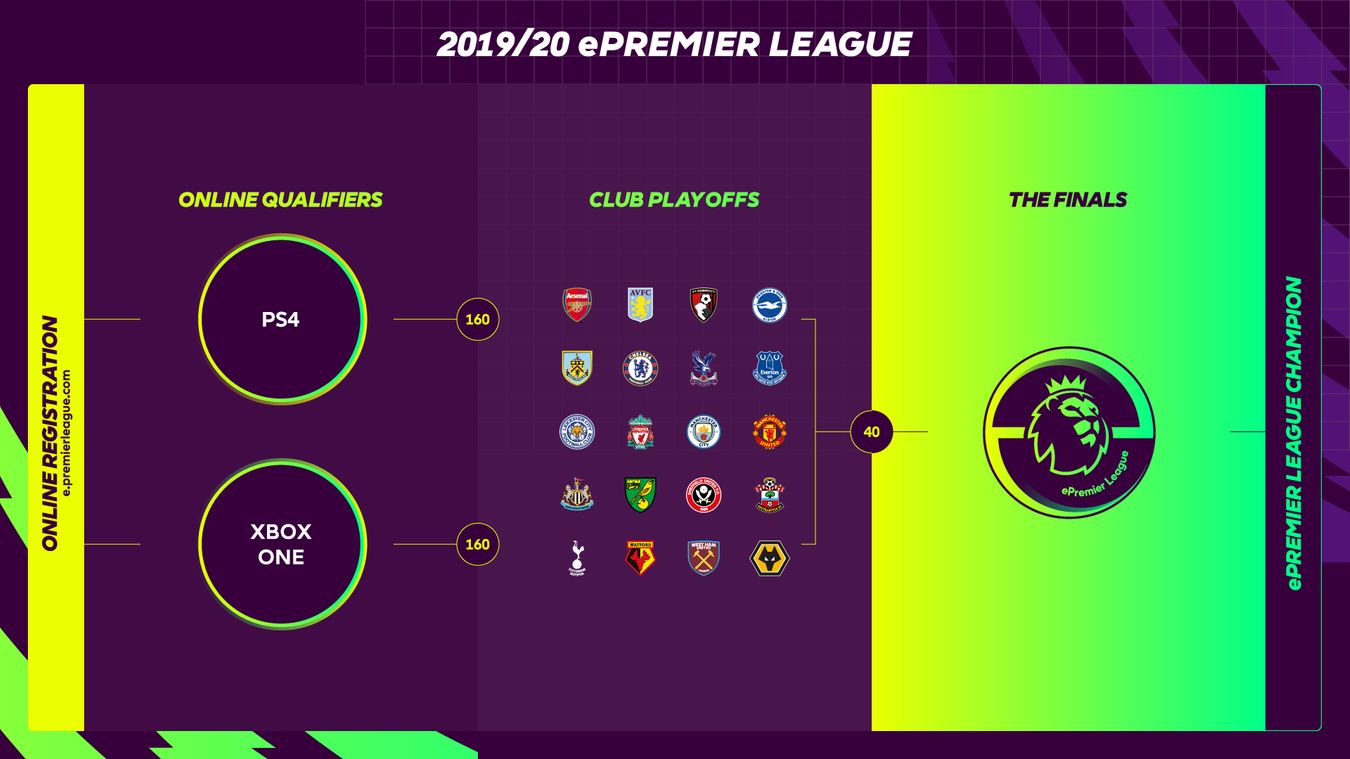 The ePL have announced a £40,000 prize pool for players competing in this prestigious event!

More information will be revealed about the competition soon.