Call of Duty Mobile Season 4: Tips And Tricks Tutorial To Improve Your Multiplayer Gameplay For COD Mobile On iOS And Android Devices

Call of Duty: Mobile is here to tide you over when you're away from Modern Warfare. The mobile game offers an epic catalogue of content from both the Modern Warfare and Black Ops series including weapons, maps, game modes, scorestreaks and playable characters.

COD Mobile Season 4 has arrived and with the gaming ever-changing, you'll need to be at the top of your game to succeed - so learning new tips and tricks is key.

The mobile game offers an epic catalogue of content from both the Modern Warfare and Black Ops series including weapons, maps, game modes, scorestreaks and playable characters.

The newly released COD Mobile is available on iOS and Android devices, featuring a COD Mobile Battle Royale mode, along with the usual multiplayer and zombies experience.

Whether you are seasoned Call of Duty veteran or a complete novice, there is always a new trick to learn, Without further ado, here are a few tips and tricks to help you get ahead of your opponents.

Unlike Modern Warfare, which is releasing on October 25th, scorestreaks will be in CoD: Mobile. As with any CoD, it is essential to choose scorestreaks that suit your style of play. If you are more of an aggressive player then it is more than likely that you would be taken down more than a passive player. Choose streaks that take less to score so using the combination of a UAV, Counter UAV and a Hunter Killer Drone will allow you to score them quickly even if you end up dying more than most. 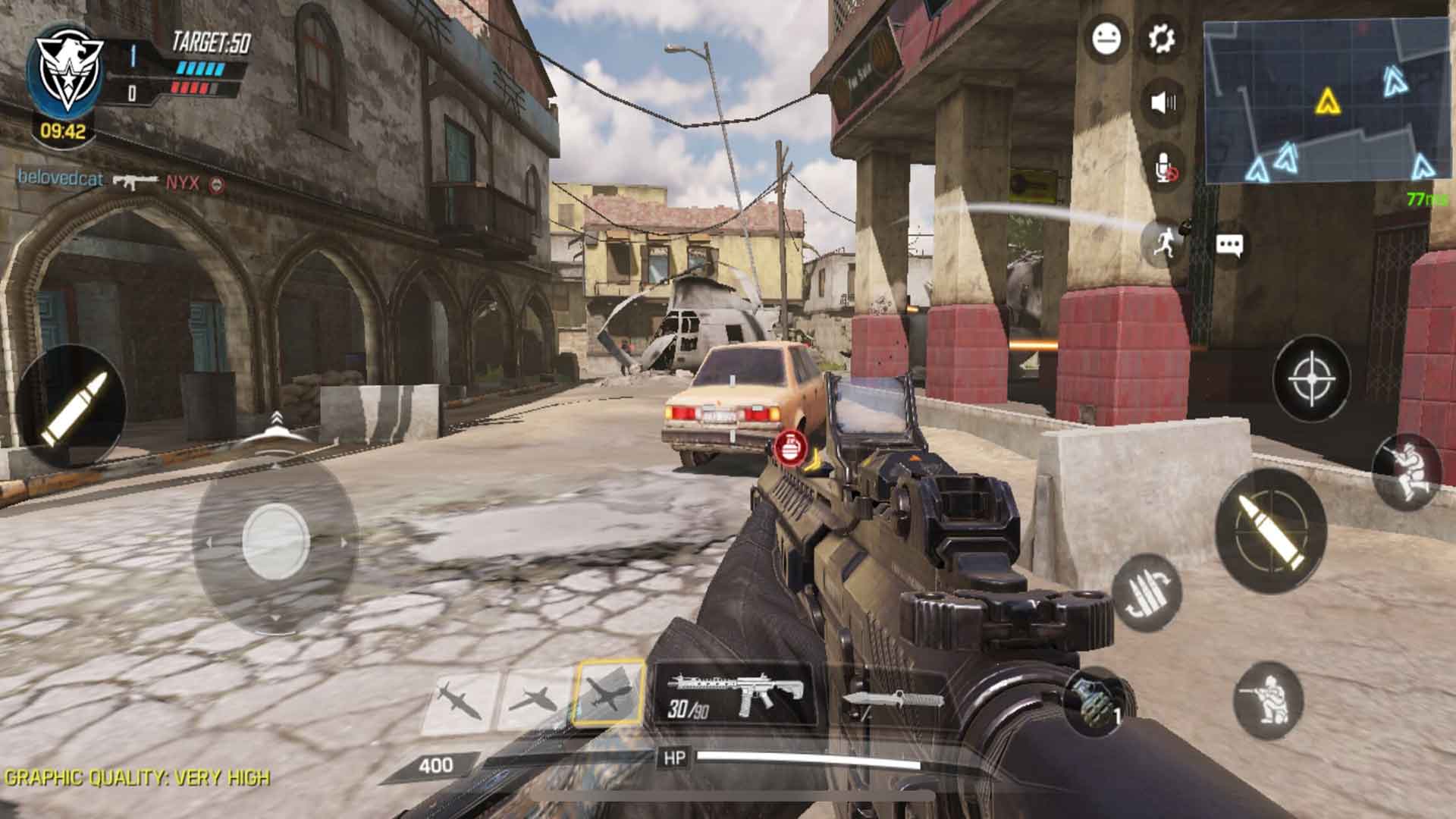 On console Call of Duty, predicting the location of your opposition by firing your weapon before the enemy appears is a simple way to guarantee yourself an easy kill. For example, pre-firing the alley on the right side of Nuketown is where the majority of players funnel to get to the middle of the map. Shoot your weapon before the enemy turns the corner and they don't have time to react to your sneaky strategy.

With no controller support as of yet for CoD: Mobile, there are various control modes and sliders that you can alter to get the best settings for you. Simple mode makes your weapon automatically fire when your crosshair is focussed on an enemy while Advanced Mode enables manual firing and the ability to completely customise your Head-Up Display (HUD) With Advanced Mode, you can even choose how to hold your weapon. Set the shotguns to always shoot from the hip and your assault rifles to aim down the sites in order to pre-empt an enemy attack.

There are 17 (yes, seventeen) different sliders to modify the sensitivity levels on the game so there is plenty to tweak in order to get the perfect settings.

Use All Your Hands And Fingers

This may seem like a strange tip but by using all of your fingers to play CoD: Mobile can give you the upper hand over your opposition. Playing using just your thumbs? Use your fingers to hover over the fire and crouch buttons to react quickly when you spot an enemy. Hitting that extra bullet or dodging any incoming fire can be the difference between you scoring a steak or capturing an objective.