Man City have announced a new partnership, via Twitter, with popular esports organistation FaZe Clan. Read more about it here.

Man City have announced a new partnership, via Twitter, with popular esports organistation FaZe Clan. This is not the first football team to collaborate with an esports team, currently Fnatic have a partnership with Roma. In a statement posted to their website, it specifically mentions that the FaZe FIFA players will be joining the Man City team, which will include Tassal "Tass" Rushan; he will join the likes of Shaun "Shellzz" Springette.

Read More: FIFA 20: Best Formations To Play With In FIFA 20 Ultimate Team For Xbox One, PlayStation4 and PC 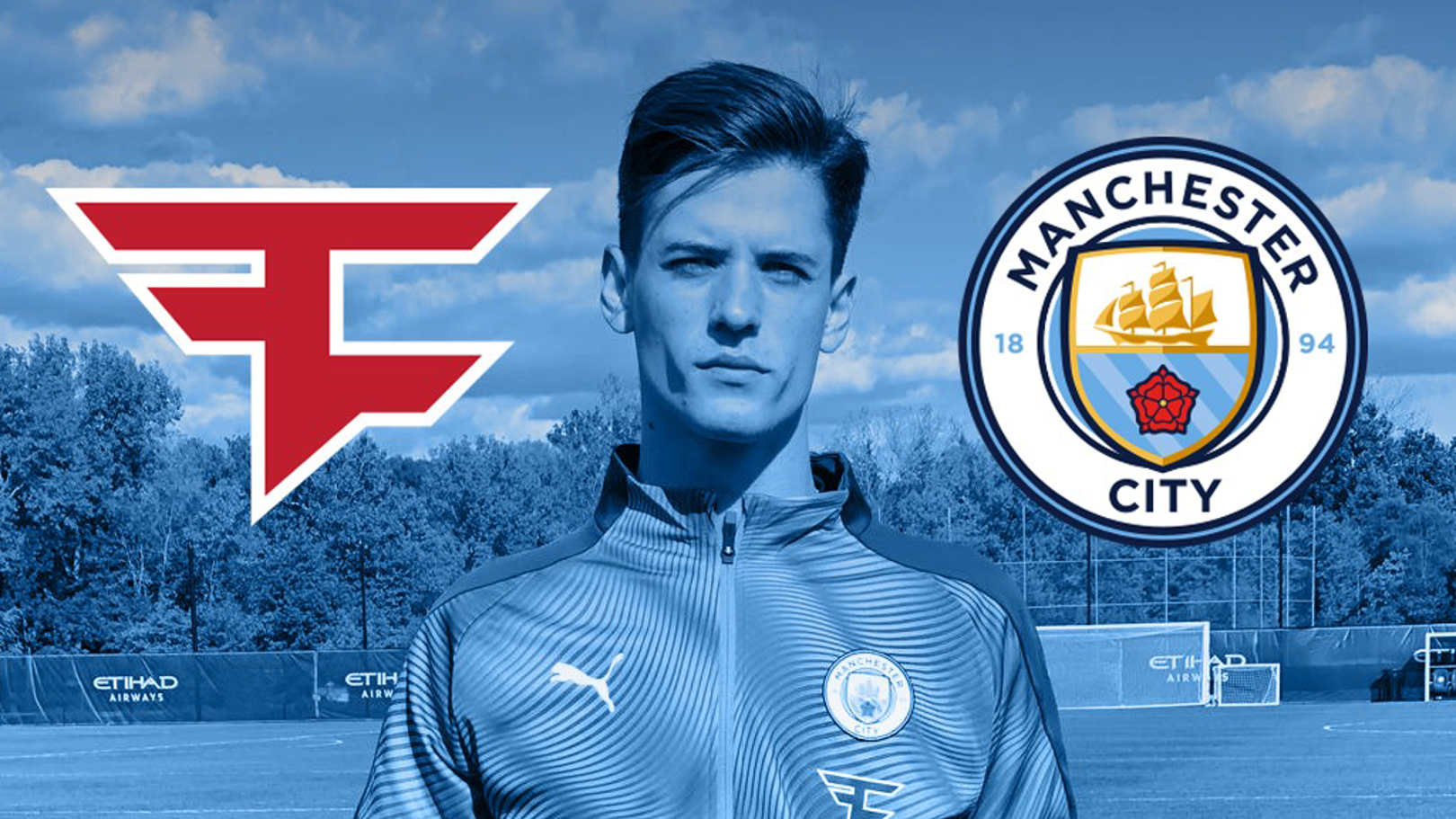 On the official Manchester City website they released the following statement:

"Manchester City has announced an innovative new partnership with FaZe Clan, the world’s unmatched leader in competitive esports and pop-gaming lifestyle and entertainment."

"This collaboration will create new experiences for fans of both football and esports, to bring the two audiences together in exciting new ways."

"FaZe Clan was formed ten years ago on YouTube by teenage Call of Duty players who decided to change their gamer-tags to form FaZe Clan."

"Today, FaZe Clan is a blend of celebrity YouTubers, Twitch streamers, and professional gamers who produce both gaming videos and lifestyle vlogs. FaZe Clan is the most followed gaming organisation in the world with 214 million global fans and over 500 million monthly views of its content."

"Through this partnership, the organisations will bring together the worlds of football and esports across a number of exciting initiatives.

"FaZe and City will collaborate to create engaging content with talent and players, as well has hosting exclusive fans events in the US and around the world."

"FaZe and City will also bring their FIFA players together in a shared training facility and launch limited edition, co-branded retail products that fans can enjoy."

"This announcement formalises the partnership between Manchester City and FaZe Clan who have previously linked up to create bespoke YouTube content together, including during the Club’s tour of the United States in 2017."

We’re proud to announce the launch of our partnership with @FaZeClan! 🤝

"We recognise that fans want to celebrate their love for football across many aspects of their lives, including fashion, music and gaming, to create a culture that goes beyond what happens on the pitch."

"We are looking forward to working with FaZe Clan to provide our fans with new and immersive ways to engage with the Club.”

"Lee Trink, FaZe Clan chief executive officer, commented: “This alliance with Manchester City creates a powerful opportunity to join our collective fan base and cultures on and off the field. FaZe Clan will continue to push the boundaries of gaming and esports by engaging our fans with experiences that are meaningful, memorable and surprising.”

"This collaboration builds on Manchester City’s current esports offering, with a dedicated FIFA player representing the Club at tournaments across the world."

"City was also the first Premier League club to launch a FIFA Online team in China, which will soon be joined by gamers from South Korea as the team grows across Asia."

"Beyond professional gaming, the Club also hosted the Man City Esports Cup last year which saw 10,000 City-supporting amateur gamers take part in the tournament from across the world"

Recently, FaZe announced the addition of their new player for their CSGO team ahead of ESL One New York 2019. Could their CSGO team feature in some of the content they are creating or will it be exclusive to FIFA?