Team Liquid have underperformed recently, but the North American powerhouse is still a favorite to take home the gold at ESL One New York 2019.

With ESL One New York 2019 around the corner, Team Liquid are having a bit of a crisis as of late. Their run at the Berlin Major was ultimately a disappointing quarter-final finish and their recent online form has been worrisome. Despite all of this, Liquid are still the best team in the world due to their strong LAN resume over the past few events.

Nitr0 has been the rock that has held Liquid together and the team's longest-serving player has no signs of slowing down. He has evolved from being a potential star player to an AWPing IGL and nitro has performed in his role well enough to let the bevy of stars surrounding him shine.

While stars from teams like Cloud9 and OpTic have often taken the spotlight over the years, EliGe has put together a great performance over the year. WIth guns like the AUG and the SG-553, being brought into the meta, EliGe has shown mastery of the new sprays and has wielded that to devastating effect.

Twistzz has flirted with being a superstar level player, but has never been able to make that next step with conviction. Twistzz has cooled off recently, but last year's ESL One New York performance was one for the ages. Look for Twistzz to perform once again in the big apple.

NAF's journey to becoming a regular contributor has been a fun path to follow, but he's been a bit shaky recently. Team Liquid works best when everyone is firing on all cylinders and they will need NAF's best to overcome rejunivated Astralis or skillful NRG.

Stewie's role as an ultra-aggressive star player has morphed into an ultra-aggressive role player, he's honestly become so useful to Liquid it makes you wonder why they didn't make the play for him sooner. 2018 Liquid lacked an X-factor because the majority of Liquid were passive players, Stewie has done a masterful job of bringing the refined aggressive plays he's internationally known for.

Read More: CSGO: NRG and Liquid: The Rise Of NA's New Order In The Wake Of ESL One New York 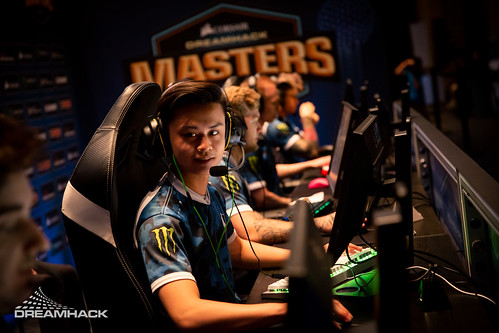 Liquid's trophy cabinet went from being a meme to being one of the best in recent memory. Liquid has won five S-Tier events out of the seven they attended (losing both majors). Online form for top teams is one that is traditionally thrown out of the window, but it is a little worrying to see Liquid not smashing vastly inferior opponents such as Sharks and eUnited.

Liquid can put all their fears to bed with a dominant performance in NYC.

Player breaks have been known to change teams for the worse and so far Team Liquid looks to be a little rusty. Rust can always be shaved off and Liquid have a fantastic coach in Eric "AdreN" Hoag, who should be able to have his boys ready for game time. Anything below a grand final finish should be considered a disappointment for the boys in blue and white. A matchup against their longtime rival Astralis would be Team Liquid's biggest threat, but I am confident that Liquid will be able to harness the crowd to their benefit.