CoD Champs Winners: Past Victors In The Build Up To The Call of Duty World League Championship 2019

As the 2019 Call of Duty world championship comes closer, we take a look at all the past winners of the prestigious tournament.

The 2019 Call of Duty world championship is just around the corner. As the final tournament of the Call of Duty esports schedule, 32 teams consisting of 160 players - 9 that have played at every tournament since 2013 -  will battle it out for a chance at earning a championship ring and a share of a $2,000,000 prize pool. This is the last tournament before the Modern Warfare 2019 season commences.

Since the inception of the Call of Duty championship in 2013, there have been no repeat winners of the tournament and is widely regarded as the most competitive tournament of the season, as every team in attendance has honed their strategies and acclimatised to the ever-changing metagame. Here are all the previous winners of the prestigious tournament.

Hot off wins at MLG Dallas and EGL 9, the team of Damon “Karma” Barlow, Chris “Parasite” Duarte, Marcus “MirX” Carter and Adam “Killa” Sloss headed into the world championship focused on asserting their position at the top of the Call of Duty esports scene.

After a flawless performance in their pool, Fariko dispatched of Epsilon, OpTic Gaming and Complexity before falling to Team Envy, sending them to the loser’s bracket. Fariko defeated OpTic Gaming once again to set up a rematch with the boys in blue in the first ever world championship grand final. In what was one of the most competitive Call of Duty matches in history, Killa managed to take down Jordan “Proofy” Cannon in the tenth round of Meltdown Search & Destroy to take home the first world championship.

Shortly after the 2013 world championship concluded, the reign of Fariko Impact had diminished and Complexity had risen to the top of the food chain after dropping Aaron “TuQuick” Chang for James “Clayster” Eubanks. Complexity dominated the latter half of the Black Ops 2 season and continued their run of dominance into 2014.

Prior to the world championship, Clayster was dropped from Complexity in favour of 2013 world champion Karma. A decision that would prove to be the difference at the tournament.

Taking group B with a 100 percent win record, Complexity defeated TCM Gaming, Xfinity, FaZe Clan and OpTic Gaming in a thrilling five game series to reach the grand finals. Joining them in the finals for the second consecutive year would be Team Envy with a new roster featuring current CWL caster Joe “MerK” DeLuca and CWL analysts, Jeremy “StudDy” Astacio and Anthony “Nameless” Wheeler. Complexity rounded off the tournament with a swift 3-0 sweep of the opposition, making them the second team to win the world championship and Karma the first two-time champion. 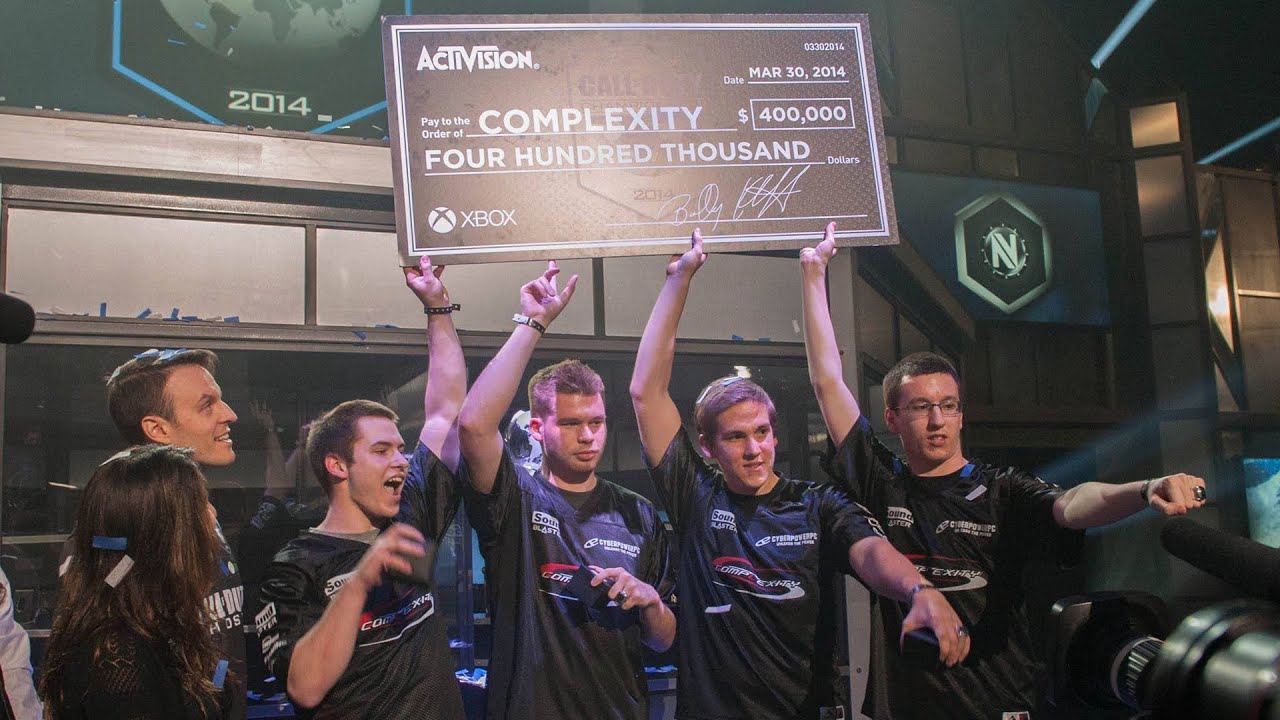 2015 was the year of change within Call of Duty thanks to the release of Advanced Warfare and the addition of new movement mechanics and the introduction of new objective mode, Uplink. Unlike the past two tournament winners, Denial made it out of their pool without a flawless win record.

Team Revenge would defeat FaZe Red in the loser’s finals to get a rematch against the wolfpack. Clayster & co put a halt to the Cinderella story of Team Revenge with a 3-2 win in the grand finals, giving Clayster, Attach, Crowder and Jkap their first world championship rings. 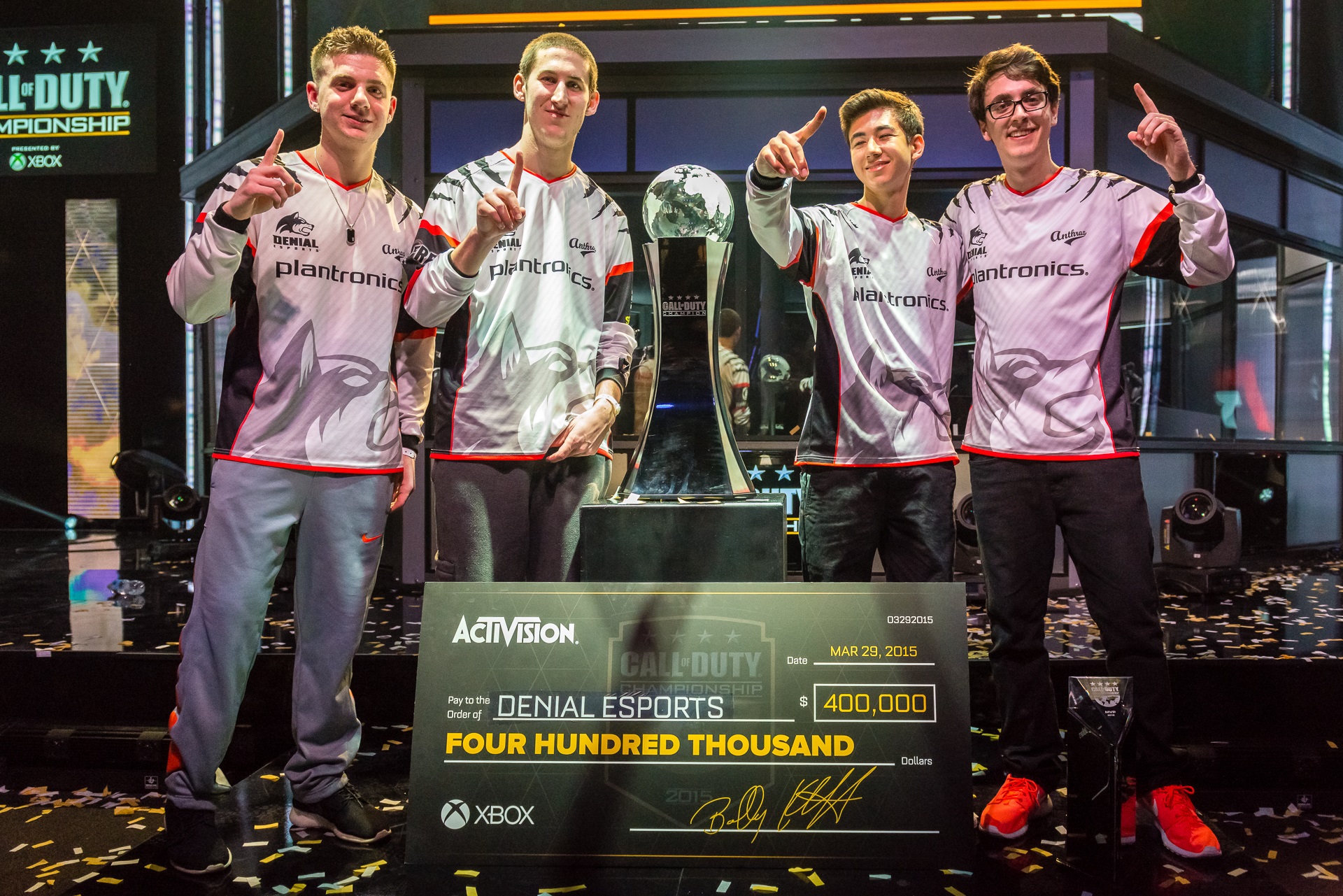 After playing second fiddle in 2013 and 2014, Team Envy finally got their hands on the trophy in 2016. 2015 champion Jkap would join the boys in blue alongside Johnathon “John” Perez, Austin “SlasheR” Liddicoat and Bryan “Apathy” Zhelyazkov for a second chance at the big time.

Envy topped their group in convincing fashion before knocking down the Green Wall in the first round of the winner’s bracket. The momentum continued, sweeping aside FaZe Clan, FAB Games and Team Elevate to make it to their third grand final in four years.

Despite Splyce taking the first Hardpoint, Envy bounced back with three straight wins to take home the trophy. Jkap would become the second two-time champion alongside Karma. 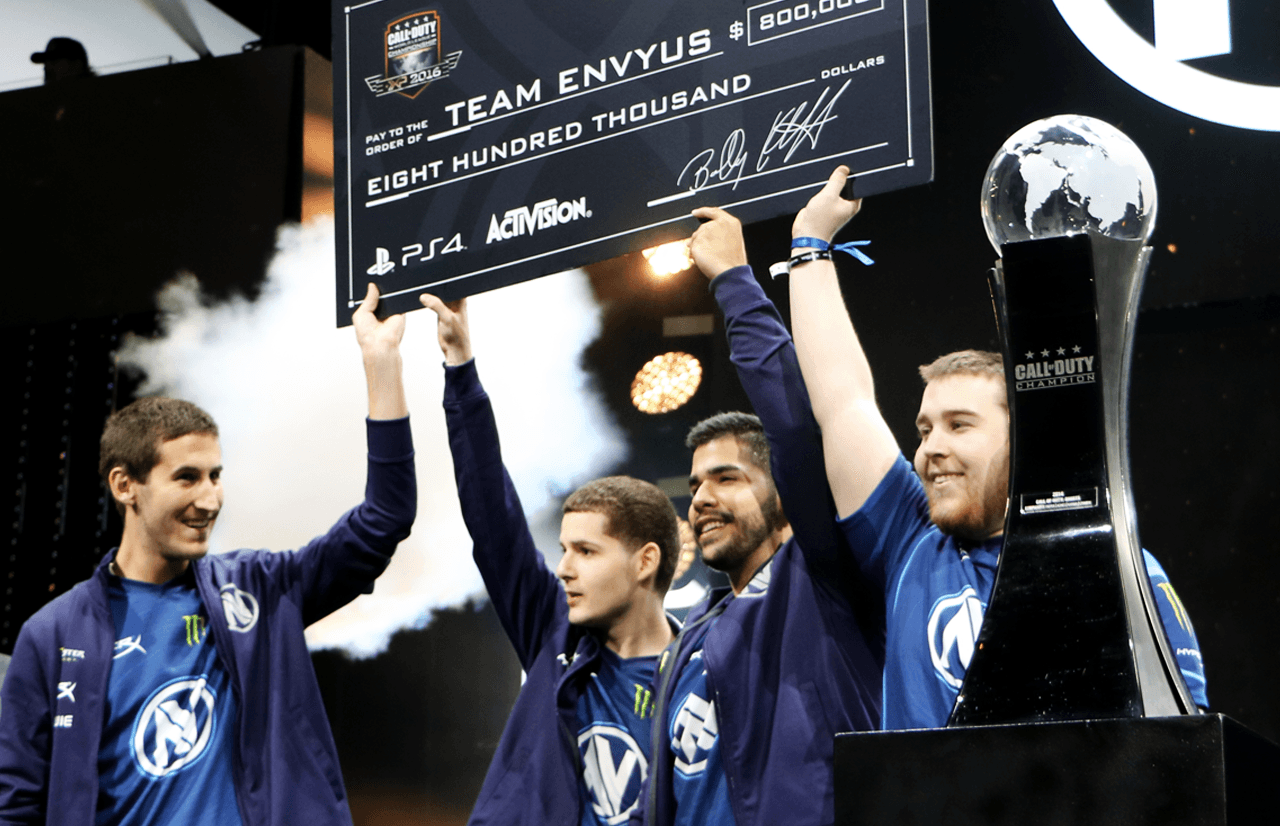 2017 would finally be the year of the Green Wall after a disappointing loss at the 2016 tournament. Armed with two-time champion Karma, 2014 champ Ian “Crimsix” Porter, Console FPS phenom Matt “FormaL” Piper and SMG slayer Seth “Scump” Abner, it was going to take a monumental effort to beat them.

OpTic topped Group A and quickly sent Mindfreak Black down to the loser’s bracket. Splyce exposed some cracks in the Green Wall but were unable to knock it down as OpTic added another win to the tally. A clean sweep of long-time rivals FaZe Clan set up an eClasico for the first spot in the grand finals. Envy did what Splyce couldn’t and sent OpTic down to the loser’s bracket where they would sweep aside a strong Luminosity roster to set up the second eClasico.

The Green Wall came out swinging, taking the first best-of-five series 3-1 to reset the bracket. With the momentum rolling, the team looked unstoppable as they swept the second series 3-0 to get their hands on the rings and the trophy. Two quick wins over Team Vitality and Lightning Pandas saw EG come into championship contention. A 3-2 win over Team Envy put them in the driver’s seat, setting up a contest against Team Kaliber. Coach Embry “Bevils” Bevil proved his worth with some sublime S&D strategy to help EG reach the finals where they would face TK once again.

Team Kaliber managed to draw first blood, taking the first series 3-2 to force a second best-of five series. Thanks to an impressive performance from Adam “Assault” Garcia, EG comfortably took the second series to take a victory nobody saw coming. Aches and Apathy would take their second rings while Assault and Justin “Silly” Fargo-Palmer would secure their first.

Follow us on Twitter to keep up to date with all CoD Champs 2019 news. let us know if you're excited for Champs by tweeting us!