Here are 5 moments in Modern Warfare history that caused controversy and will shape the new Call of Duty game.

We've had a few accounts on how it is shaping up from community members, that were lucky enough to see it for themselves, it's been touted as the most controversial campaign in Call of Duty history. There have been plenty of missions that have created controversy in the franchise history, lets revisit some of those moments. 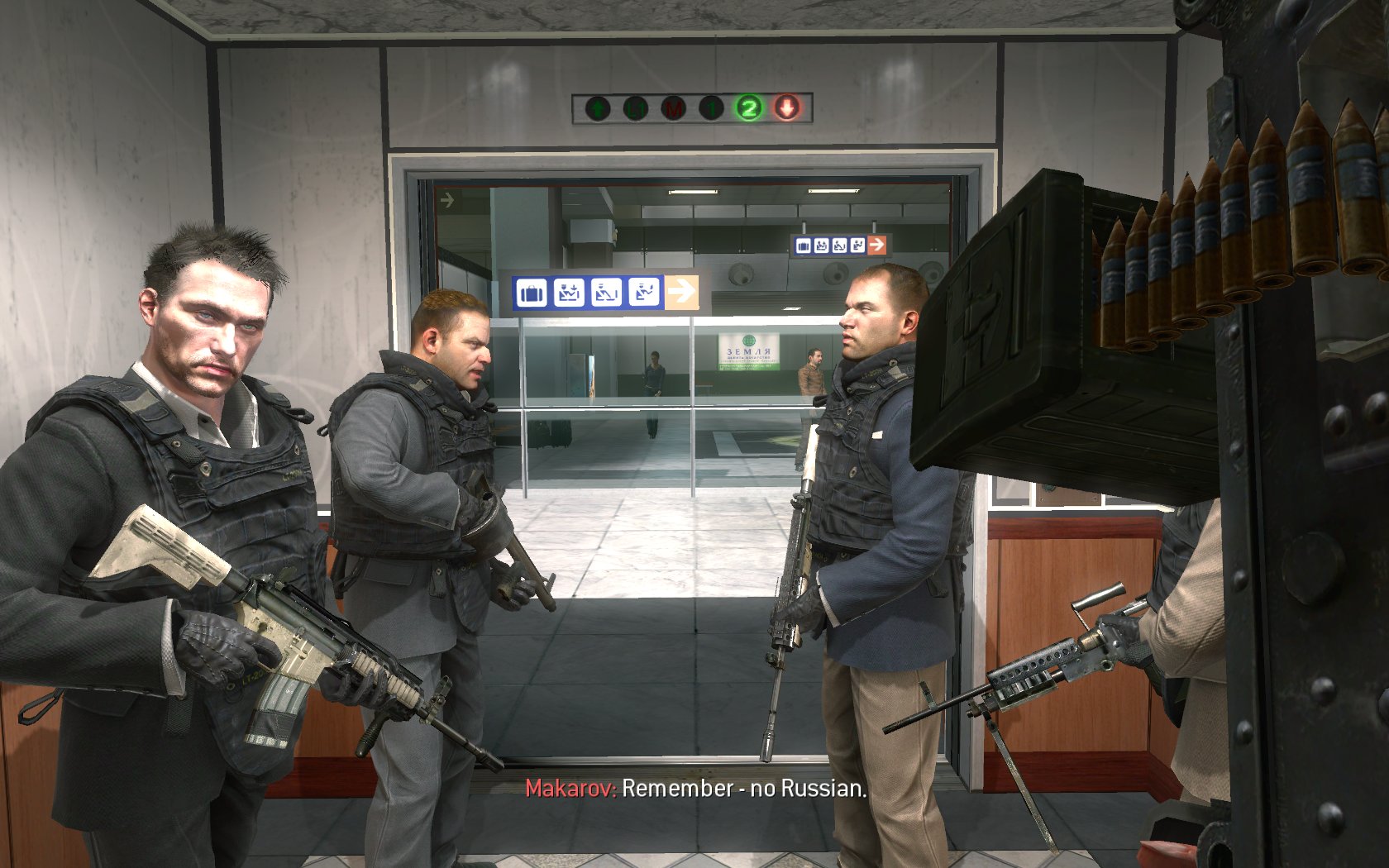 Yasir Al-Fulani was the leader of a revolution against the previous monarchic government, but he was then accused by Al-Asad of "colluding with the West" in opposition of the goals set by the revolution. As a result he is captured and executed on live TV. This is a very powerful moment early on in the campaign, where the player experiences the scene from a first-person perspective. Although the player doesn't see the exectuion, the idea and concept of broadcasting such an event could be seen as glorifying such a horrible act and is a cause for concern on a global scale.

The fourth mission in Modern Warfare 2's campaign takes place at Zakhaev International Airport, hundreds of civillians are massacred. You follow Vladimir Makarov as his crew kills those in attendance in brutal fashion; to wrap it up he turns on you in the last act of the mission. The combination of NATO weapons and equipment, English-speaking shooters using military terminology and the body of an American soldier, makes it appear to the Russian Government that the attack was supported by the U.S. Government. The most controversial scene in Call of Duty history needs little explanation as to why it's here, to witness the culling of so many innocent victims is a horrible sight that would unsettle anyone, especially when you consider the character you are playing is undercover and is participating in this act.

After starting World War 3 and killing John "Soap" MacTavish, Captain John Price and Yuri set out to end Makarov's reign of terror. It's a gruling battle as the two heroes fight their way through the hotel to find their way to Makarov, stopping him from escaping on a helicopter in the nick of time. The final visuals of the Modern Warfare trilogy is that of a limp Makarov hanging from the ceiling, a real odd sight to process for the player. It's another instance that glorifies death and the act of killing another human being in a grotesque manner, even if he is portrayed as the villain.

During the Modern Warfare 3 campaign, the 'Davis family' are on holiday and filming their time in London. A van pulls up behind them with two Russian men dismounting and running off - not long later the van explodes and unleashes a chemical attack. This hits very close to home, considering it is based on a real place and there have been a few cases of London bombings in the past.

This scene involving the Russian President in Modern Warfare 3, tasks you with protecting the Russian President as his private jet is hijacked. During this sequence the plane ends up hurtling towards the ground, causing the passengers to fly around the cabin before it finally crashes. At the end of the mission, you stumble through the wreckage to find the president, only then to be shot by Makarov and have the president kidnapped. This scene is a frightening portyral of a plane crash and the panic that it can cause for those onboard as it descends to earth, especially as you walk past the wounded and deceased after the crash.

Gamescom 2019 is fast approaching where we will hear lots of information about Modern Warfare 2019. Read more about Gamescom here.