Check out the killstreaks we think should return in Modern Warfare 2019.

We’ve covered Modern Warfare 2019’s weapons and maps that we think should make a return to the eagerly awaited release of Call of Duty: Modern Warfare. One other major talking point in this year’s iteration surrounds killstreaks.

Killstreaks were first seen in Call of Duty 4 and since then have grown to be a staple of the franchise. Let’s take a look at ten killstreak rewards that should return on October 25th; which you can pre-order now. 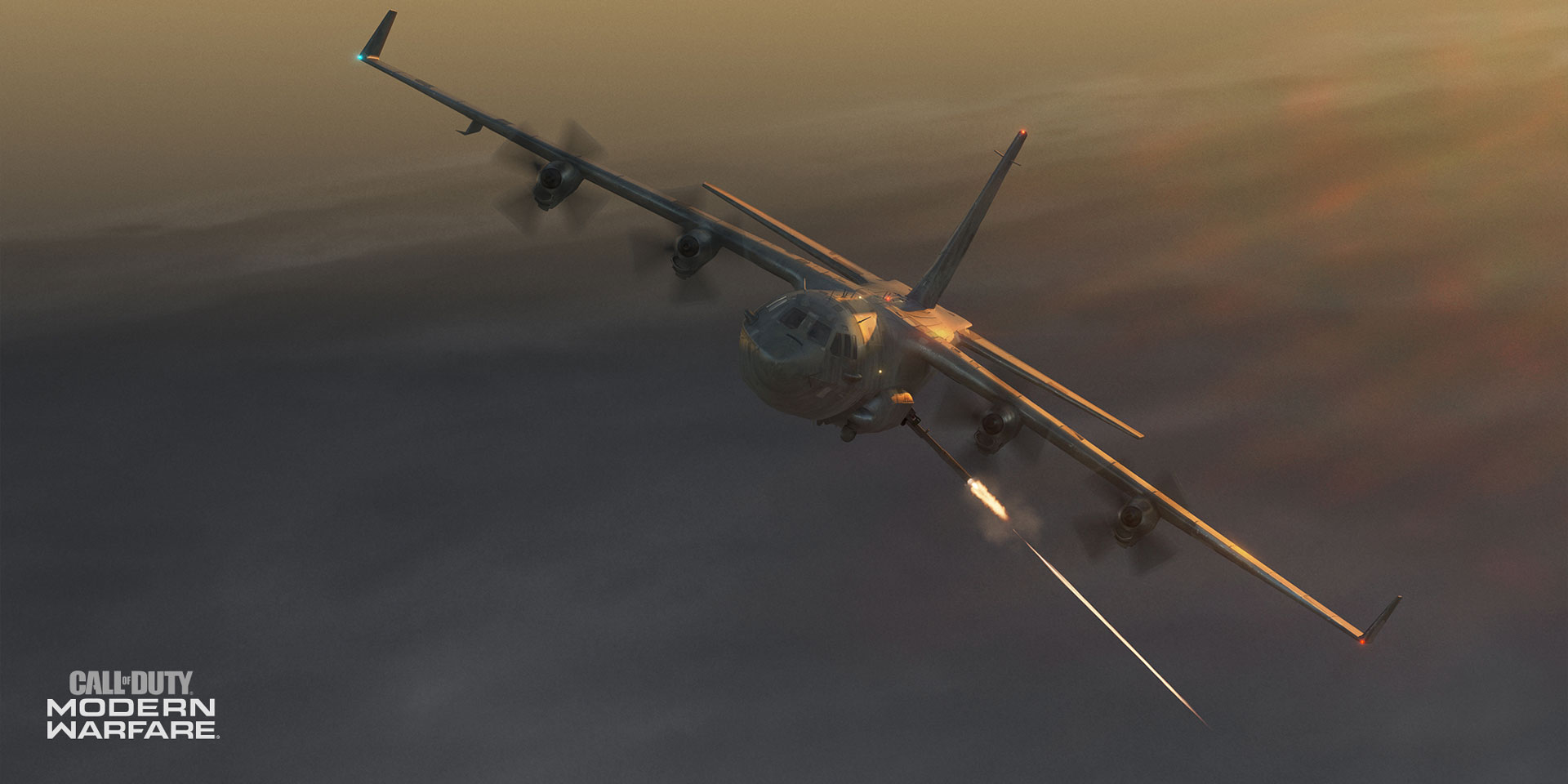 The Strafe Run from Modern Warfare 3 delivered devastating force and at only nine kills to score, it was relatively easy to obtain. Five heavily armed helicopters would rain heavy fire down on the opposition and was perfect to defend objectives. It could be ideal for locking down a Hardpoint hill, slaying any opponents that attempt to breach. Having already seen plenty of stealth in the reveal trailer, the Stealth Bomber would be a perfect addition to multiplayer. Appearing in Modern Warfare 2 and 3, the B-2 fighter jet remained invisible to your radar as it unleashed an unforgiving carpet bomb on the map. Ideal for small maps, the stealth bomber would often take down anyone who wasn’t in cover. This killstreak would pair nicely with our selection of returning maps. If you’re like me and end up dying before getting a good killstreak, the emergency airdrop from Modern Warfare 2 and 3 was perfect to earn high-level killstreaks, while scoring a lot less kills. Requiring only eight kills on Modern Warfare 2, the airdrop deployed four care packages on your desired location. No matter what gun you're using, you can count on a great return for your investment. The surface to air missile turret from Modern Warfare 3 needed just eight points to earn when using the Support package. Automatically locking onto any enemy air support, the SAM turret fired numerous missiles in order to take them down. If you want to the use the War Pig operator’s pistol on the new title, the SAM turret would be perfect for keeping the skies clear so you can run the powerful secondary weapon. Eagle-eyed CoD fans may have already spotted the return of the juggernaut in screenshots of Modern Warfare. Last seen on Modern Warfare 3, the juggernaut was earned after 15 kills and armed players with an M60 LMG. This massive armour enhancement came at the expense of your mobility, making them vulnerable to attacks. Judging by the picture, the juggernaut will be upgraded with a rapid-fire chain gun – this makes it a great tool for objective game modes and taking down opposing killstreaks with ease. A step up from the standard attack helicopter, the Pave Low was most frequently used in Modern Warfare 2. The large, heavily armoured helicopter was much harder to destroy and packed much more of a punch than the standard chopper. Despite the extra firepower, its size made it a sitting duck and could be destroyed quickly. As it has made an appearance in two games previously, it should be a shoe in to reappear in Modern Warfare 2019. As one of the default killstreaks from Modern Warfare 2, the Predator missile was unlocked after five kills. Players took control of a guided missile to eliminate their opponents. Hitting the fire button, while the missile was travelling, also gave it a speed boost. The missile was great for handling static targets like Sentry Guns and Harriers too! This killstreak would provide some variety and an alternative option to the traditional airstrike. Known for being the ‘beginning of the end’ in the pursuit of a Tactical Nuke on Modern Warfare 2, the Harrier Strike consisted of two airstrikes and a Harrier jet. Earned after seven kills, the Harrier was the best way to earn higher killstreaks. This killstreak would be a great pairing for the Crew Expendable Operator to help provide aerial cover and eliminate players that are out of range. Considered to be one of the most powerful killstreaks of all time, the chopper gunner from Modern Warfare 2 gave players nearly a minute to control a mounted machine gun within an armoured helicopter. With no cool-down time on the turret, it was easy to rack up multiple kills with ease. Due to its powerful nature, the return of the chopper gunner would make for the perfect top tier killstreak. Last on our list is arguably the most well-known killstreak in the history of the Call of Duty franchise. Earned after 25 kills in a row and 30 respectively, this streak would exterminate the opposing team. From a nostalgic perspective, including a similar killstreak into the new Modern Warfare title would keep in line with past titles. With Gamescom 2019 approaching, we expect the killstreaks available to me announced. Read more about Gamescom here.