Super Smash Bros Ultimate: All Fighters Pass 2 Characters That Should Be Added

A Fighters Pass 2 could be coming as the Nintendo Direct informed us more characters are being developed for SSBU. Here are ten characters we think could enter the melee.

The very first Smash fighter for Fighters Pass Vol. 2 was announced this week in the form of Min Min, an ARMS character and member of ramen royalty, adding a new level of variety to the fighting game.

That leaves just five slots in the finale Fighters Pass for one of Nintendo Switch's most successful titles.

So who will be joining the melee? Here are a number of characters we expect to join.

With the next Pokemon game available and recently releasing its first part of the Expansion Pass, the Isle of Armor, we're all expecting a cross-over; besides who doesn't love Pokémon fighters?

To make a guess on which Galar Pokémon will get the spotlight is tough. If I had to hazard a guess, it would be the third evolution of Grookey. As a chimp, he would have a very natural transition into the fighting game. We have Incineroar and Greninja, all we're missing now is a grass type. Other than Nintendo's mascot already existing in the game, it's a mystery why this crafty incarnation hasn't featured - especially as we already have 2D fighters such as Mr. Game & Watch.

With the upcoming Paper Mario: The Origami King game releasing, there's plenty of potential for Paper Mario to succeed and it will certainly bring that X-Factor to the Fighters Pass.

Make full use of his paper tailored abilities such as turning into an Airplane, or utilising his brand new 1000 fold arms.

If Link can have three variations of himself, surely Mario can get one? 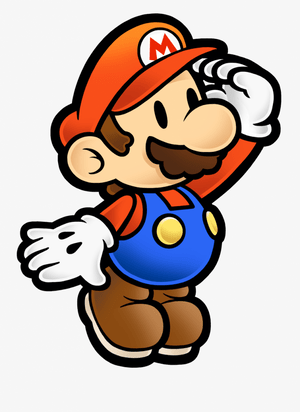 The wacky Bandicoot has come back recently, along with his classic titles, that made him the king of console platformers. Now we're being treated to his first game in 10 years with Crash Bandicoot 4: It's About Time. What better way to continue his comeback than spinning his way into one of the world's most inclusive titles?

He has an arsenal of combat moves, that have been featured in his own titles, such as his sliding kick and the super body slam. We could even see him utilise items such as the Wumpa Fruit Bazooka or use Aku-Aku as a shield.

The question is, will Sony play nice or is this character just too N’Sane an idea? If Microsoft and Nintendo can reach an agreement for Banjo-Kazooie, what's stopping lightning from striking twice?

The ‘M’ rated squirrel may not have a vast moveset, however, thanks to his colourful game ‘Conker's Bad Fur Day’, he does have access to a number of weapons like a frying pan, shotgun, slingshot and throwing knives. I know this is a wild suggestion, however, we’ve seen some surprising additions in the past and at some point, Nintendo will run out of unique franchises to draw from.

I imagine this character playing very similarly to the Villager from Animal Crossing; relying heavily on objects to brawl with. The farmer could borrow a similar set of mechanics like 'Timber'. More conventional and unique mechanics could involve the various tools the farmer utilises to maintain its crops.

It would be a great way to advertise the recently announced Harvest Moon: One World.

This great addition would allow players to play as a male or female farmer. Rayman has had a home on Nintendo platforms since its creation, including his crazy partners ‘The Rabbids’.

When you consider Rayman’s moveset, it would appear rather limited to just shooting energy spheres; as seen in ‘Rayman 2: The Great Escape’. However, in ‘Rayman 3: Hoodlum Havoc’ he had access to a range of new abilities that transformed his attack potential. This included things such as extendable claw weapons and remote-controlled missiles.

Mind you, it wouldn’t be a bad thing having a less creative moveset, he would make a fantastic brawler if Ubisoft gave the green light. The battery-powered robot, who’s game revolves around cleaning for humans, may not be a household name but could be a sleeping giant.

The major obstacle he faces is that he’s only 10 centimetres tall! One of the top choices for brawlers, who could join the franchise, has to be Viewtiful Joe. It’s almost a crime we haven’t seen him enter the fray sooner.

The superhero has the ability to utilise his ‘Viewtiful Effects (VFX) power’. We’ve seen characters in the game use power bar mechanics to enhance their abilities and this is a huge core mechanic of Joe’s kit.

These powers unlock the ability to manipulate time, it may be tricky to implement these correctly, but we have seen time manipulation before with characters like Bayonetta. The star of the bizarre puzzle game would certainly present a unique addition to the fighting game.

This character could go in a few different directions with its playstyle. He can exclusively use a transparent ball as a means to brawl, he could team up with the other monkeys to execute attacks or he could be a brawler that has similar moves to Diddy Kong.

With this addition, we could see different skins that allow you to play as the other characters in the franchise such as MeeMee, Baby and GonGon. Super Smash Bros Ultimate has truly treated us to some unthinkable additions, as well as having answered our prayers for new characters on multiple occasions. Is it finally time for Waluigi to make his appearance as a fighter?

Waluigi has yet to be seen in Smash despite overwhelming requests for him. So far his only appearance has been as an obnoxious assist trophy. What may be hindering his addition, is the fact that he hasn’t starred in his own video game, thus limiting his tools and playstyle to stretch only as far as the sports games he appears in.

However, we have seen other characters with limited potential make it and wouldn’t it just be the icing on the cake to complete this incredible roster? After Banjo-Kazooie’s appearance, I’m a believer in anything.